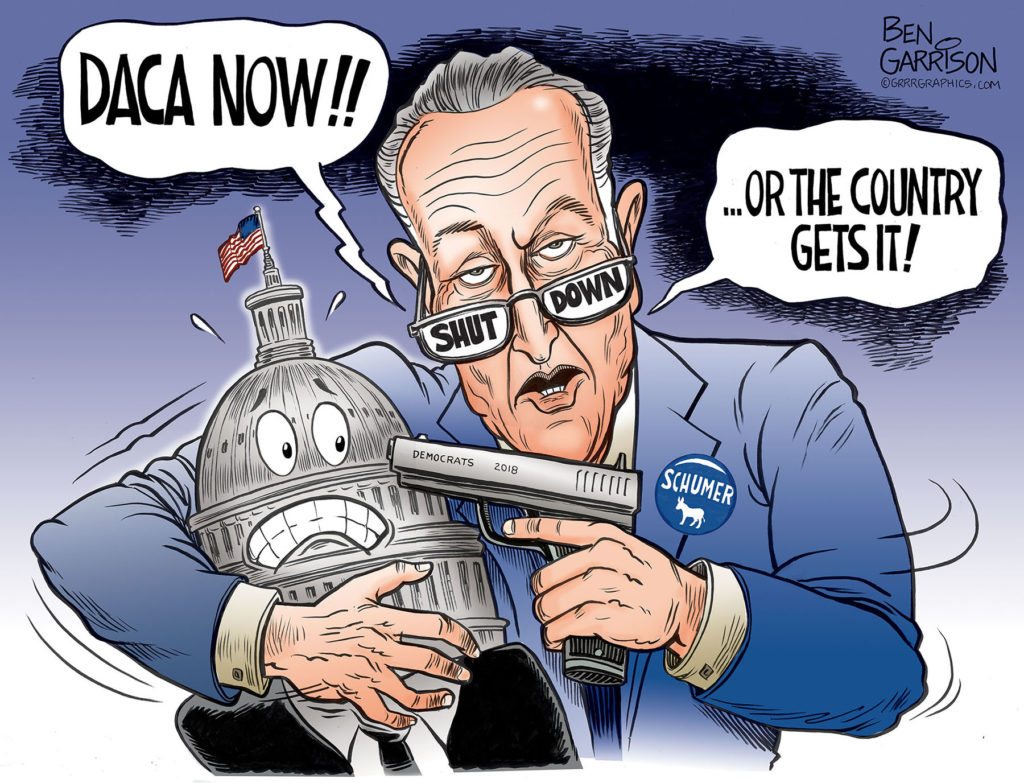 Update December 18th, 2018 Another Government spending bill must be funded and the Democrats are up to their old tricks with threats of Government shutdown and how horrible that would be unless they get their way. They want open borders, no additional border security, and zero wall funding. Will Trump call their bluff?

While House and Senate Democrats say they will risk a government shutdown to not fund border barriers under Trump, illegal immigration to the country has soared to record levels over the past two months.

In November 2018, there were close to 52,000 border crossings on the southern border, alone, marking the highest level of illegal immigration in the month of November since 2006. Breitbart

“(Schumer is) holding citizens hostage, in favor of non-citizens. Before this election, I never would’ve expected Democrats to be so open and brazen about their (lousy) plans, but here we are. Trump really does have a way of making his enemies tell the truth.”

I saw this post on Reddit and it was the direct inspiration for this cartoon. Senator Chuck Schumer apparently favors illegal immigrants over our country. Of course, I used the capitol dome to represent the country while fully realizing that the government is NOT the country. However, shutting down the government due to illegal immigration may not be the complete story. I suspect the Democrats are also trying to deflect from the FISA abuse memo, which leads to ObamaGate, a sordid tale of corruption far worse and widespread than Watergate.

Cartoons that are Politically Incorrect? we got them! Support with a Donation today

That corruption runs very deep. Top ‘officials’ at the FBI and CIA have been politicized. As in bought out. They all expected Hillary to win.

Now, like Hillary, they’re scrambling to put together a defense (Russia Russia Russia!) while destroying evidence of their criminality. It’s disgusting.

Lock them up. Lock them all up!