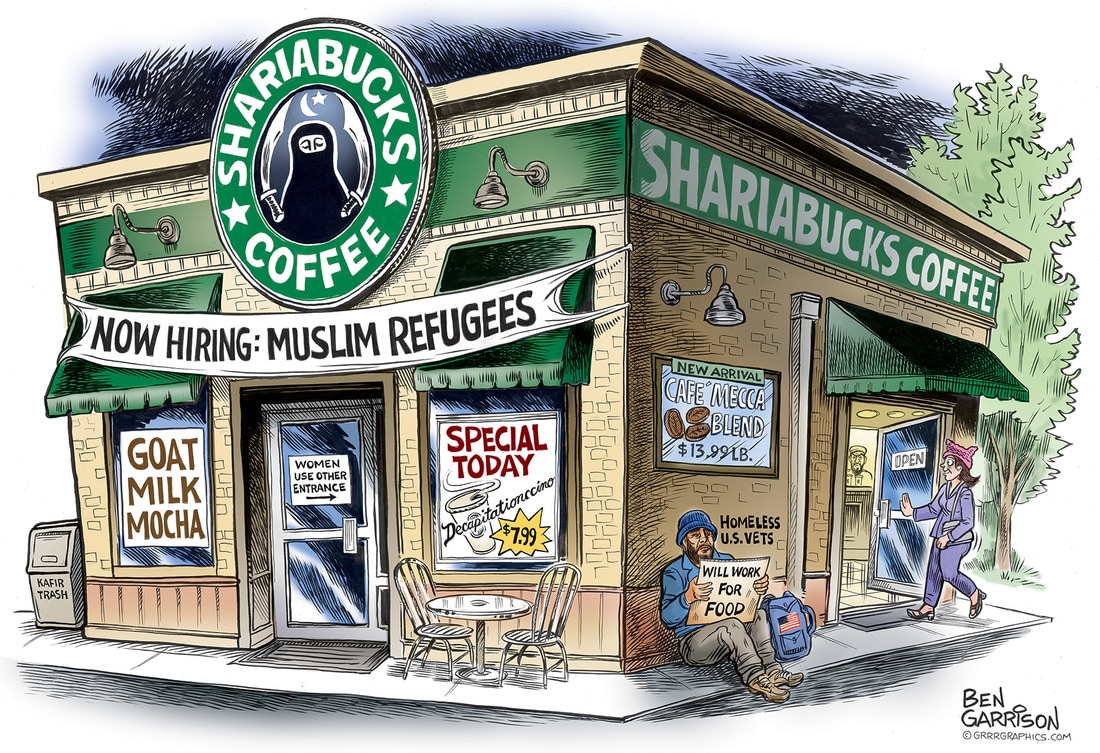 Starbucks to close 150 stores, three times the number it historically shuts down annually.

A meme box is circulating on the Internet. It features the face of Steve Jobs with the proclamation that he was the son of a Syrian refugee and therefore we should accept all Syrian refugees. The logic of the left is often predicated on such fallacies of logic. The average IQ of a Syrian is 83. Hardly ‘insanely great.’ If you mention that to one of the leftist virtue posturers however, you’ll most likely be smeared as a ‘hater’ or ‘racist.’ The protestors demanding the importation of Muslim refugees are doing it to feel good about themselves. Feelings are of paramount importance to them. They probably feel a happy warm glow inside because they think they are helping people. Helping people is progress. They are progressive.

The problem is, their idea of help does not involve voluntarism. Their idea of ‘common good’ relies on government force, and who gets to decide what this ‘common good’ is? Why, the lefties, of course! They want to help people by using bigger government and more taxes. Don’t agree? Don’t want to pay those taxes? There’s always a chance that well-armed government operatives can show up and make you pay–and if you resist, you could be killed.

These progressives now want to force upon us millions of Muslim refugees, who tend to be young, single males. That’s a recipe for crime and terrorism. In Sweden, only a handful of these refugees become employed. Most stay on the dole. Rape statistics are off the charts. Importing such a disparate culture into Europe has been a disaster for western civilization. It didn’t work in Europe, but somehow it’s magically supposed to work in America?

We see similar liberals here with the same welcoming signs and the same virtue posturing that we saw in Europe. The CEO of Starbucks outdid them all by promising 10,000 jobs to refugees. Shouldn’t Americans get those jobs first? NO! It’s about importing more Muslims who want their own culture—Islam, which they consider superior. It’s about tearing down western civilization in order to usher in world government.

Wake up and smell your burnt coffee, Starbucks. You are brewing up big trouble and I for one will no longer patronize any of your establishments.

Wake up and Share a MAGA Coffee with Ben!