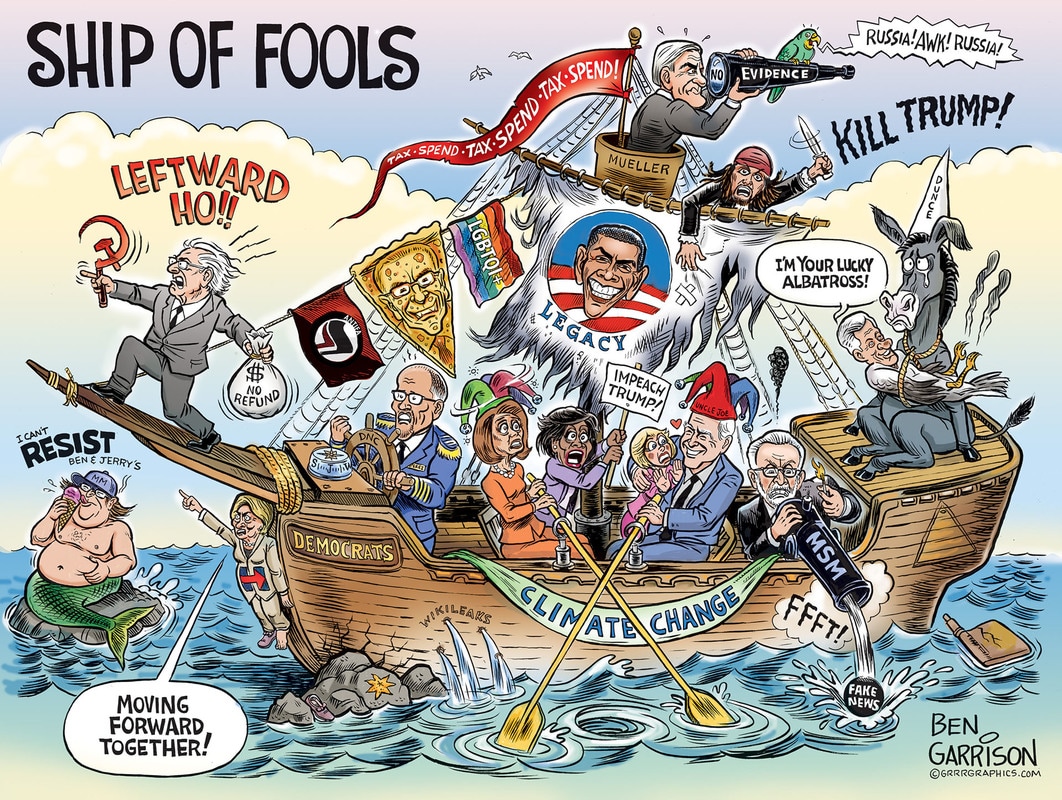 UPDATE: Jan 3rd, 2019 The Democrats take control of the House of Representatives with Nancy Pelosi as Speaker. Will the Democrats overreach and try to impeach the President?

Many folks in media are definitely on the Ship of Fools. This week the Lame Stream Media is proving (yet again) that they are either…

Our propaganda pundits are working overtime to crank out FAKE NEWS. Thankfully, the New Media calls them out on their lies in near real time.

The Democratic Party is in decline. They have no real leaders on the horizon and those running the show are hopelessly corrupt. The Clintons are criminals. Nancy Pelosi is losing her mind. Joe Biden is a laughable pervert. Podesta practices Satanism. Bernie Sanders isn’t a ‘progressive.’ Stop calling him that. He’s nothing more than a communist who pocketed donations from the common man. Bernie knew he had no chance against the DNC machine. Despite the rigging and abuse he faced, he endorsed his abuser. Perez, the new DNC chairman is a ‘nut job.’ Maxine Waters is a raving lunatic.

The sycophant mainstream media supporting the Democrats continue to double down on the ‘Russia’ narrative nonsense even though it has been proven over and over to be fake news. Some of them have now been caught admitting that. Hollywood and their ilk can do little to regain relevance other than to call for resistance against President Trump. Some even call for assassination outright.

The Democrats have become defacto Socialists who want open borders and globalism. The LGBQT+ crowd keeps adding on letters and that’s all about shutting down free speech and destroying the family—and even reality. Their behavior is exactly what the communist globalists want. Call someone who considers themselves ‘intersexual’ a male or female? Then you’re a hater or a whatever-phobe and some will demand that you pay a large fine or be locked up because feelings were hurt.

The Neo Cons in the Republican Party are on the same page as the Democrats. Until Trump came along, there was really only one giant globalist party running the show, but now they’re on the rocks, thanks to Wikileaks and truth tellers on the Internet.

How can the Rudderless Democrats right their ship? For one thing, they can take down the dirty sail that is Obama. He did his best to destroy America. Start repudiating the fools who spout lies and nonsense. Throw the Clintons overboard or even better—lock them up. But mostly, they need to do what Trump is doing: Put America first. Don’t hold your breath on that ever happening.