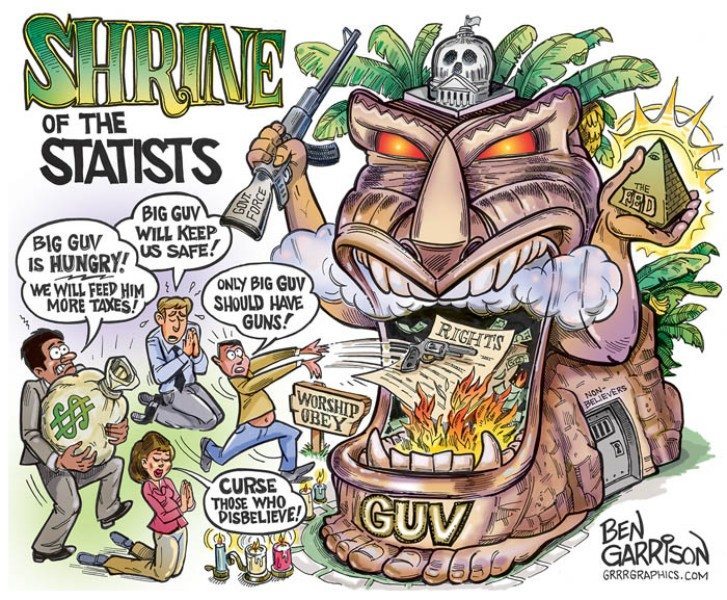 I decided to draw this cartoon as a retort. I was also inspired by an episode of Star Trek, in which naive, simple people depended on a scary tiki-like god named ‘VOL’ to solve all their problems and keep them safe. “VOL makes the grass grow…he put fruit on the trees!” And so on. The controller god in my cartoon is called “GUV.”

A final reason I drew this was due to a recent conversation I had with a friend who thought that not to support the government was somehow ‘unpatriotic.’ Wrong! True patriots believe in the Constitution and condemn the government when it abuses the people. It’s our duty to do so. People have become afraid to question the government as it tries to condition citizens into believing that less government leads to ‘anarchy.’ I guess anarchy is another word for ‘freedom.’