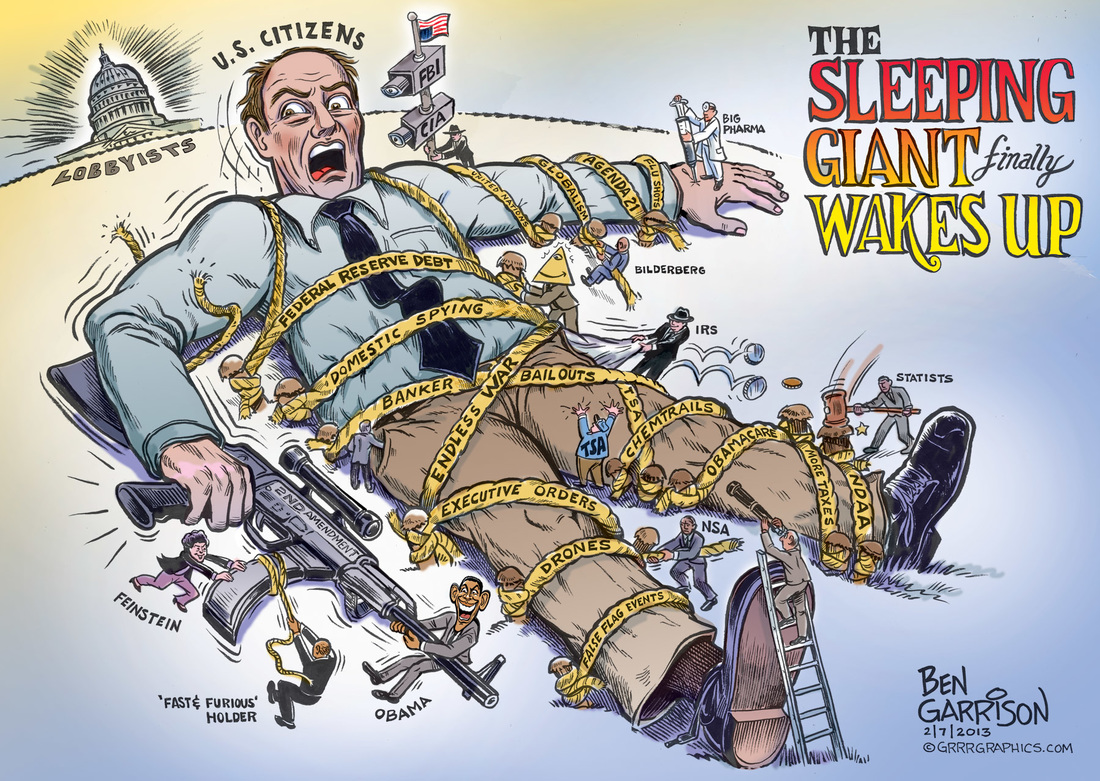 In “Gulliver’s Travels,” the main character finds himself roped down by Lilliputians. Government was originally intended to be small and unobtrusive, but of course now they are anything but. They are becoming more and more emboldened to take away more and more rights of the citizenry as they are hypnotized by corporate main-stream media propaganda . With the latest attempt to destroy the 2nd Amendment, government has finally caused many to wake up and pay attention.

The government has crossed a line in the sand. A line that shall not be infringed. The president has declared he can kill any American citizen anytime he likes…with no due process whatsoever. That’s the talk of a tyrant. The people are aware that government agencies have been buying up hollow point cartridges by the millions. They have been buying up assault weapons, setting up camps and buying armored vehicles. When only the government is allowed to own guns, it’s a bad, bad sign and anyone who knows anything about history knows that.

The assault on the 2nd Amendment should be a wake up call to all Americans. It’s time to stop giving up our freedoms in exchange for ‘safety’ and ‘utopia.’ If we do that, we will have and deserve neither.