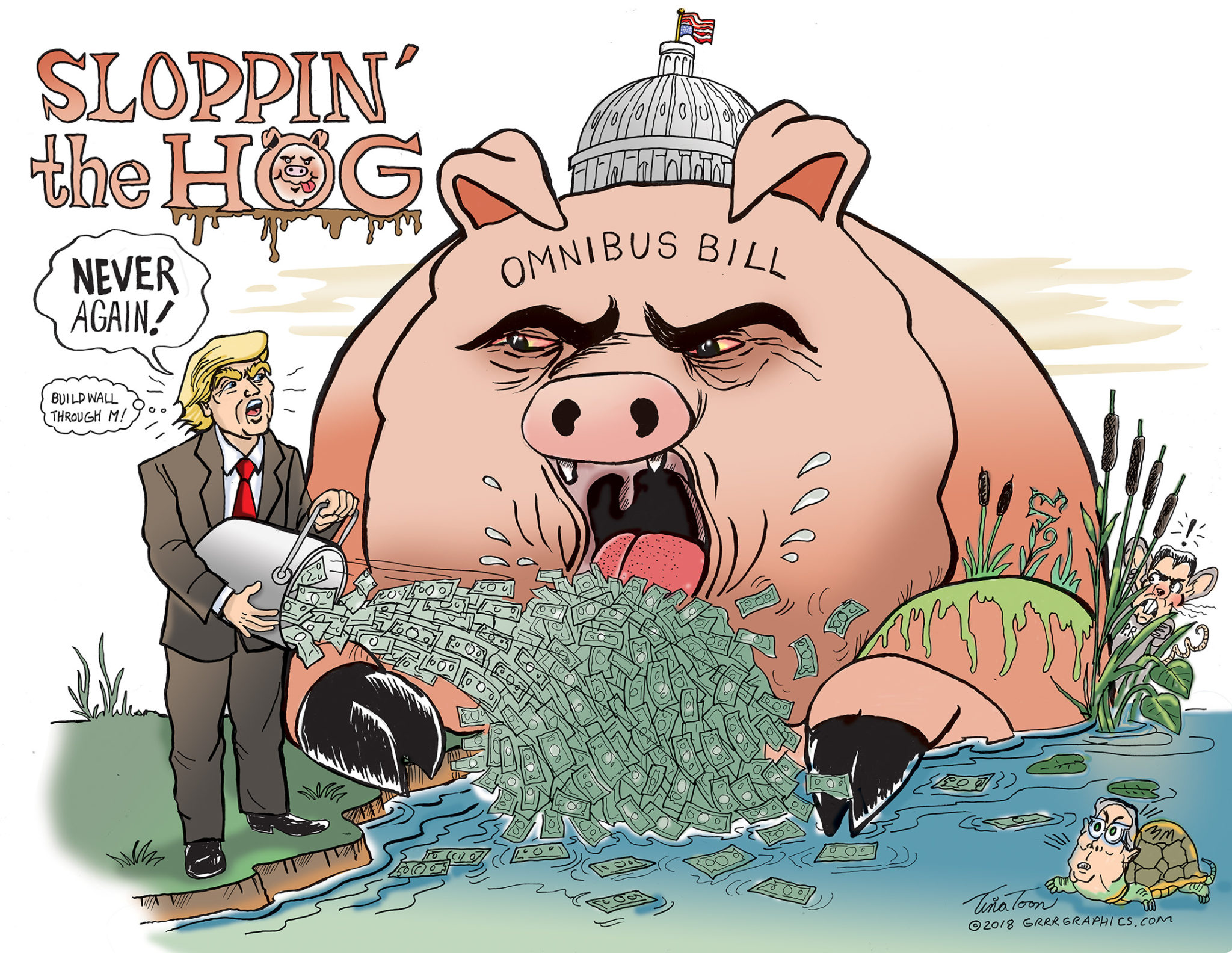 President Trump signed a bloated pig of a spending bill that’s bound to rile up some of his supporters.

I was one of them at first, but we must realize Trump is dealing with a monstrously corrupt Deep State Swamp and to get what he wanted in the short term, he had to sign it. In the long term, he vowed to veto such travesties in the future. Never Again!

You know the 2,232 page bill that many didn’t even read is bad if Nancy Pelosi and Chuck Schumer celebrated its passage. The neocon Republican swamp critters Paul Ryan and Mitch McConnell pushed the bloated spending bill and both of them totally betrayed Trump.

The bill was chalk full of earmarks. $500 million for planned parenthood, for example. Gun control was worked in as well. But our president signed it to get more money to service our military empire with a side benefit of beginning a border wall. It was a compromise, but it’s bound to be a disappointment to all of us who want Trump to drain the swamp, not feed it.

Trump knows this and would not let MAGA die on this Omnibus hill.  A day later we were treated to this tweet from the President. 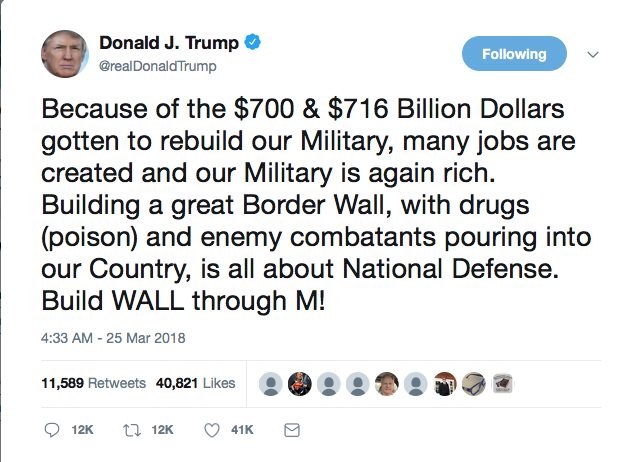