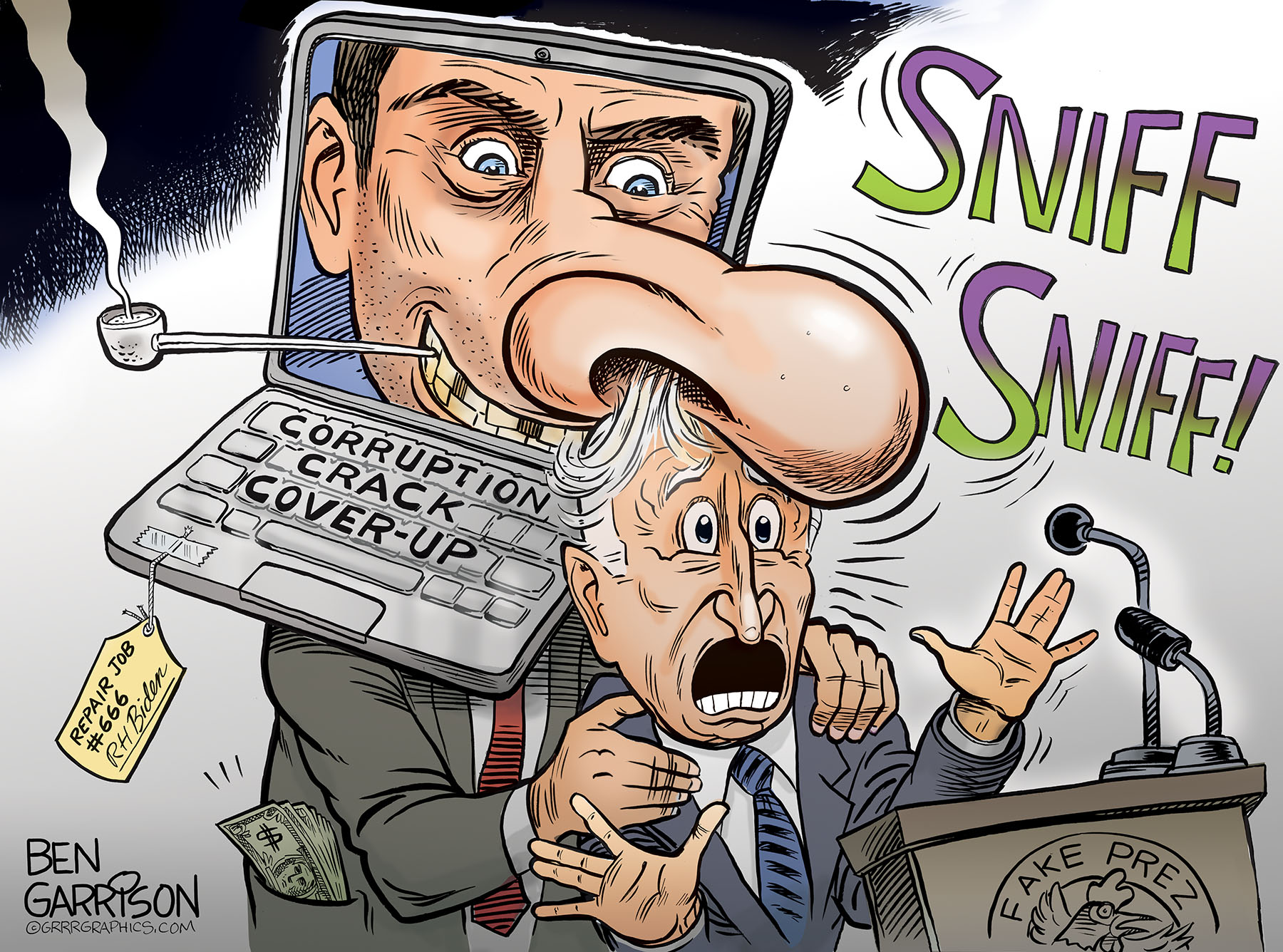 It’s not ‘Russian disinformation.’ It’s real. It has always been real.

The FBI and CIA protect that swamp as well. They have become politicized. They sat on the laptop and did nothing because they wanted to help the sleaze bag that is Joe Biden. Twitter, Facebook, and the establishment media are censorious liars. They cannot be trusted. They banned countless people because they wanted to exercise their free speech and discuss the laptop during an election year. Social media certainly won’t apologize for banning real journalists who wanted to cover the sordid contents found on the laptop.

The laptop proves that Hunter was kicking 10 percent of the bribes he received from Ukraine and China up to the ‘big guy.’ His father. A Democrat-controlled Congress will do nothing about it. The Biden DOJ will do nothing about it. The corporate media is part of the Deep State Swamp. They will not investigate it. If they do mention it, they’ll probably once again blame it on Putin.

When Joe got his party’s nomination I remember a political analyst on CNN tell a blatant lie. He confidently said Joe Biden’s reputation is ‘as clean as a whistle.’ I laughed out loud. He obviously ignored how Biden’s brother cashed in on pre-arranged business deals thanks to Dirty Joe pulling political strings. Joe made sure Hunter raked in millions of dollars and even saw to it that a Ukrainian prosecutor investigating his son was fired. Joe is a habitual liar and the very face of political corruption. Hunter’s laptop only underlines that fact. Of course, the mainstream corporate media did the same for Obama. They ignored or covered up all of his many scandals and then began saying his administration was ’scandal free.’ It was anything but.

Make a one time donation- Keep Cartoons online- We are 100% funded by YOU! Click TO Donate

Aside from God, there’s not much left of our country that we can trust.