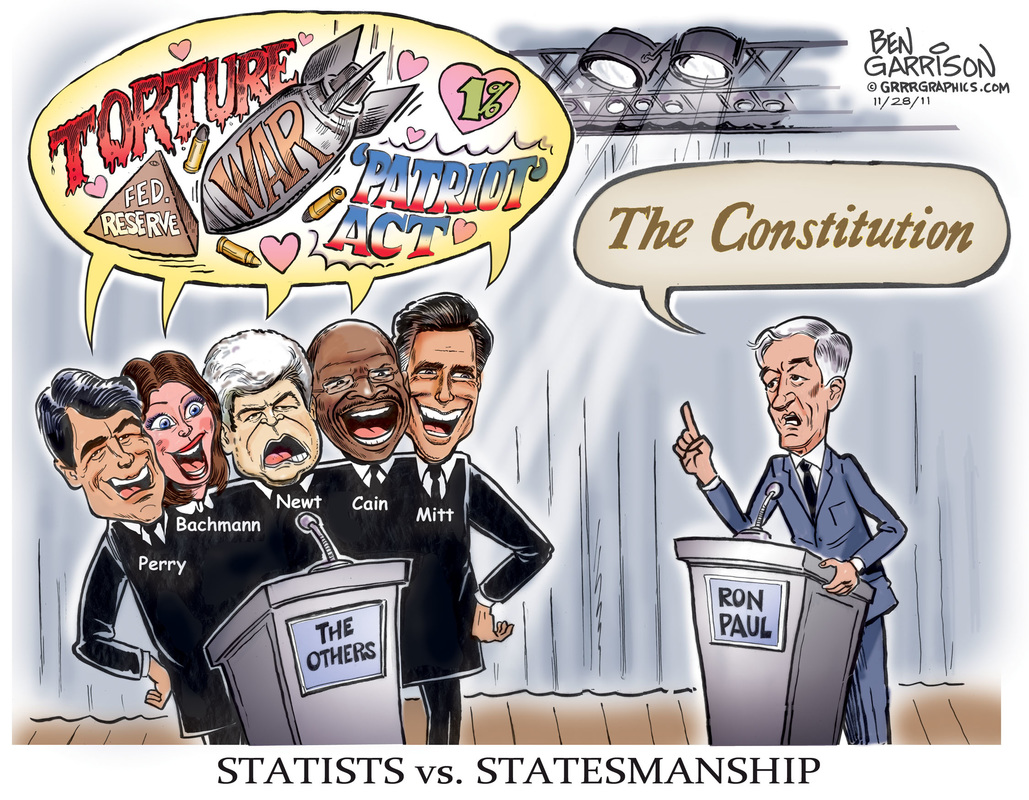 The Republican Debates have revealed a clear winner: Ron Paul. The other candidates stumble over themselves to proclaim their love of the Traitor Act (aka ‘Patriot Act‘) as well as war and empire.