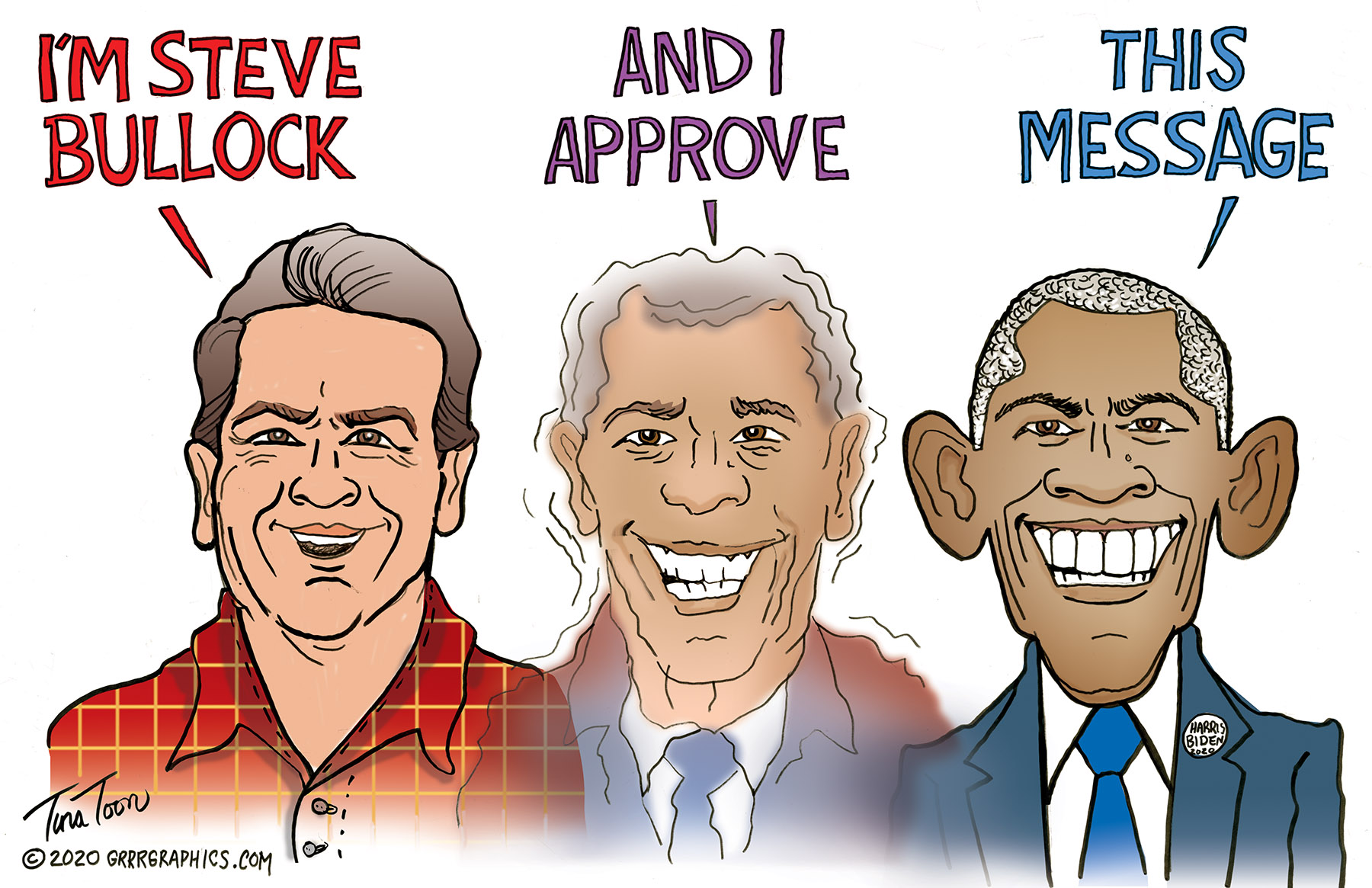 Steve Bullock, bad for Montana, bad for our nation.

Big money from out of state donors and super pacs is pouring into Montana. The Democrats, flush with cash from Big Tech and Wall Street, are flooding Montana with their propaganda.  Montana’s senator Steve Daines is up for re-election and DC Democrats hope to pick up his senate seat by running failed Governor Steve Bullock.

Bullock dances to Pelosi’s tune and likes to pretend he’s a Montanan.  Montana is tired of Bullock and his mask mandates and higher taxes.  Just another DC Democrat wolf in sheep’s plaid clothing.

Bullock has displayed a hostility toward women. According to the NRSC:

And the most recent controversy  was Steve Bullock coming out in favor of  packing  the Supreme Court in his recent debate with Senator Daines.

In 2016 Montana gave Trump a 20 point win over Clinton, we expect things to stay the same in Montana and Trump will win the state once again. Let’s keep Senator Daines in his seat and send Bullock packing …and we don’t mean the court!

Clown World reissued as a 11 x 17 print! Order Yours today!