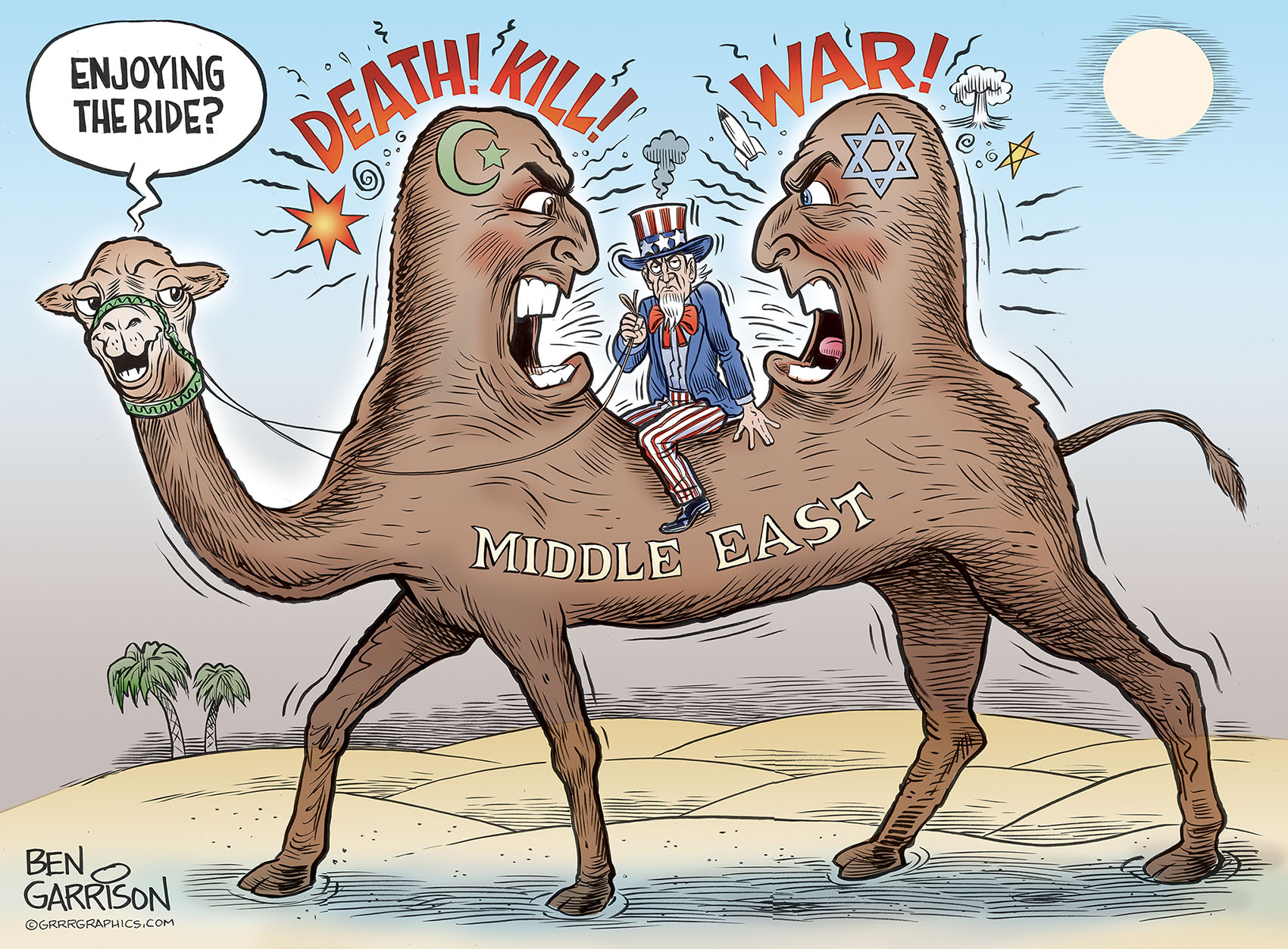 Nearly twenty years ago, Yasser Arafat turned down the best peace deal ever offered to the Palestinians by Israel.

I won’t go into it here, but it was a generous deal helped made possible by the hard work of Clinton and many others. Why did Yasser string them along only to say ‘no sir’ at the very last minute? Because he preferred jihad. His heart was filled with hate. He and his ilk wanted to drive the Israelis into the sea. The Palestinians wanted war—their hate insists upon it still. Hate is too well embedded into their psyches. They teach hate to their young children, so it’s passed down through the generations. There can be no peace among people of such irreconcilable mindsets. It’s similar to that ‘Star Trek’ episode in which the half black and half white aliens were so at odds with each other that peace was impossible. Even after everyone on their planet was killed in a massive civil war, they still fought each other. Hate was all they had left.

Israel has been in existence for 70 years now. It’s not going away. They have a right to defend themselves. Iran’s theocracy continually threatens to destroy Israel and they may be working on nuclear weapons to make that possible. Meanwhile, they fight a proxy war against Israel in Syria and elsewhere. Israel is threatening war to stop Iran from getting such nukes. America sends Israel massive amounts of money in aid—including military aid. I did a search and found the US gives Israel $10 million in aid. Per day. When will that end? Apparently, never. We are also allies with Saudi Arabia who fund Muslim extremists, terrorists and Wahhabism. McCain and Obama helped fund ISIS even though we were supposedly fighting ISIS. Gaddafi agreed to all of our peace terms and then Hillary had him whacked. The Saudi Crown Prince criticized Palestinian leaders for rejecting peace plans with Israel. Maybe because the Saudis are aligned with Israel in their hatred for Iran. Confused yet? Well, I am.

The latest deaths of Palestinians at the Israeli border have drawn widespread sympathy from the left. They accuse Israel of murder even though it was shown that Hamas leaders were paying those in the protest crowd to rush the borders. Many on the far right have always hated the Jews because some of them are associated with central banking. Some question the holocaust. Some on the hateful fringe claim it never happened, but then they demand we start another one because they say the Jews deserve it. I wonder if any of these people have even met any Jews. I have and the ones I’ve known have all been fine people. Some are Libertarians who want to protect our liberties.

Meanwhile, we’re still in Iraq and Afghanistan and helping Saudi Arabia with their war in Yemen and we pulled out of the terrible Iran ‘deal’ concocted by Kerry and Obama. As for me, I recommend we avoid more war in the Middle East, because it never seems to end and it does not benefit Americans. We have plenty of oil of our own. The Sunnis have fought with the Shiites for centuries and the land of Palestine has been ‘stolen’ by various peoples and countries since time began. It was the Jewish homeland long before the Palestinians claimed it. Let’s not waste any more American lives and money we can’t afford on trying to sort it all out for them.

More war will not make America great again. Let’s not get stuck in the middle in the Middle East.