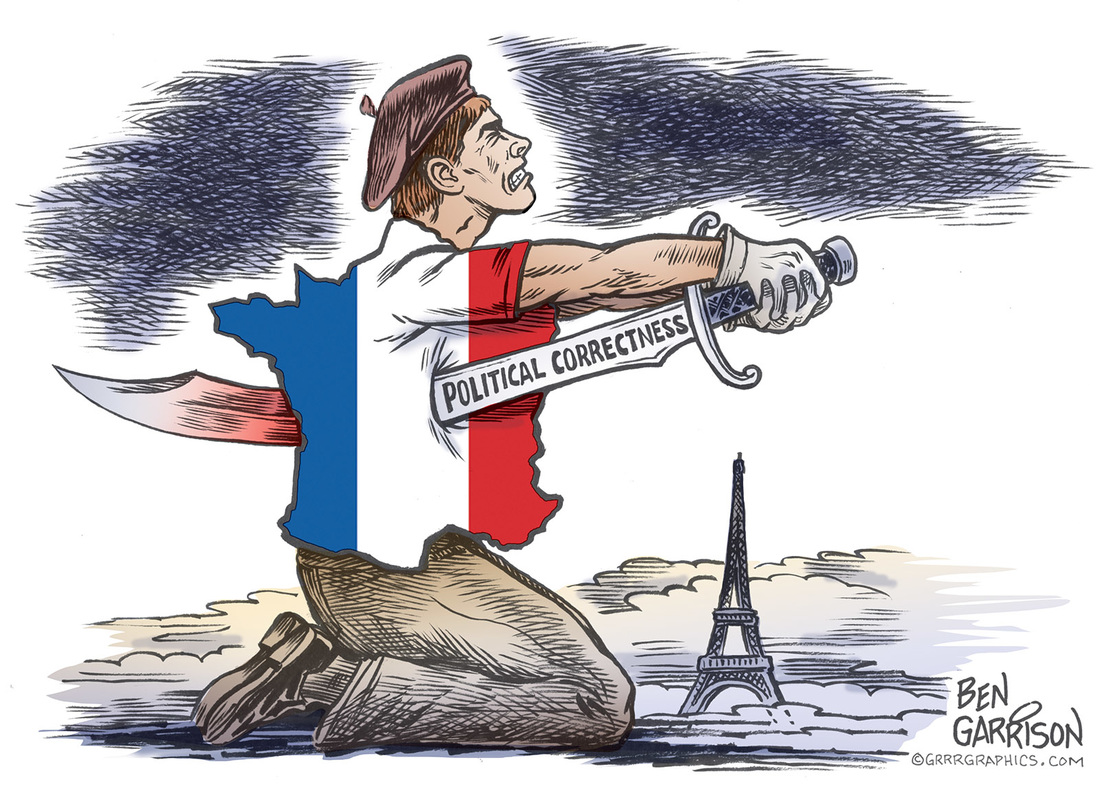 This cartoon features France and how political correctness has destroyed them.
They welcomed Muslims in and expected them to be ‘just like us.’ They also banned guns. They banned free speech. Nobody was allowed to criticize Islam without being called ‘racist.’This is the result.

While many Muslims ARE peaceful, many are not. Stating this fact does not make me ‘racist.’ Besides, Islam is a religion, not a race! ISIS members do not want to assimilate. They aren’t about to assimilate into western culture. They want to conquer. By force of arms or numbers. France has allowed this to occur. It’s suicide by political correctness.
It’s time to stop ‘welcoming’ millions of ISIS ‘refugees’ into Europe. Obama wants to import millions here, too. It won’t turn out well. Multiculturalism and diversity sometimes end up in balkanized divisiveness.
–Ben Garrison