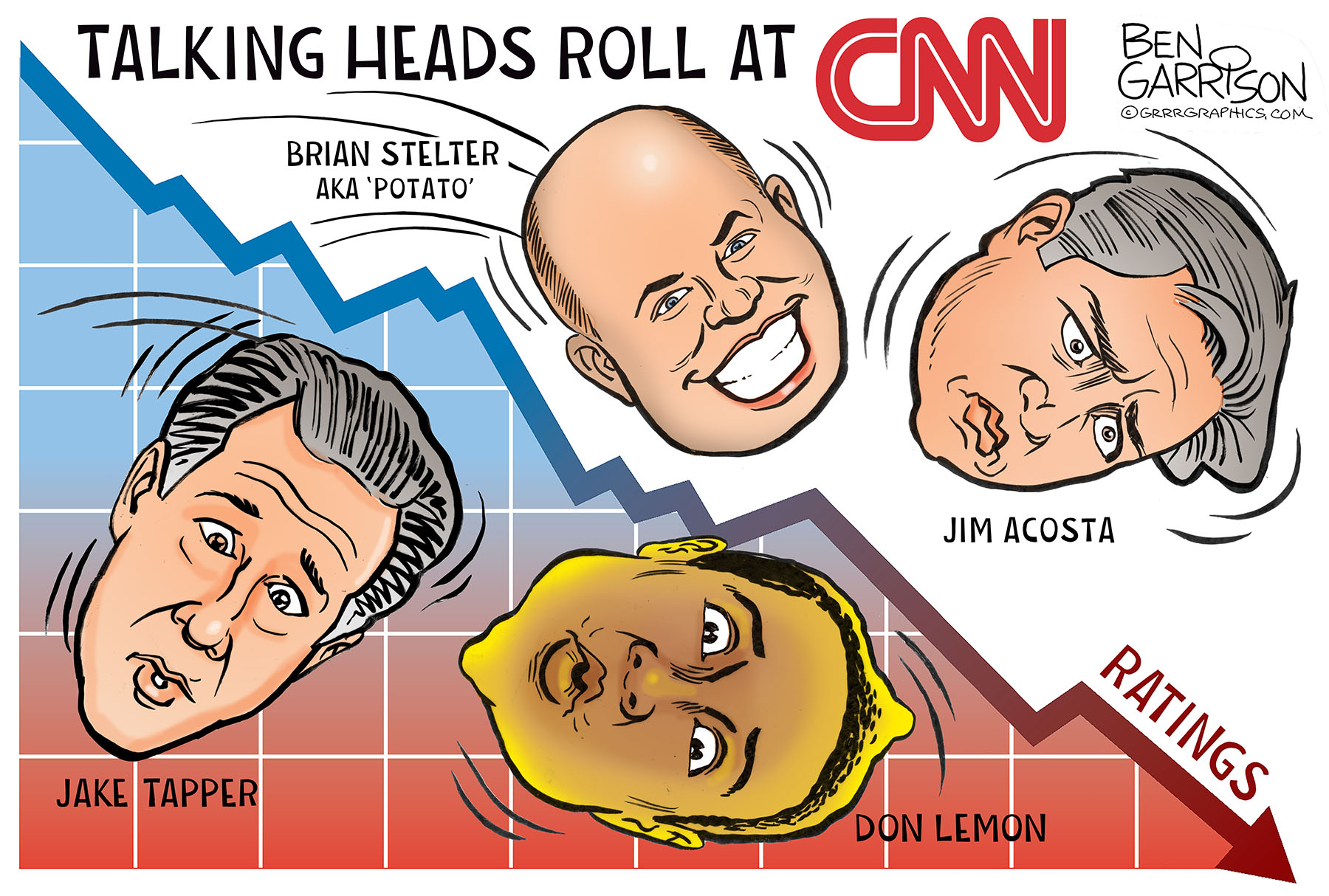 Who is next on the chopping block at CNN?

CNN’s new management apparently isn’t through restructuring the media company. Rumors are swirling that more “talking heads” will roll at “the most trusted name in news.” Don Lemon, Jim Acosta, and Jake Tapper had better watch their backs.

CNN’s new owners want to revive the failing network by means of a thorough house cleaning. Seems the new owners want an unbiased news network again. The brand name has become so tainted that it is now associated with “fake news.” Restoring their ’the most trusted name in news’ slogan could prove to be a daunting task.

Will the lying Lemon, failed cartoonist Tapper (who has repeatedly slandered Ben Garrison), and the virtue-signaling Acosta also get the boot? Each make multi-million yearly salaries, so it’s doubtful they will be reassigned. If they are, we hope it’s to the basement mail room.

In the meantime, we will enjoy the head rolling show brought to you by the “most busted name in news.”

Order the LOCK THEM UP Print Bundle at this special price!

Lock Them Up Bundle