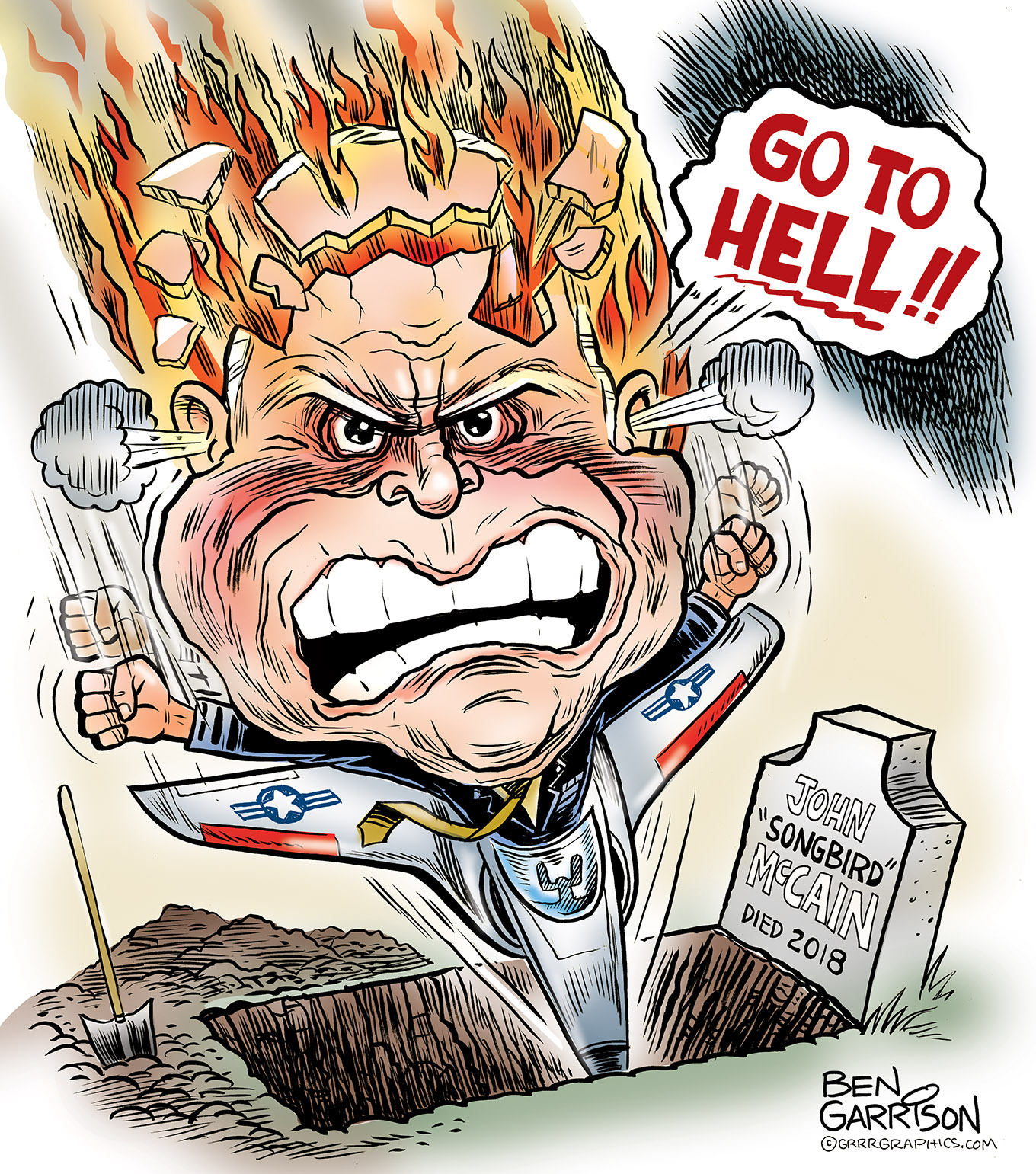 Ten Reasons Not to Mourn John McCain
UPDATE:  The more you know…..

“A guy in my neighborhood was stationed on the Forestall at the time of no-names “incident”. He nearly lost his leg. When he came home he told the story many times. no-name was the cause according to him. I know this as I followed his career and could not get over the fact that one so foolish could go so far. I wish I could have Richie contact you but he has passed on. Your one talented and based guy and your work is really appreciated. All the best to you and yours,” (Name removed)

UPDATE–I caught a lot of flak for the first one. Even some people who hate McCain like I do, they told me the facts show he did not cause the Forrestal fire. I’m not so sure, but I admit I could be wrong. REGARDLESS–he acted like a guilty man. He quickly left the ship with a reporter aboard a helicopter. He did this without permission and told the reporter he needed some “R and R.” So he spent several days in Saigon sipping on scotch and sodas. He missed the memorial for his dead shipmates. If he wasn’t guilty, he certainly ACTED like he was guilty! 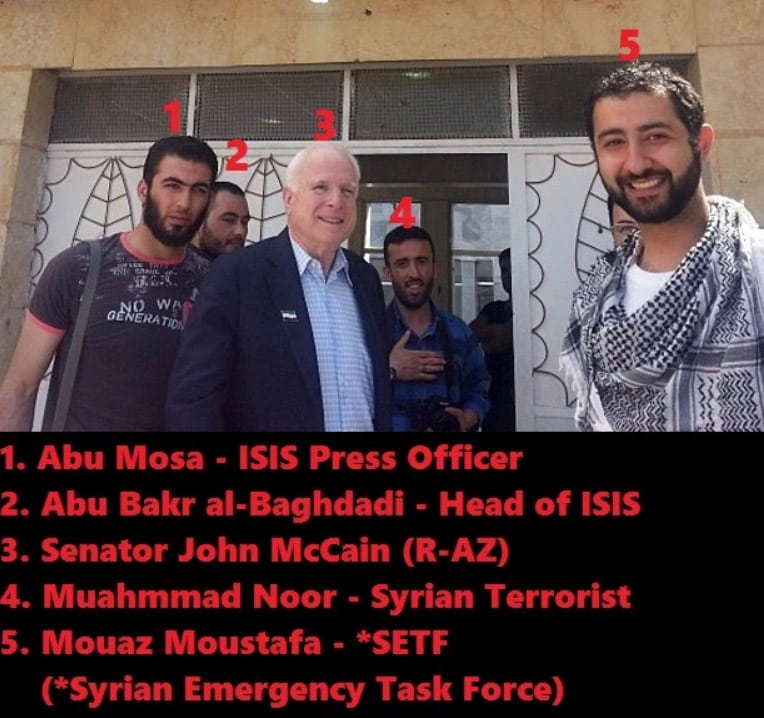 Good riddance to the bad rubbish who was John McCain.
—Ben Garrison
PS. Petty to the end, McCain said he did not want Donald Trump to attend his funeral and asked for Swamp Presidents, Obama and Bush to deliver eulogies. That’s all you need to know.
PSS. Suicide?  How do you stop medical treatment one day and the next day you are dead…hmmmm 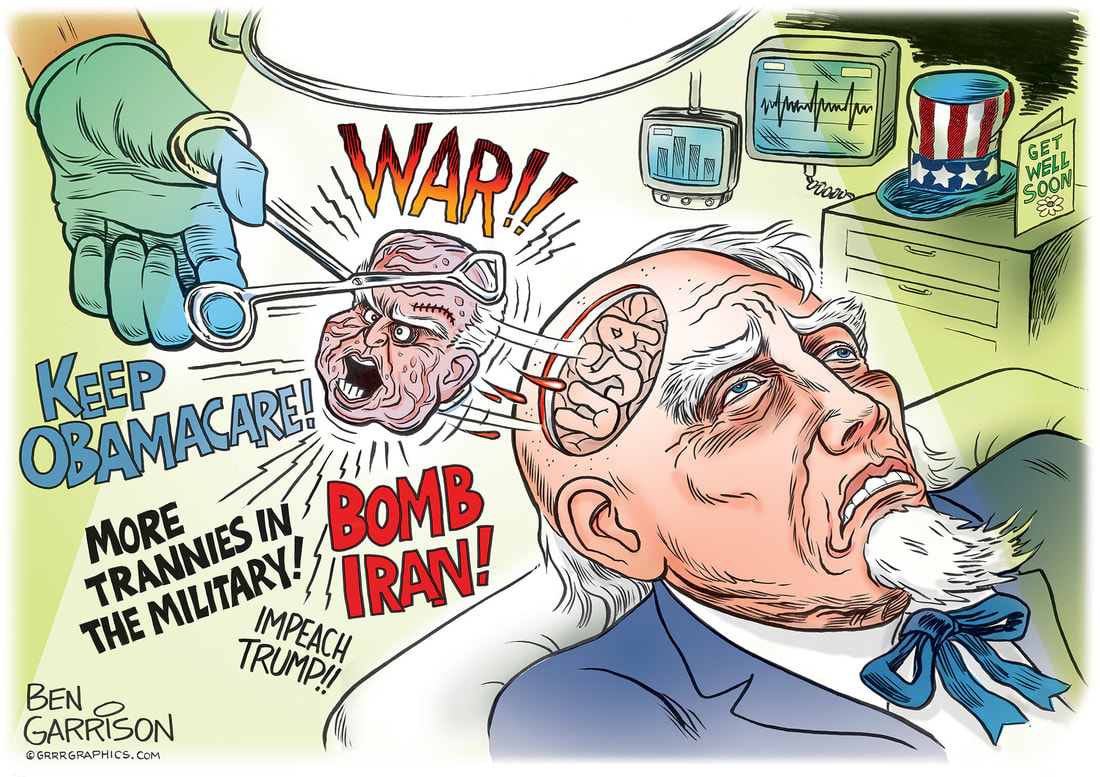 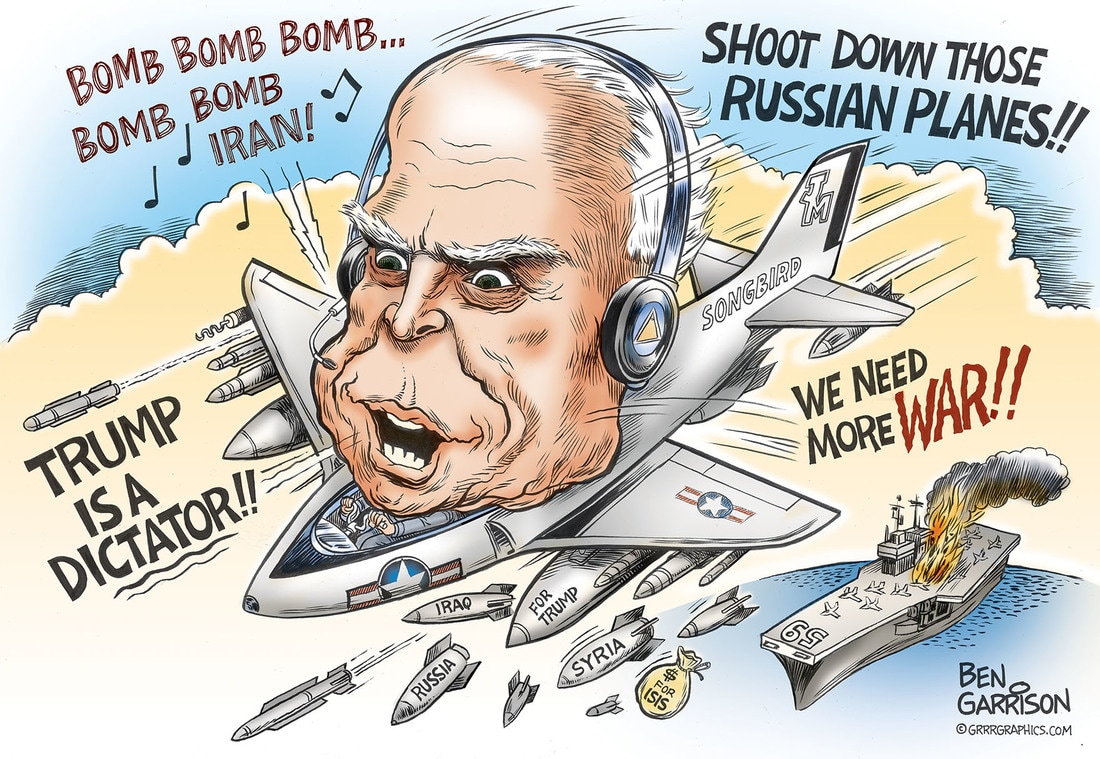 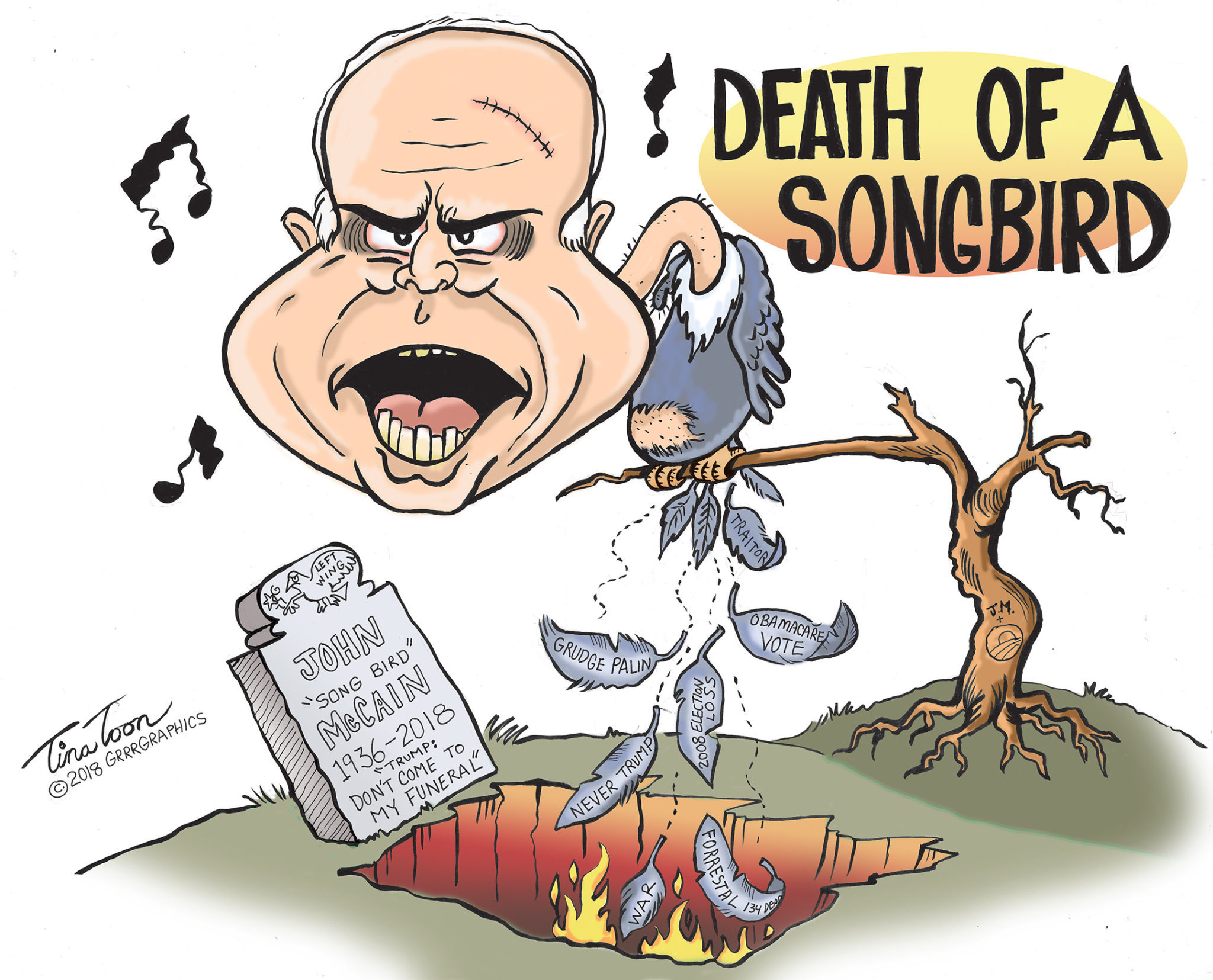