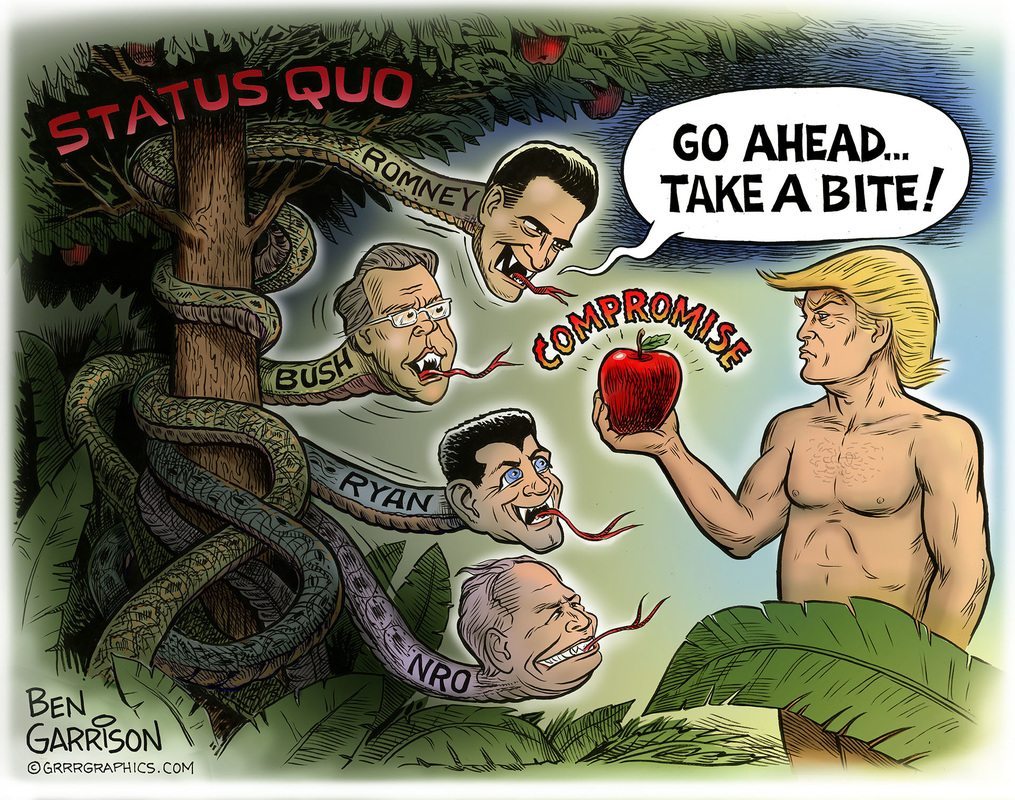 I’ve already drawn this cartoon, but today I heard some talk in the alternative media about how they expect Trump to compromise. They even hinted it’s to be expected. I disagree. He can’t be going down that slippery slope. If he does, the wall won’t be built and Obamacare won’t be revoked…and most likely, Hillary won’t be locked up. So I drew this cartoon to hammer home the point.
It’s funny how things have suddenly changed since the election. Now Trump is no longer the worst human being in the world. His attackers are even displaying some kindness and are being somewhat deferential to the new president. Trump is now considered a reasonable man! He will listen to politicians with experience. He can be persuaded. He’s an innocent in politics and needs to surround himself with those familiar with how the globalist, er American system works. That’s their new strategy. Ingratiation. Romney has congratulated him. Even the clown Glenn Beck wants on the Trump Train. NO!
I hope Trump doesn’t reward the neocon turncoats by giving them his ear. He shouldn’t even give them the time of day.
BG