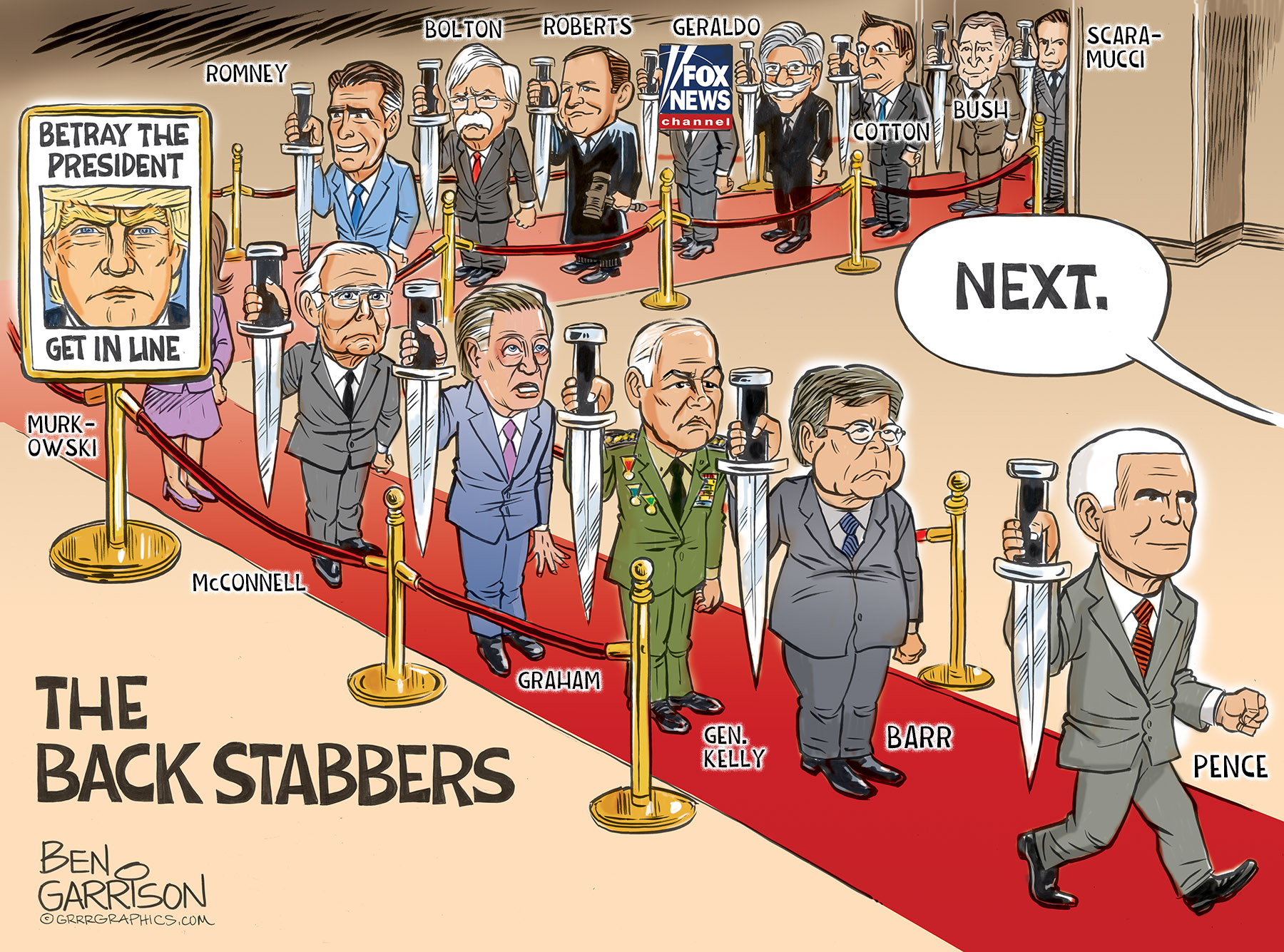 Follow us on Parler and GAB same id @GrrrGraphics

“They’re smiling in your face

All the time they’re tryin’ to take your place

Yesterday I watched a parade of Republican traitors stab our president in the back. All of them claimed outrage, therefore they had to support Biden. For the good of the country, of course. Our Republic ended not with a bang, but rather whimpering displays of virtue signaling.

Led by planted Antifa agitators, some pro-Trump protestors stormed the Capitol Dome, which was arranged in advance to be easily breached. Chaos ensued. After the murder of one Trump patriot, the mainstream media blamed it all on Trump. Even though the president was clearly not to blame. He did not call for violence or entry into the capitol. We MAGA patriots got the blame. I drew a cartoon about the protest and Facebook told me I was inciting violence. My page was banned. Twitter banned the cartoon.

Everywhere the long knives are out for Trump. We could have expected such behavior from the globalist neocons such as Romney, Junior Bush, and the never-Trumpers, but many Republicans whom I thought were patriots quickly caved and switched their allegiance to Biden. It’s all disheartening to say the least. Even Steve Daines, the Montana junior senator whom I voted for, turned on Trump. FoxNews was particularly shameless in their backstabbing.

Those of us who want to protect our freedoms and our Republic will now come under sustained attack. The Democrats want revenge. They were successful in their socialist coup by means of a stolen election, aided by foreign powers. We will never have free elections again. They have now become scripted. It’s theater. They will pretend we have a choice. We don’t. We have totalitarianism and the back stabbers are all too eager to ensure they have a role to play in our subjugation.

See the cartoon that got us banned on Twitter below, We have just begun to fight! 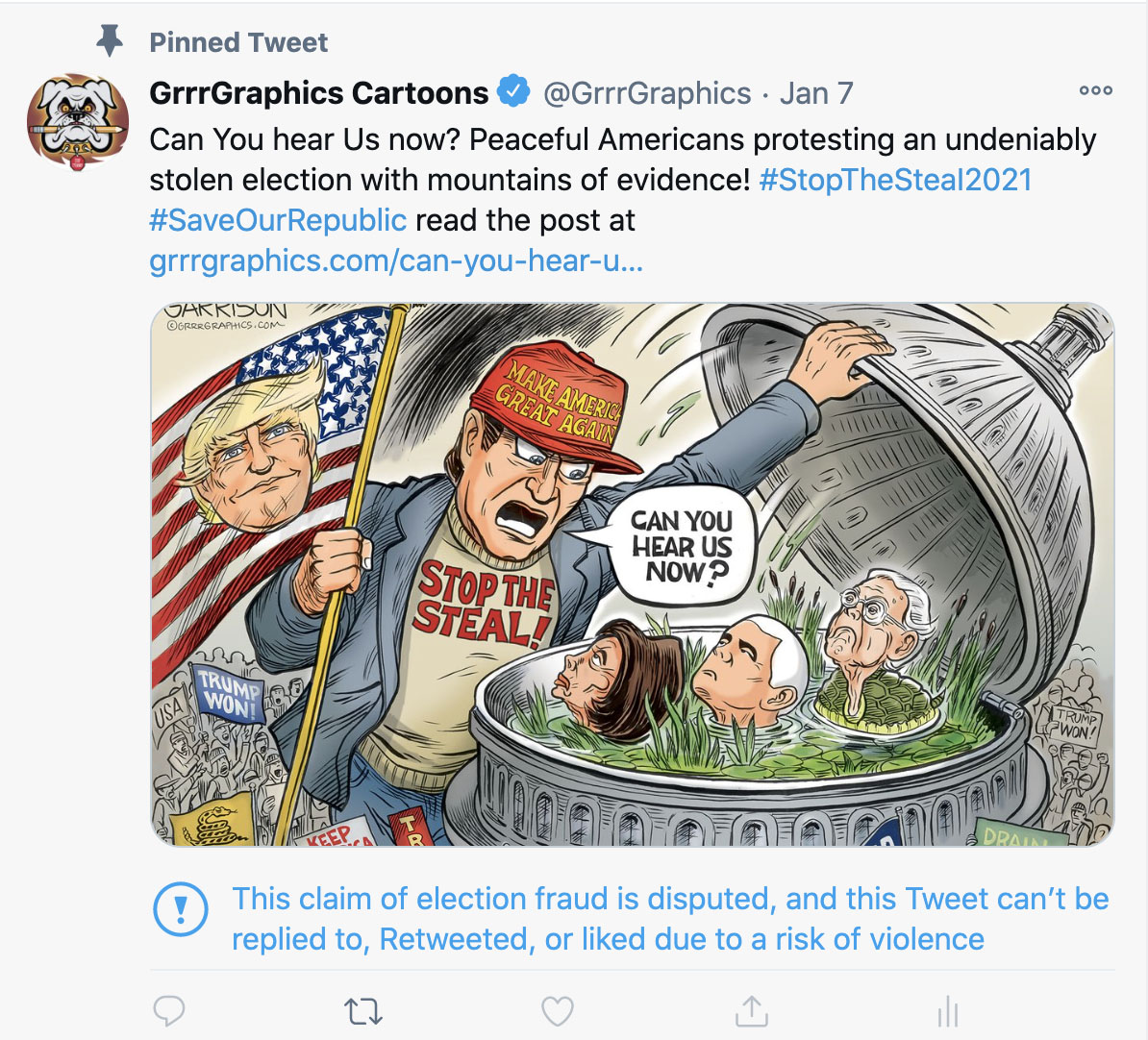 A Date that will live in History Order Your signed Print! Click to Order!

CAN YOU HEAR US NOW?