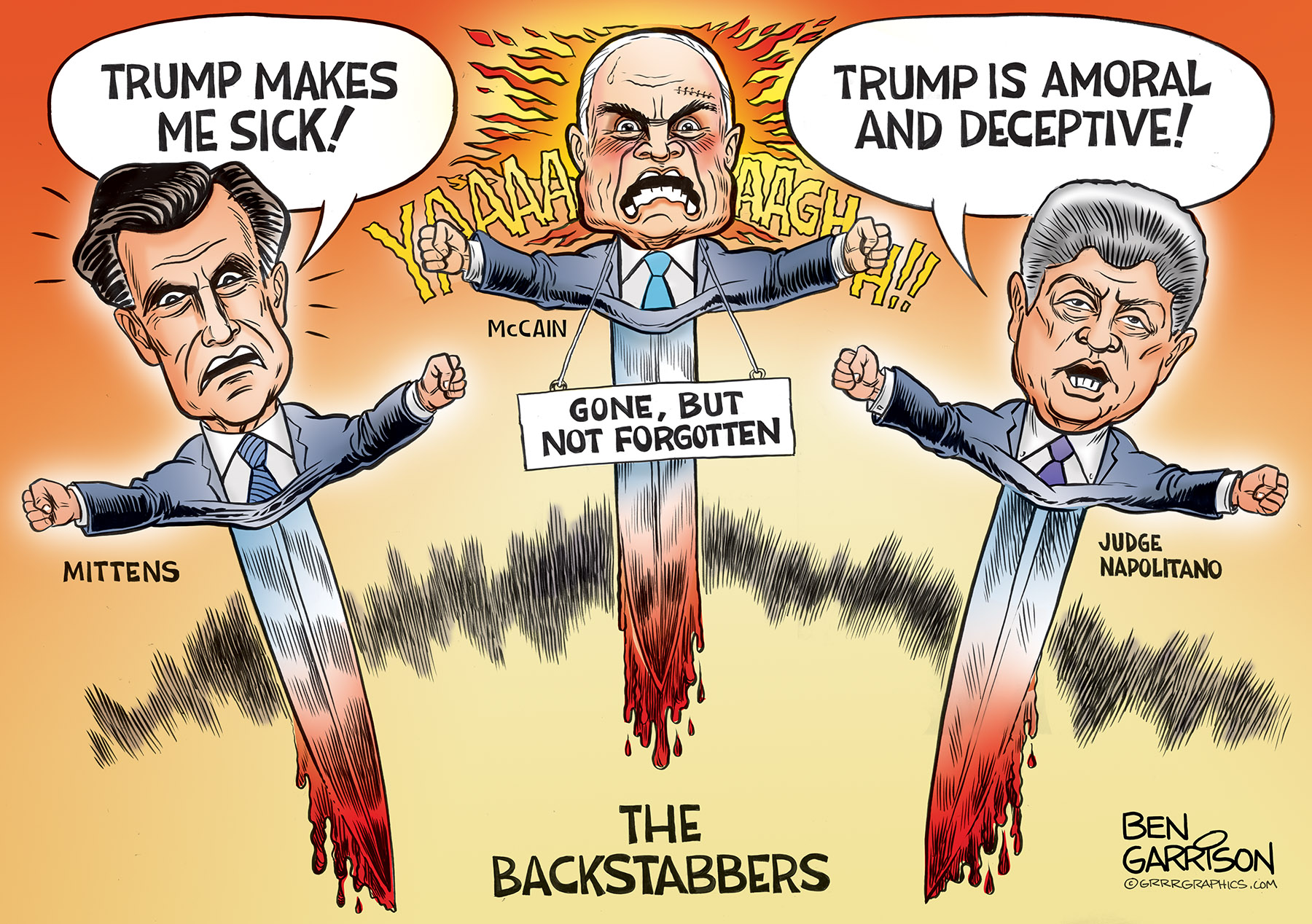 Hothead McCain epitomized what it meant to be a ‘RINO,” which means ‘Republican in name only.’

He voted no on repealing Obama Care, for example and supported open borders. He was a Deep State puppet, a warmonger and in the pocket of George Soros. Taking his place is Mitt Romney, who regularly condemns president Trump, perhaps out of jealously since he lost his own presidential bid.

What disturbs me the most, however, is Judge Napolitano’s behavior. He once supported Trump and in fact he made waves when he claimed Obama illegally wiretapped Trump and his campaign. That stance got him suspended from Fox News. When he returned, he began to take pot shots at Trump. Now he’s morphed into a ‘Never Trumper.’

This is very disappointing to me because I once listened to the judge regularly.

The Judge has now jumped the shark by claiming the Mueller Report contains information that could lead to Trump’s impeachment. It doesn’t, and someone as smart as the Judge must know it. Such backstabbing might keep him on the air and in the favor of the Deep State, but for me he’s been Deep Sixed.

If you want to join us on the 2020 front lines, please consider supporting GrrrGraphics on Patreon or SubscribeStar! See all cartoons early and exclusive cartoons for the community only !