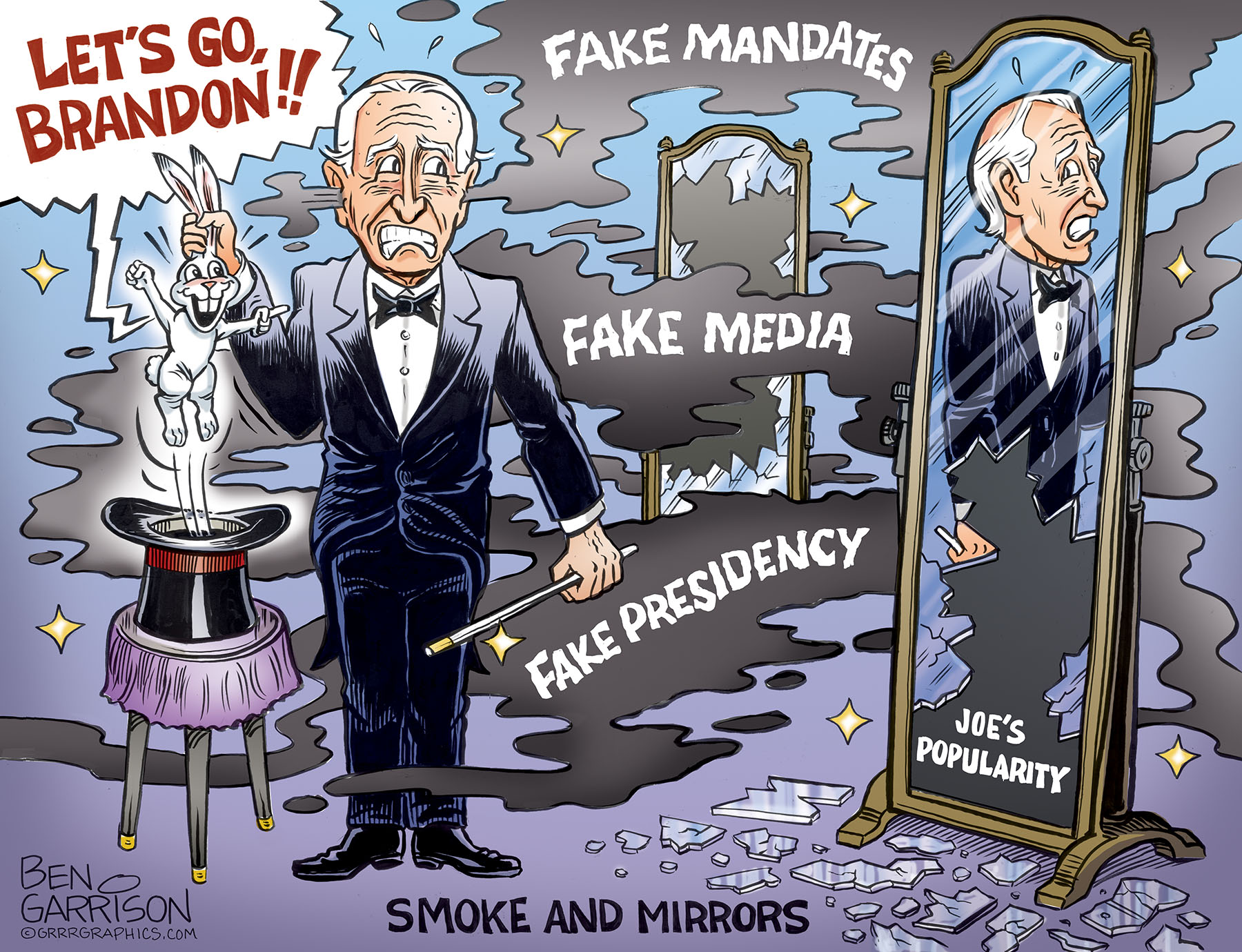 Joe is quite a magician.

He was not popular in many of the early primaries, then suddenly victories appeared with a wave of a wand. He could could only attract a few dozen people to his ‘rallies’ while running president. Trump was attracting tens of thousands.

Yet Biden magically won the election with more votes than any other candidate in history—more than Obama. Wow—what a trick! A candidate who lost in a landslide wins anyway. All those millions of non-valid ballots were counted by sleight of hand. It was an ultimate act of legerdemain! Joe continues to work his magic now that he’s supposedly president. He declared his Afghanistan withdrawal to be a success. He waved his magic wand and made it so! Joe can turn reality on its ear. It’s supernatural! He knows how to escape trouble far better than Houdini ever could.

Joe talks about his latest mandate as if it were approved by the Supreme Court. Yet it doesn’t even exist!

He never signed a mandate that ordered businesses to fire employees who refuse dangerous injections. There is no law because the executive does not create laws—Congress does.

Yet Joe can make everyone believers because he has a powerful prop known as corporate media. They back him up. They tell us Joe has a magic pen and his signature alone forces millions to do his bidding. Wow! Joe’s press secretary and assistant magician said bare shelves were a good thing—a sign of a robust economy. The redhead learned it from her boss. Joe knows how to cast magic spells by telling lies. He’s done it for countless decades.

Joe’s best trick is disappearing. He doesn’t like taking impromptu questions for the press so he simply disappears. You think Joe is in the White House? NO! It was actually a set—a replica of the Oval Office. He has a supernatural ability to create illusions. You think Joe is working hard to solve the difficult problems facing our nation? NO! He frequently disappears to Delaware home with a snap of his fingers!

Joe may have been outdone by the recent and extraordinary magic trick pulled by his Secretary of Transportation, though. Pete Buttigieg and his ‘husband’ were seen in a hospital bed wearing gowns and bracelets. They had just given birth to twins! How men can possibly have babies is the ultimate hoodoo. Pete must have liberally sprinkled fairy dust everywhere before his trick.

Joe’s magic is now wearing thin. His smoke and mirror tricks have become way too obvious. He’s starting to hear a lot of boos from Americans who can see through his illusions and gas lighting. Even the rabbit he pulled out of a hat made fun of him. Yes, Joe’s act is wearing thin.

The sooner the curtain falls on his sorry show the better.

NOW AVAILABLE AS A ONE OF A KIND NFT COLLECTABLE-COULD THIS NTF BE WORTH THOUSANDS IN THE FUTURE? ONLY TIME WILL TELL! CLICK TO VIEW AT OPENSEA