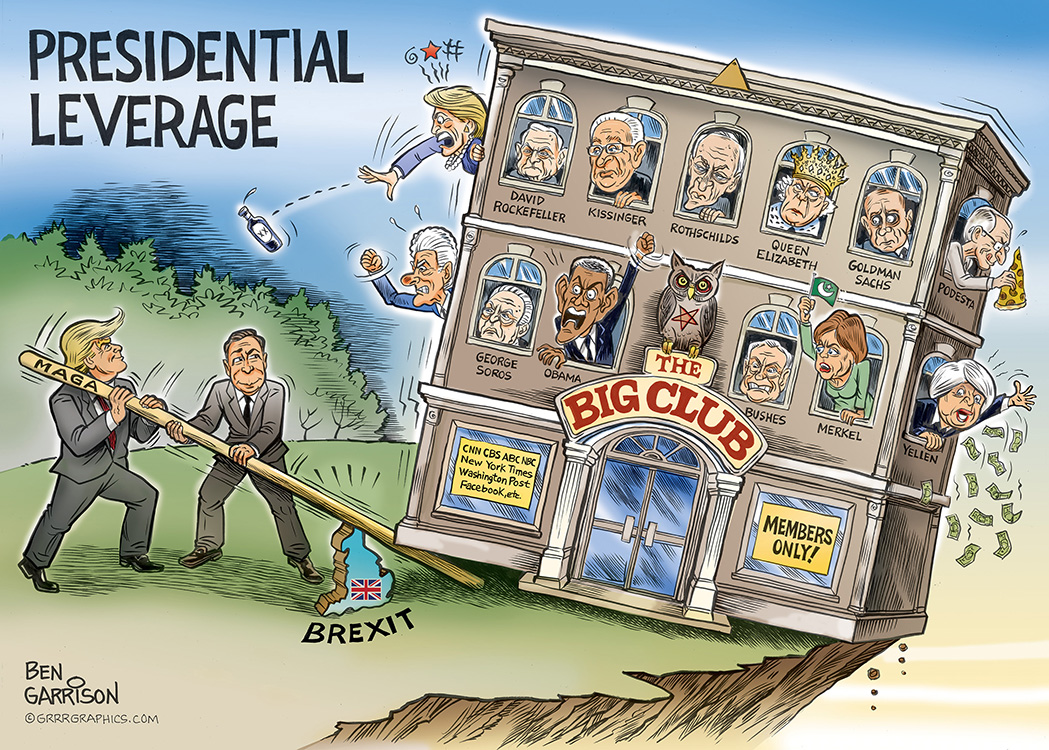 George Carlin once famously joked, “It’s a Big Club. And YOU ain’t in it! You and I are not in the big club….”
​
Only he wasn’t joking. The ‘Big Club’ exists and they are unaccountable to the people outside of it. This private club of globalists came about because we allowed them to control our system of money. At first it was the Rothschilds who gained control of the banking houses of Europe. This notorious family funded both sides of wars and cleaned up. They funded governments and ended up controlling those governments. They tried to do the same for America. Alexander Hamilton was a stooge for European banking interests. He helped set up the first central bank to control our nation’s money. Andrew Jackson spent two terms throwing out the Rothschild snakes, and he succeeded. But the central bankers were persistent. We got the Federal Reserve foisted upon us in 1913 and the globalist bankers once again were in control. As a nation, we got poorer while we were saddled with endless war. To be sure, the very top of the pyramid continues to get stupendously richer, but that’s by design.

And now we have Trump. He was elected to drain the swamp. He may be our last hope to tip the Big Club over a cliff. He has expressed some interest in auditing the Federal Reserve. This is the first step in exposing their rampant corruption. First audit the Fed, then end the Fed. Trump also wants to bring good paying jobs back to America and close the wide open borders. The Big Club doesn’t want this.
Unfortunately Trump appointed Mnuchin, an ex-Goldman Sachs executive, as Secretary of Treasury. More ominously, Mnuchin once partnered with Soros. I would much rather have seen Ron Paul become Treasury Secretary, but perhaps Trump wants a few insiders in his cabinet in order to better deal with the powers that be. Trump said Mnuchin made some ‘amazing deals.’ Fine—as long as he’s willing to deal We The People in this time.

Maybe Trump wants such insiders because they know where the bodies are buried. That way he can better expose them. Can Mnuchin help bring back Glass Steagall and end the Big Club’s stranglehold on us? It remains to be seen, but if Trump continues to dine with Romney and others from the Big Club—and then does does their bidding, his feet will need to be held to the fire. Right now we can only hope that he is playing them off against one another.

Four Ways to Support Ben Garrison Cartoons
You can become a monthly donor on Patreon for as little as a dollar a month!
https://www.patreon.com/grrrgraphics
Make a one time Pay Pal donation
https://www.paypal.me/GrrrGraphics
Buy a T-shirt and more at the GrrrGraphics TeeSpring Shop
https://teespring.com/stores/grrrgraphics-t-shirts
Purchase signed Prints / Original Art in the Shop
http://grrrgraphics.com/shop