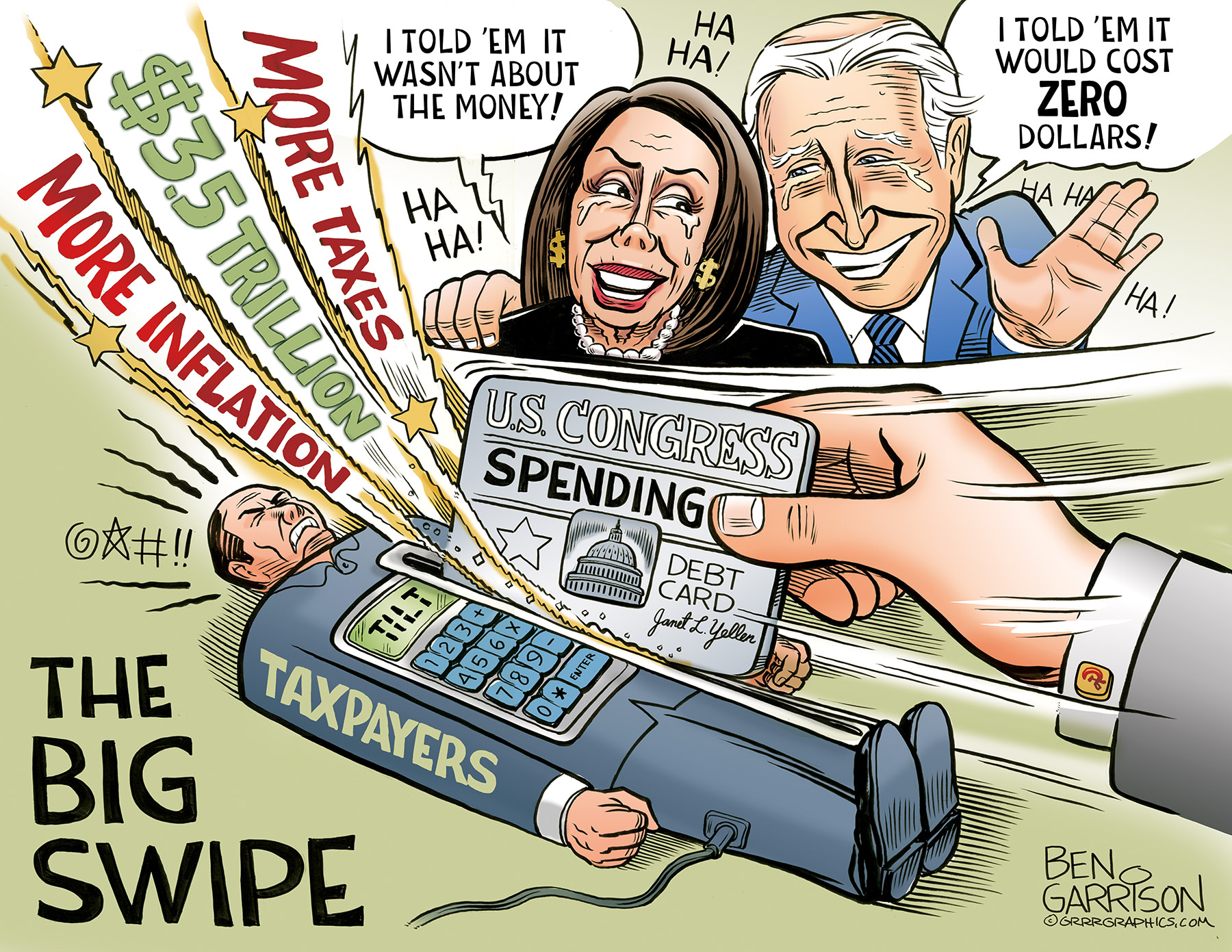 We know Joe Biden gushes lies when the truth would serve him better. He just can’t help himself. His lies are inevitable and expected. He enjoys lying even though we know he’s lying and he knows we know he’s lying. Still, he lies.

He even gets a saline booster on a fake White House set and makes sure we know it’s a fake set. He and his handlers get off on rubbing lies in our faces.

China Joe’s latest and most absurd lie is the spending bill earmarked for Green New Deal pork. He pompously declared it would cost ‘zero.’ Milton Friedman would have quickly reminded him that ‘there’s no such thing as a free lunch.’ In Joe’s world, though, money flows freely from Rock Candy Mountain, which consists of rich corporations and billionaires who are not paying ‘their fair share.’

Joe can’t define what a ‘fair share’ is, but we know the definition could and would change as quickly as Fauci’s pronouncements. The rich already pay most of the taxes and the billionaires can easily funnel money offshore to avoid taxes. Since most big corporations are on the side of the Democrat Party…well, we know who will end up paying the tab: The beleaguered middle class. They will pay by means of increased taxes and inflation caused by the spending of endless trillions of dollars flooding into the economy.

Paying taxes is, in essence, theft. The oligarchs running the show steal the labor and industry of a hard working middle class (soon to be poor) and it’s never enough to fund the grandiose and grotesque pork programs designed to expand government even more. I wouldn’t be surprised if Joe’s government went full Bernie in order to seize nearly all our money. Joe’s plans for the IRS to track all our spending is a precursor for that. They’ll take it all and then they will flip a little back to us in the form of government programs and control. If we behave ourselves, we might get a tiny bit back. The Marxists want control of every dollar and life.

Pelosi and Biden certainly won’t pay their ‘fair share.’ Pelosi’s husband has been cleaning up insider trading. Nancy keeps tipping him off with legislative news that helps certain companies. She’s now the third richest person in Congress. Biden gets graft from his drug-addled son. Perhaps Joe should pay his fair share out of his ill-gotten gains.

It’s always the same—the politicians pretend to fret about the Debt Ceiling and our country’s ability to remain solvent.

Here’s a hot tip, Nancy. If you really care about the debt—STOP SPENDING!

Christmas is on the way- Please order books early.