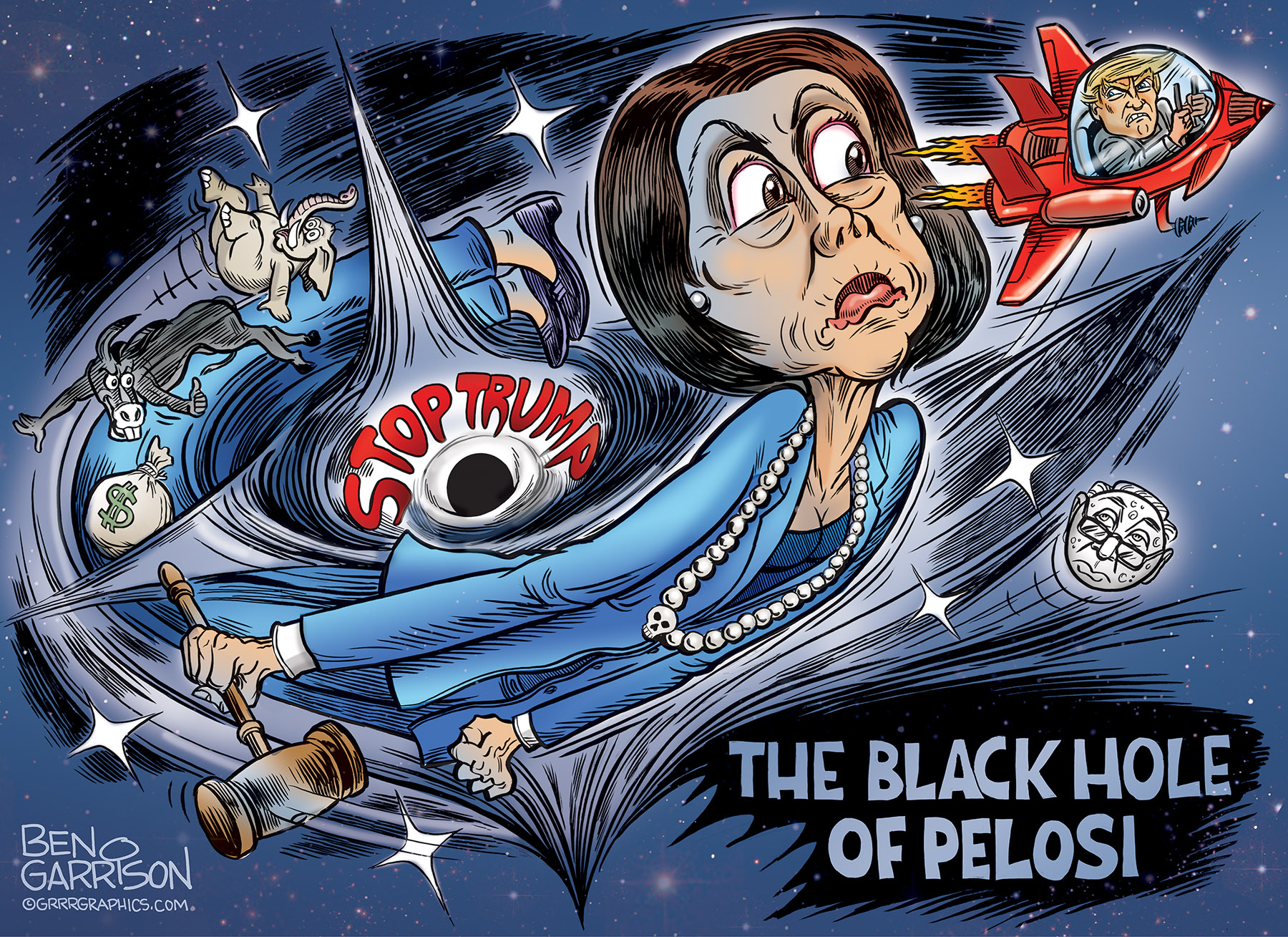 Nancy Pelosi is at it again. She’s doing her best to aggravate President Trump.

Despite Trump’s complete exoneration by Mueller, Pelosi is continuing to spew lies. She wants Trump harassed and perpetually investigated. She said, ‘we believe the President of the United States is engaged in a cover-up.” She said that without providing any evidence, of course.

The goal of the Democrats and some Rino Republicans in Congress is thwarting, annoying, and impeding the president at every turn. The endgame goal is, as usual, his impeachment.

We now understand the gravity of the situation.

In Nancy Pelosi’s universe, she controls a black hole of hatred. They’re out to destroy a lawfully elected president. She has the help of the lying corporate media. Their hatred of Trump is all consuming and collapsing in on itself. Not even the light of reason can escape. 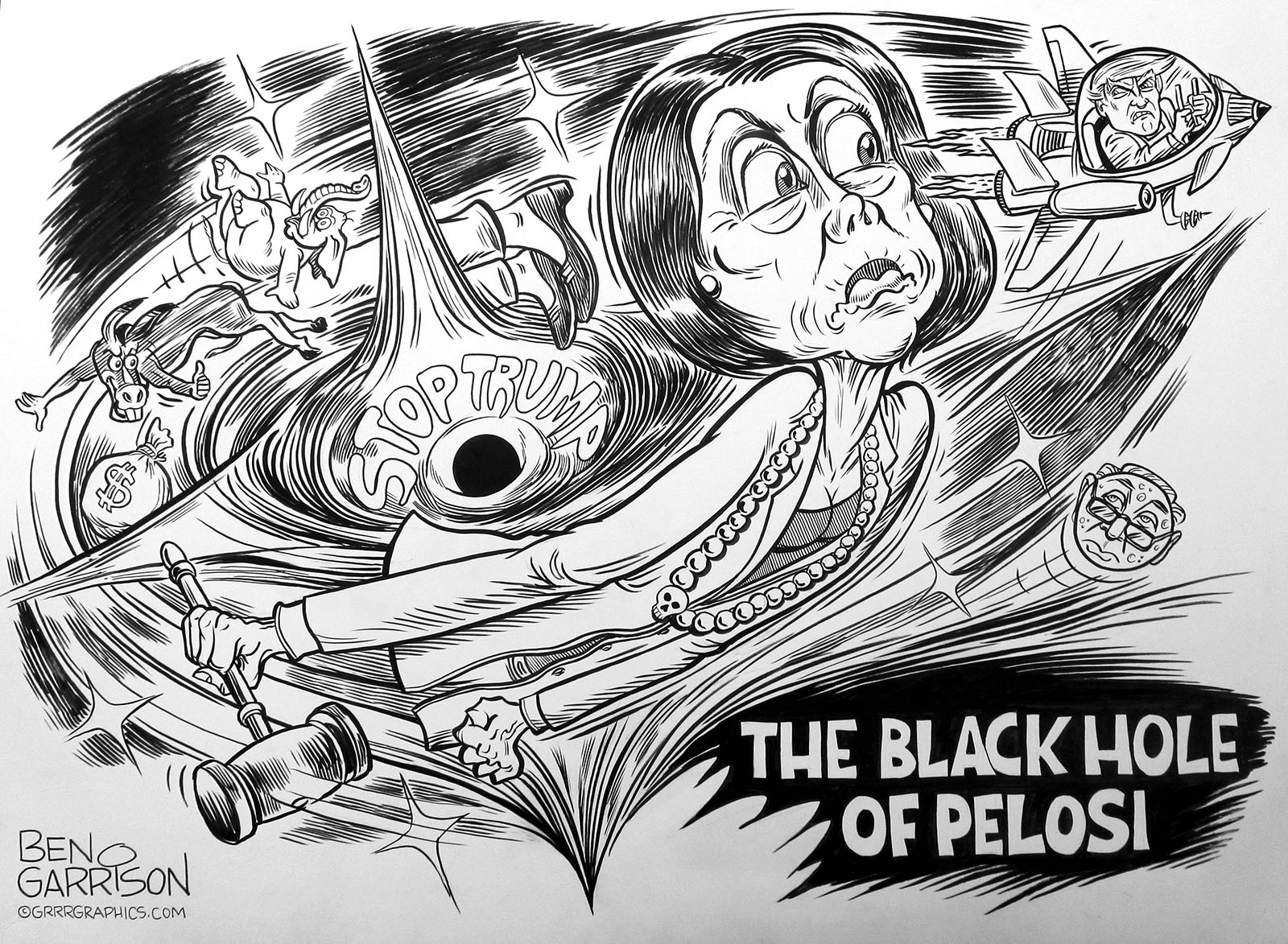