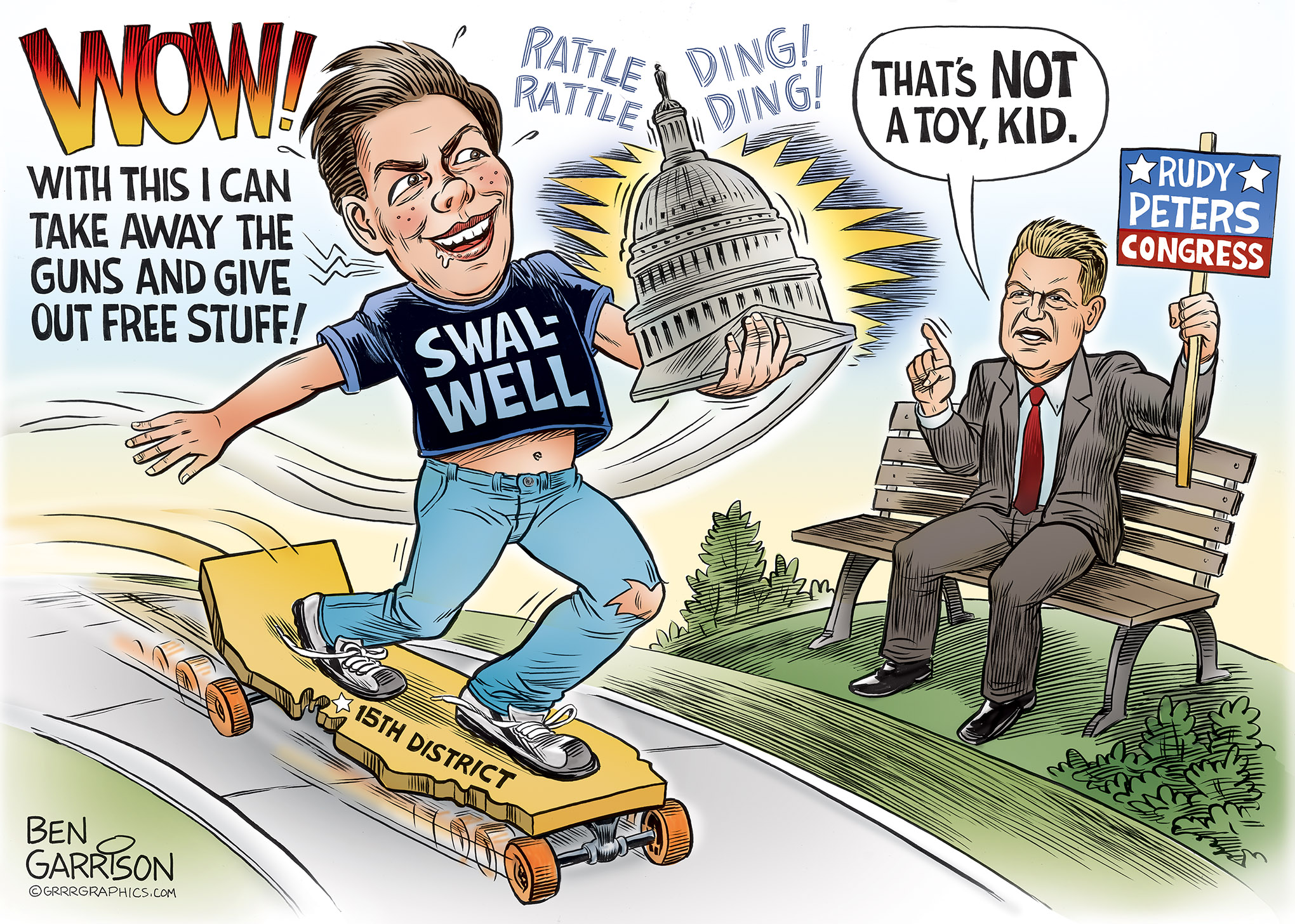 Eric Swalwell, the gun-grabbing Democrat congressman from California’s 15th District and spewer of leftist sound bites, continues to ride the coattails of Schumer, Pelosi and Maxine Waters. He’s even giving Adam Schiff some competition for Chief Jackass of his party.

Looking at his site, we immediately see him drumming up fear of Russia while loudly repeating the Russia/Trump election collusion, which has been soundly disproven. Mueller has come up with nothing to prove Trump colluded with Putin. NOTHING! But facts don’t matter to Swalwell. When faced with a proven lie, he doubles down and tells the lie louder, and louder still. He’s even introduced a bill that makes it a LAW to report Russian collusion in our elections. He uses statism in the hopes it will help make a lie seem like the truth! He repeats the tiresome and erroneous line, ‘our democracy’ is in peril. No Eric, we are not a democracy. We are a REPUBLIC, if we can keep congressmen such as you from destroying it.

Contrast Swalwell’s palaver with what Rudy Peters, his Republican opponent in the upcoming election, has to say. Here’s a sample from his website:

The Second Amendment—Balancing Rights with Safety

The oath of office for a member of the U.S. Congress begins with the following statement:

“I do solemnly swear that I will support and defend the Constitution of the United States against all enemies, foreign and domestic…”

Please note that THIS INCLUDES THE SECOND AMENDMENT.

Contrast that with what’s on Swalwell’s site. While he claims to support our Second Amendment, he’s also supporting a plethora of bills that will make gun ownership more difficult through means of red tape and confiscation.

Peters is a seasoned, sensible man who made his success in the real world whereas the young Swalwell has been a career politician from the start.

Swalwell is part of the problem in America, not part of the solution. He’s another obnoxious cog in the Democrat’s Trump-hating machine. Walk away!

Californians need to reject the callow statism of Swalwell and instead elect a responsible man who will protect our Constitution. That man is Rudy Peters.