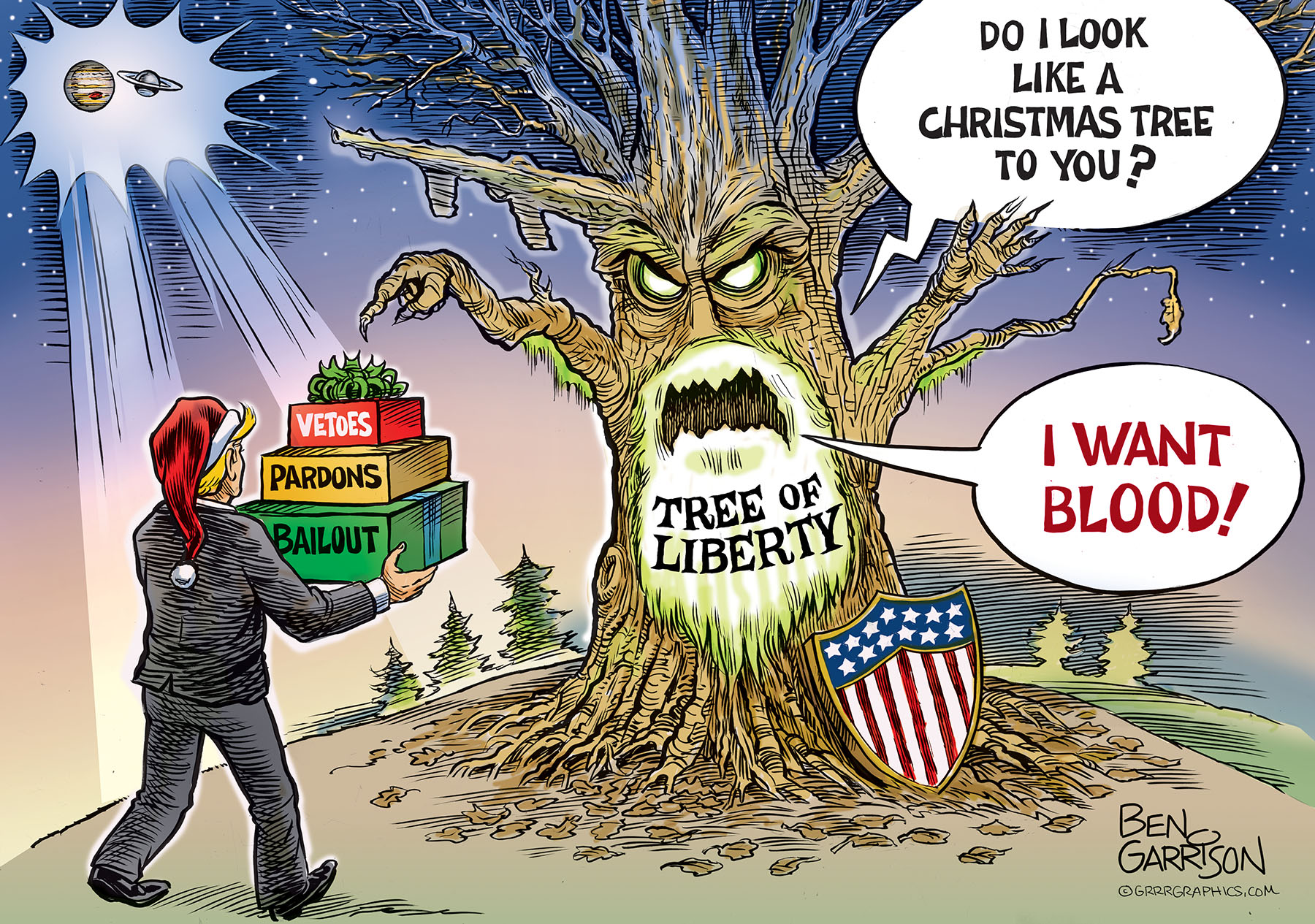 “The Tree of Liberty must be refreshed from time to time with the blood of patriots and tyrants.”

We’ve all heard this quote from Thomas Jefferson, but the tree hasn’t been watered much during the existence of our Republic. Especially these days, when citizens have become accustomed to accepting the abuse of tyrants.

Too many have accepted the outright theft of a presidential election by the Democrat Socialists or Bolsheviks or whatever they call themselves these days. They are the Corruptocrat Party being nominally led by an ancient and very corrupt politician with dementia. His party took over our education system and now they want to cancel our history. They’ve pulled down our statues while claiming America is hopelessly evil. they want our Republic destroyed. They want a ‘great reset’ to socialism and globalism.

Our money has been corrupted by the left-leaning Federal Reserve central bankers. Marxism has canceled our culture, our families, and our holidays by means of leveraging lies about a virus. Some, such as Bill Gates, want to cancel humanity altogether.

If President Trump allows our election to be stolen by domestic criminals aided by foreign enemies, then our Republic is at an end. The voting process will become permanently corrupted. A sliver of billionaire and trillionaire elitists will control our elections and everything else. These are dark times and the Christmas star (Jupiter and Saturn aligned) portends an urgent need for action. President Trump has done some things such as his commendable vetoes of Pelosi’s pork-stuffed stimulus bill and the NDAA and massive defense spending. He has gifted pardons to Roger Stone and others, but he still needs to pardon Julian Assange and Edward Snowden. Trump has stood up to China and the Swamp, but the latter remains undrained, thanks to feet draggers such as Jeff Sessions and William Barr.

We can’t allow our Republic to go gently into that goodnight of socialism and corruption. We can’t stand by while our jobs, our liberties, and our elections are brazenly stolen from us. It’s time for action, not just grumbling, sloganeering, and ’trusting the plan.’ It is now time to use the Insurrection Act and arrest the traitors. Yes, that will inevitably lead to bloodshed, but the Tree of Liberty is thirsty.