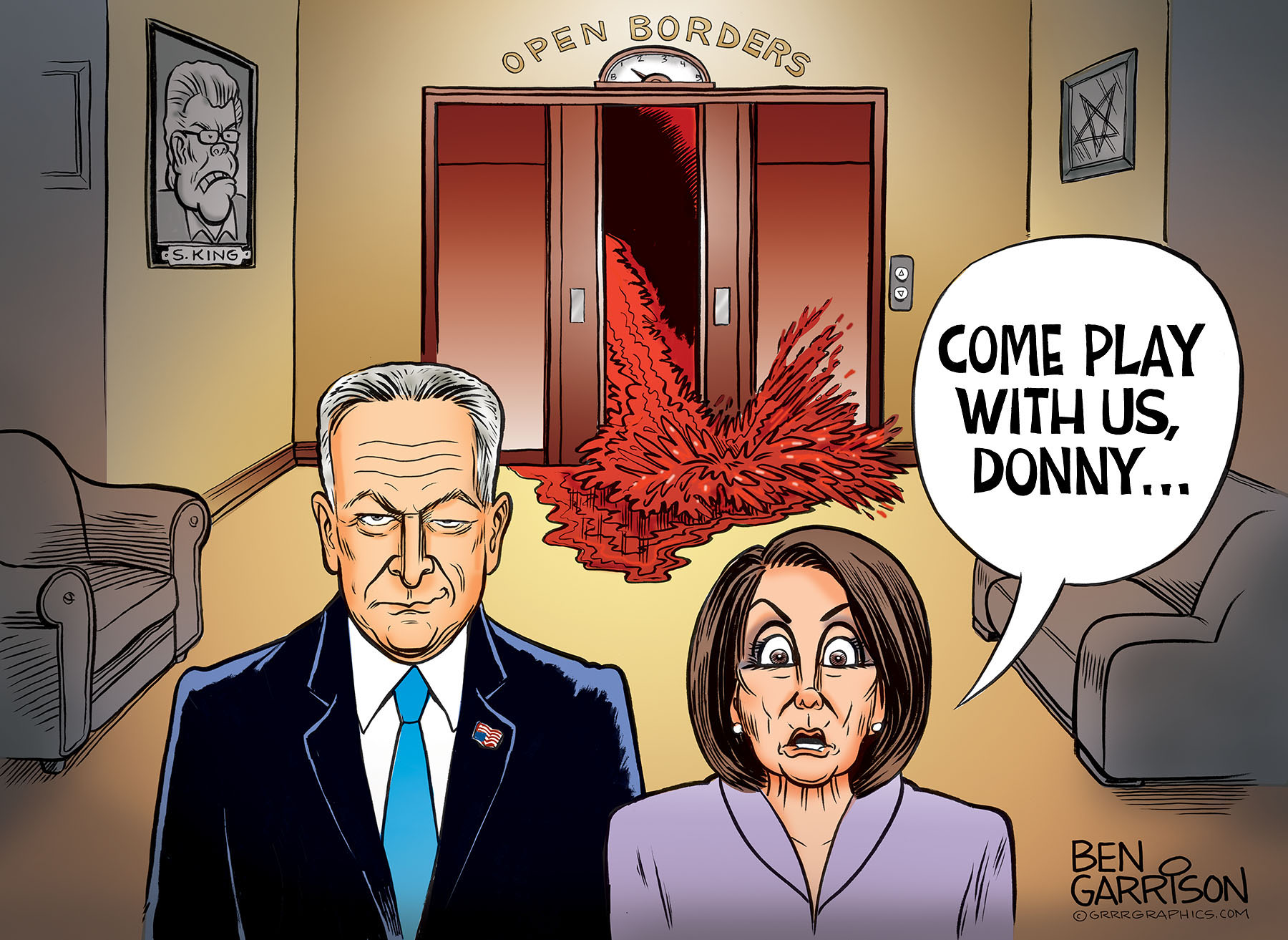 Pelosi on Border Negotiations: ‘There Is Not Going to Be Any Wall Money in the Legislation’

After watching the President present his reasonable case for border security last night, we also wanted to see how the Democrats would respond to Trump’s address.

It was a horror show.

The staging, the colors, and the stiff bug eyed looks of both Chuck Schumer and Nancy Pelosi overwhelmed their message. A million memes were born last night.

The response had all the makings of a Stephen King novel.

The Democrat leaders appeared side by side in their rebuttal. The sullen, flat, crazy-eyed presentation was instantly noticeable and mocked by both the left and right.

Their presence resembled the “Grady Twins” from the horror movie, “The Shining”.

The red walls made us think of the famous elevator scene in “The Shining” where the doors open and a ghastly wave of red blood gushes into the room.

What better metaphor for the Open Borders of our country? The “doors” are open and innocent American blood is spilled.

We must secure the border, or more blood will continue to be spilled.

Thousands of Americans have been killed by illegal aliens.

The blood is on Democrat hands.

“Some have suggested a barrier is immoral, then why do wealthy politicians build walls, fences, and gates around their homes? They don’t build walls because they hate the people on the outside, but because they love the people on the inside. The only thing that is immoral is the politicians do nothing and continue to allow more innocent people to be so horribly victimized.

To those who refuse to compromise in the name of border security, I would ask: Imagine if it was your child, your husband, or your wife, whose life was so cruelly shattered and totally broken?

To every Member of Congress: pass a bill that ends this crisis.

To every citizen: call Congress and tell them to finally – after all of these decades – secure our border.

This is a choice between right and wrong.  Justice and injustice.  This is about whether we fulfill our sacred duty to the American citizens we serve.

Last month, 20,000 migrant children were illegally brought into the United States – a dramatic increase.  These children are used as human pawns by vicious coyotes and ruthless gangs. One in three women are sexually assaulted on the dangerous trek up through Mexico. Women and children are the biggest victims by far of our broken system.

This is the tragic reality of illegal immigration on our Southern Border. This is the cycle of human suffering I am determined to end.” 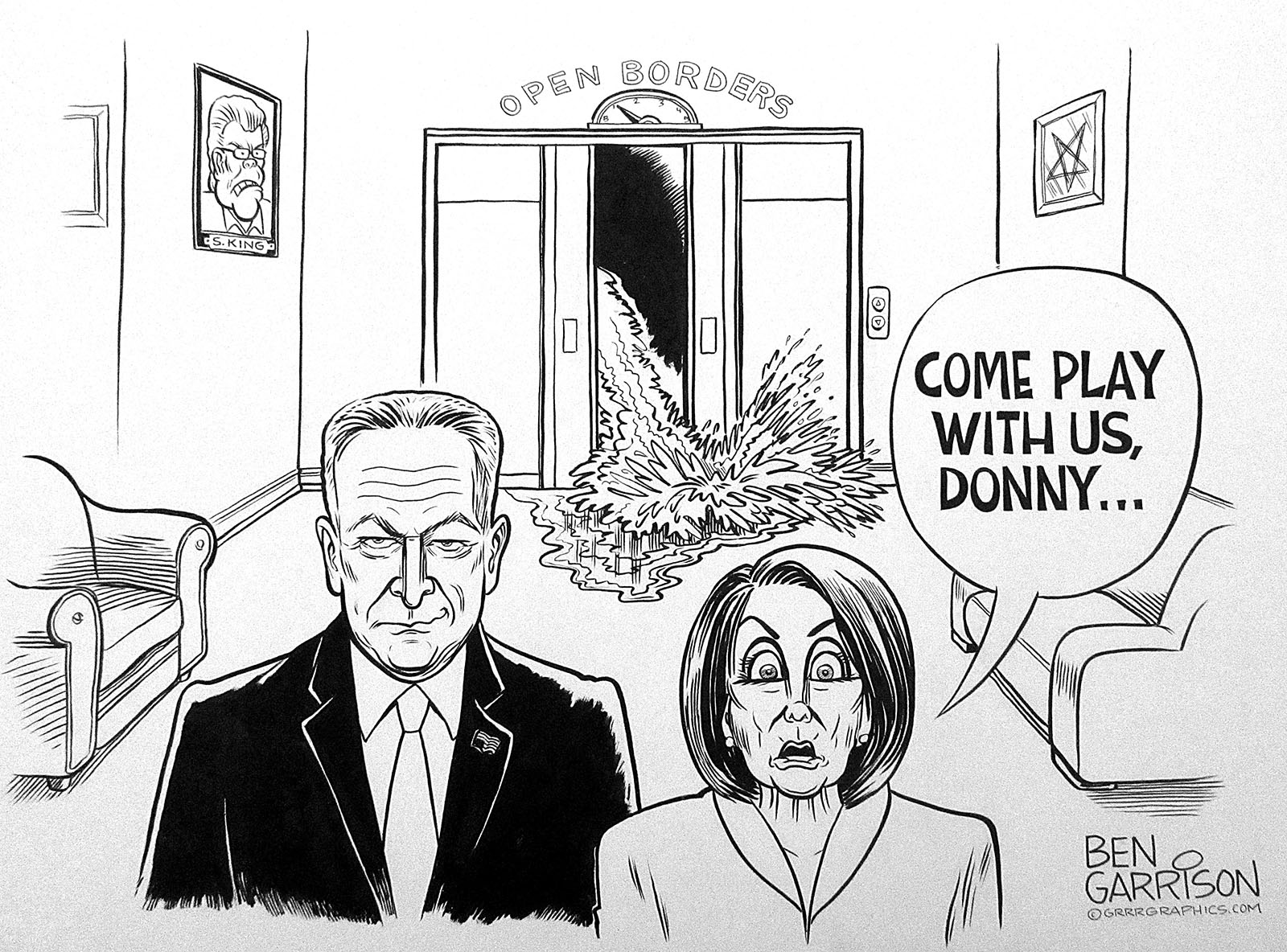 Stop the Presses! Check out our NEW Ben Garrison Tees! Order Yours Today! Click to Order