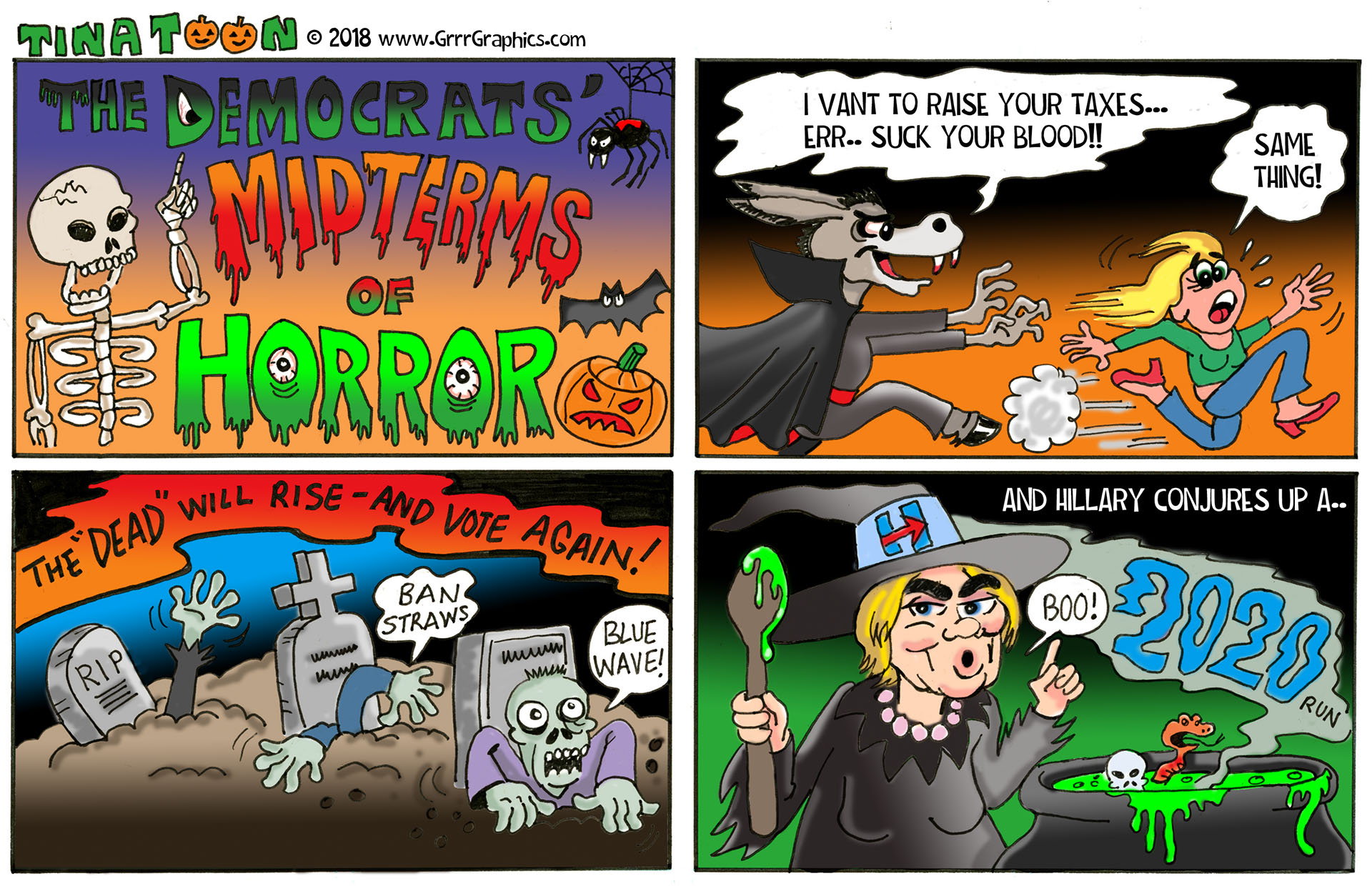 As the cold winds howl and the full moon rises, out from the woods comes a dark, angry presence. As it creeps closer and closer, the dark shadow figures takes form- an angry mob of Democrats and Media elite, ready to say anything and do anything to influence the midterm elections.

Frightening horrors abound, including the bloodsucker’s vow to “raise taxes” and impeach the President and Justice Kavanaugh.

The long dead will rise and cast their ballots for the Blue Wave as Hillary Clinton spirit cooks up a 2020 run!

The only way to stop the Horror is to VOTE RED TO SAVE AMERICA!

**Happy Halloween from Tina and Ben!**