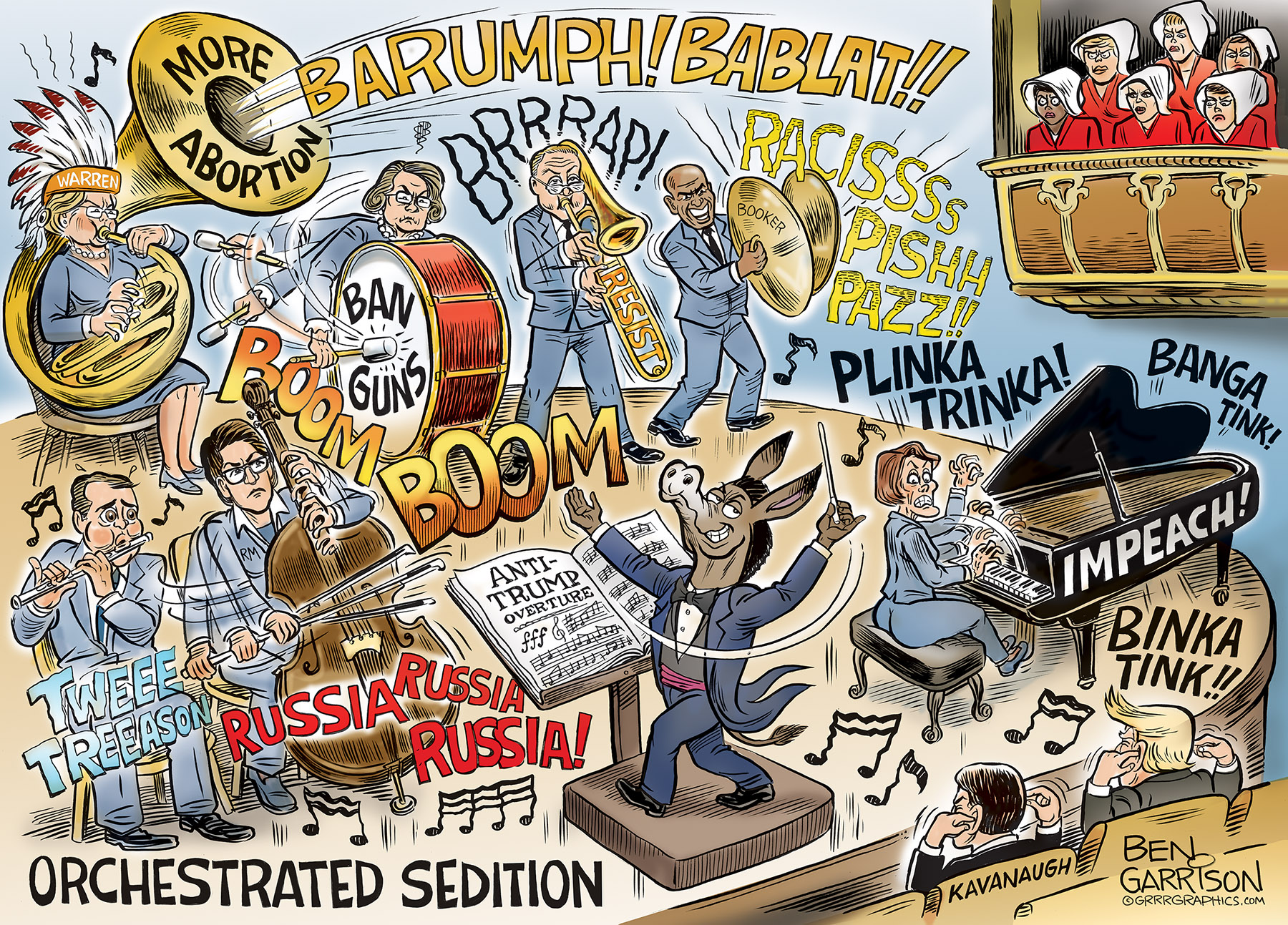 UPDATE November 9, 2018 After a disappointing midterm election (no blue wave) Democrats ramp up the rhetoric and violence. And add in a little Election fraud to boot.

Michelle Obama sets a hostile tone in new book released, she will “never forgive” Trump for the “xenophobic” claims that her husband, former President Obama, was not actually born in America.

The Democrats conducted a sorry performance this week during the Kavanaugh confirmation hearings.

Along with a supporting cast of obnoxious and vociferous protesters, there were groups of woman dressed oddly in red costumes and wearing bonnets. The ‘handmaids’ were there to show their support for taxpayer-funded abortions as well as to show silent contempt for Kavanaugh. There is evidence that these people were paid to protest Trump’s nominee for the Supreme Court, the extremely qualified Brett Kavanaugh.

The junior senator from New Jersey, Cory Booker, made a gaudy show of himself when he claimed he would break Senate rules by releasing documents pertaining to Kavanaugh, even though Republicans claimed those documents had already been cleared. Booker presumably will make a run for the presidency, hence his ostentatious virtue signaling.

The Democrats are full of sound and fury but short on facts and truth.

The Democrats are the party of the Deep State Swamp.

They’ve made it clear that they will oppose Trump no matter what. They’re playing an ugly, dangerous tune. To many of us, it sounds like sedition.