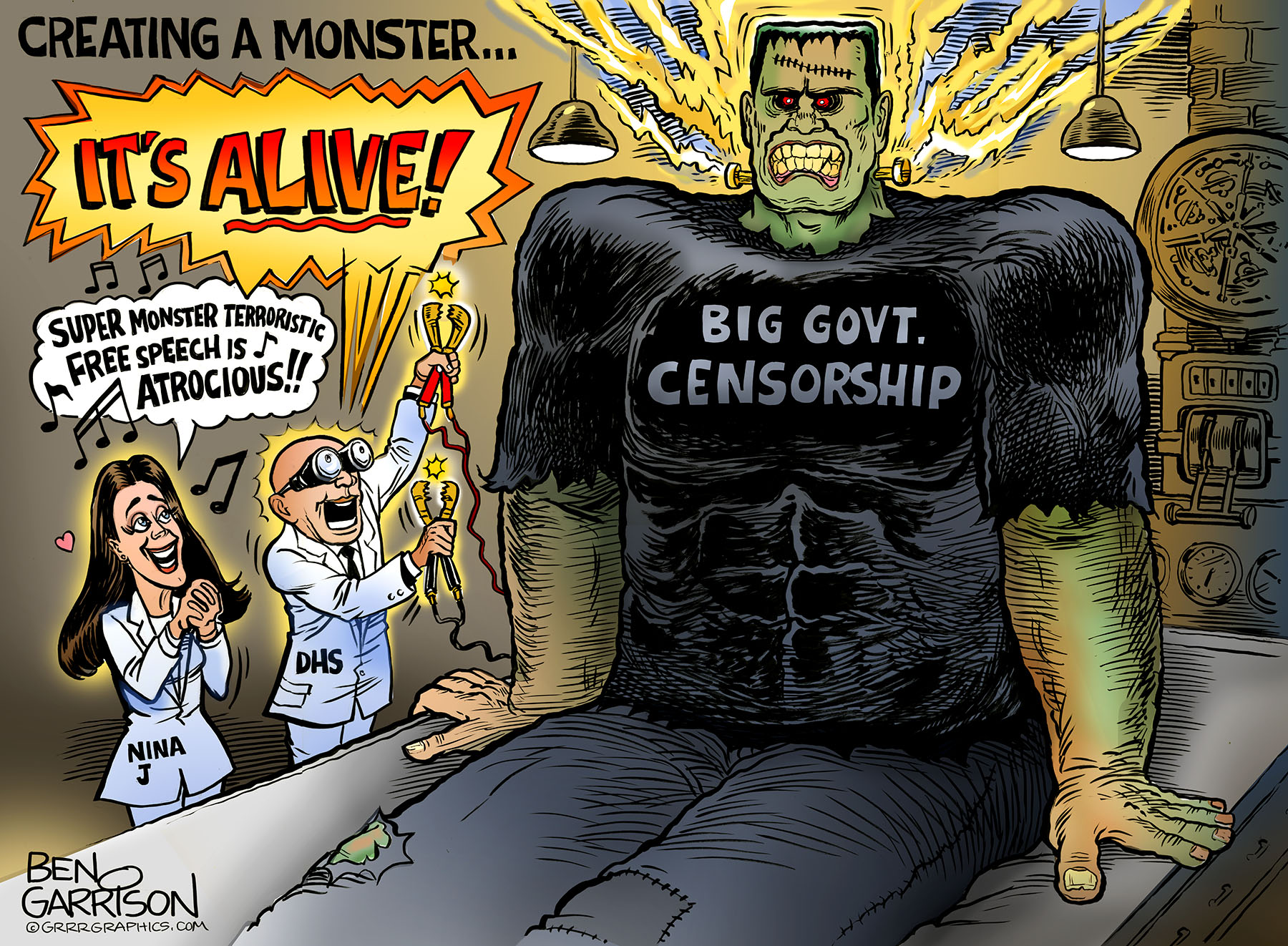 UPDATE: DHS Disinformation Governance Board is dead. DHS overreach paused. Scary Poppins submits resignation.  And just like that, when Americans push back hard against tyranny- we win.  Keep it going!

The “Disinformation Governance Board” has been set up by The Department of Homeland Security.

It’s a gross attack on the First Amendment and our right to free speech. Many are calling it “The Ministry of Truth,” from George Orwell’s novel, “1984.” Nina Jankowicz is ‘Big Sister.’ She heads the board and she strikes many as a far-left loon. She considers herself the “Mary Poppins” of disinformation. Equally looney is the DHS director, Alejandro Nicholas Mayorkas. He said his department is doing a good job at handling the huge influx of illegal aliens, due to Biden’s open border policy. Both have been busy flying and bussing the invaders around the country for free. The DHS itself was created in 2003 in response to the 9-11 attacks, even though Americans were fed massive amounts of disinformation from our own government about what happened that day. Consider Building 7. It collapsed in its own footprint—controlled demolition. The government said a common fire melted steel beams—a lie. I suspect our own government was behind the attacks, thereby giving them a needed excuse to start new wars and create more government control.

Consider that the DHS now has 240,000 employees. That’s what Big Government does. It gets bigger. The FBI has grown into a rogue, politicized agency and instead of solving crimes, it commits them. The CIA is even worse. They control media, spark wars, spread lies, and engage in dirty tricks while hiding behind the dark cloak of ’national security.’ Over 50 leaders from the security agencies lied and said Hunter Biden’s laptop was Russian ‘disinformation.’ The government spreads disinformation when they said the Covid jabs were ’safe and effective.’ Biden said people wouldn’t get Covid if they got the shot. Ha. They lied about Wuhan. They lied about the efficacy of wearing masks and lockdowns. Now they’re lying to us about the need to go to war in Ukraine. They want us to believe their lies, but first they must prevent open debate. They don’t want to be questioned. They demand compliance. Hence the creation of a ‘board’ that stifles free speech.

The ridiculous IRS and the income tax never goes away, either. When it was created the citizens were told not to worry—only the ultra rich would pay. Now the IRS harasses the poor and middle class with audits because the IRS officers have determined they are easier to go after than billionaires. Any agency or department created by Big Government never goes away. They don’t solve problems—they worsen them. Why should they solve anything and undermine the reason for their existence? Instead they grow larger and more dictatorial as they siphon power away from We The People.

The DHS is a policing agency and they’re well-armed. We can laugh at their newly-created disinformation board now, but how long will it be before armed agents bang on our doors to arrest us because we questioned a new and dangerous vaccine? Maybe they’ll go after someone who posted a reality-based comment that a man cannot give birth. Maybe we’ll get stifled because we questioned their narrative about war. We will be accused of spreading ‘disinformation.’ This new ‘board’ will only grow more monstrous and malignant if we allow it. Its purpose is to impose fear, control, and obeisance. Only Big Government will be allowed to determine what might be disinformation, even though we know that government constantly lies to us.

They want to reserve the right to be the ultimate purveyor of truth while also preventing debate.