I used his baggy eye as the theme of this cartoon, based on a familiar “The Lord of The Rings” metaphor, the eye of Sauron.

I continue to believe that President Trump has the ability to bring down the Deep State and restore the rule of law. Justice Kavanaugh on the Supreme Court is another part put in place that can make that happen. That is the real reason why the left tried to stop the judge—not because of his alleged sexual assault. They know he is a Trump ally in favor of restoring equal justice under the Constitution. Deep State lawbreakers such as Obama, Hillary, Brennan, and many others could be facing tribunals.

For far too long the Deep State ‘Big Club’ has been able to conduct illegal operations including drug running, money laundering, graft and outright treason by means of controlling government power. Obama himself made sure his politicized Department of Justice and FBI rammed through a fake dossier so that he and Hillary could conduct spy operations on the Trump campaign. They used the ‘Russia collusion’ lie to deflect attention away from their own scandals, which are myriad.

To be sure, the Deep State encompasses more than Democrats—many Republicans including the Bushes, Cheney, and McCain were part of the ‘above the law’ corruption that enabled them to commit false flags that led to war, strife, theft, and death. Their actions helped increase the power of the Deep State. Nowadays the Deep State seems more slanted toward Democrats because they stand for the destruction of our Constitutional Republic. They want open borders, which allow the inflow of millions who vote for Democrats. The Deep State wants to replace our Republic with a mob democracy who will vote for free stuff in exchange for individual liberties. Right now they’re all in lockstep in their attack on the Electoral College, a necessary protection against mob rule from the big cities. We must not let this happen.

A mob democracy controlled by the Deep State leads to a police state.

Ben Garrison Original Cartoon now available to collectors. Combining Pop Culture with American Politics in a hard hitting one of a kind Art work! Lord of the Rings “Eye of Sauron” Today it’s  “Eye of Soros” 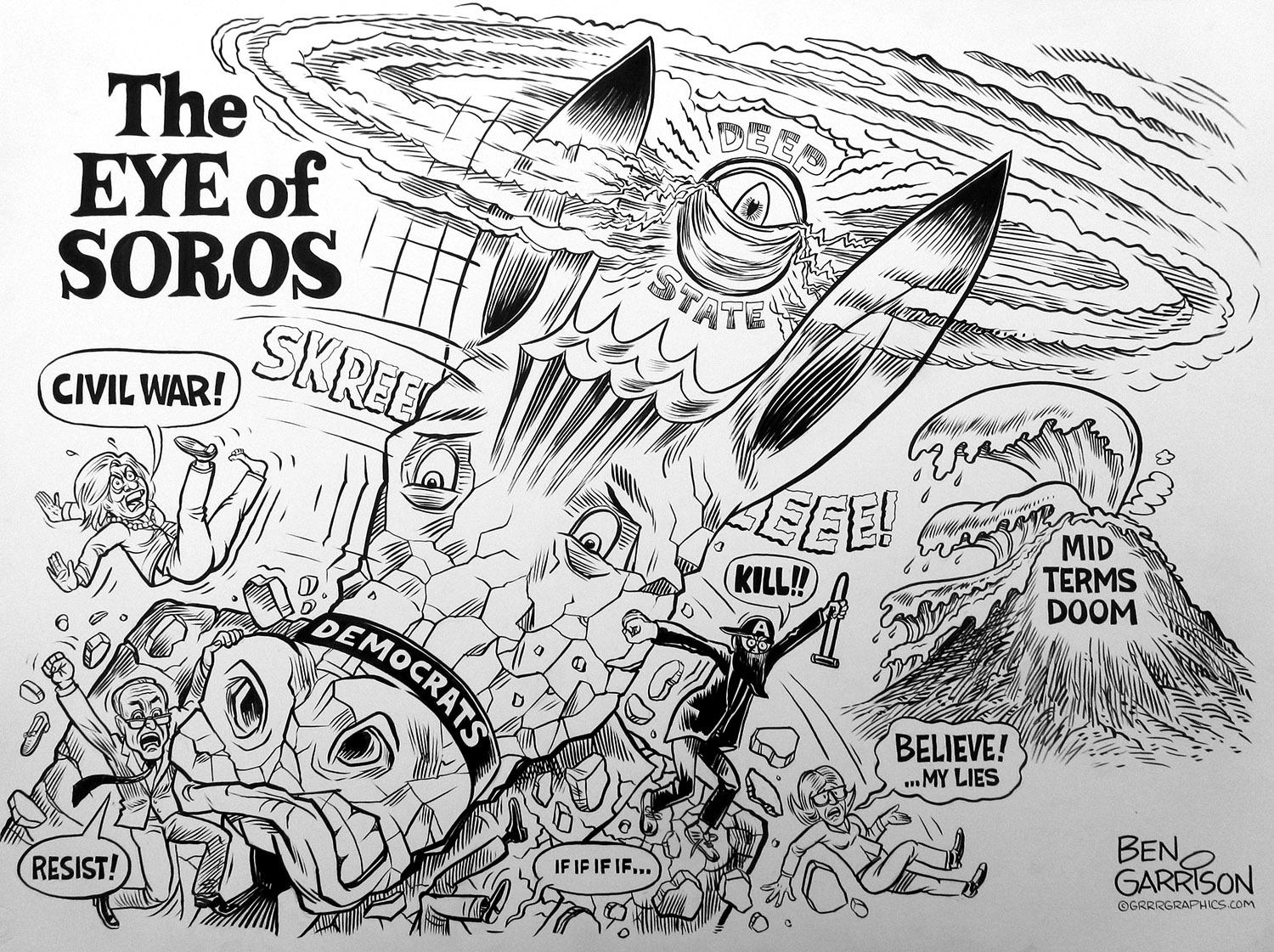