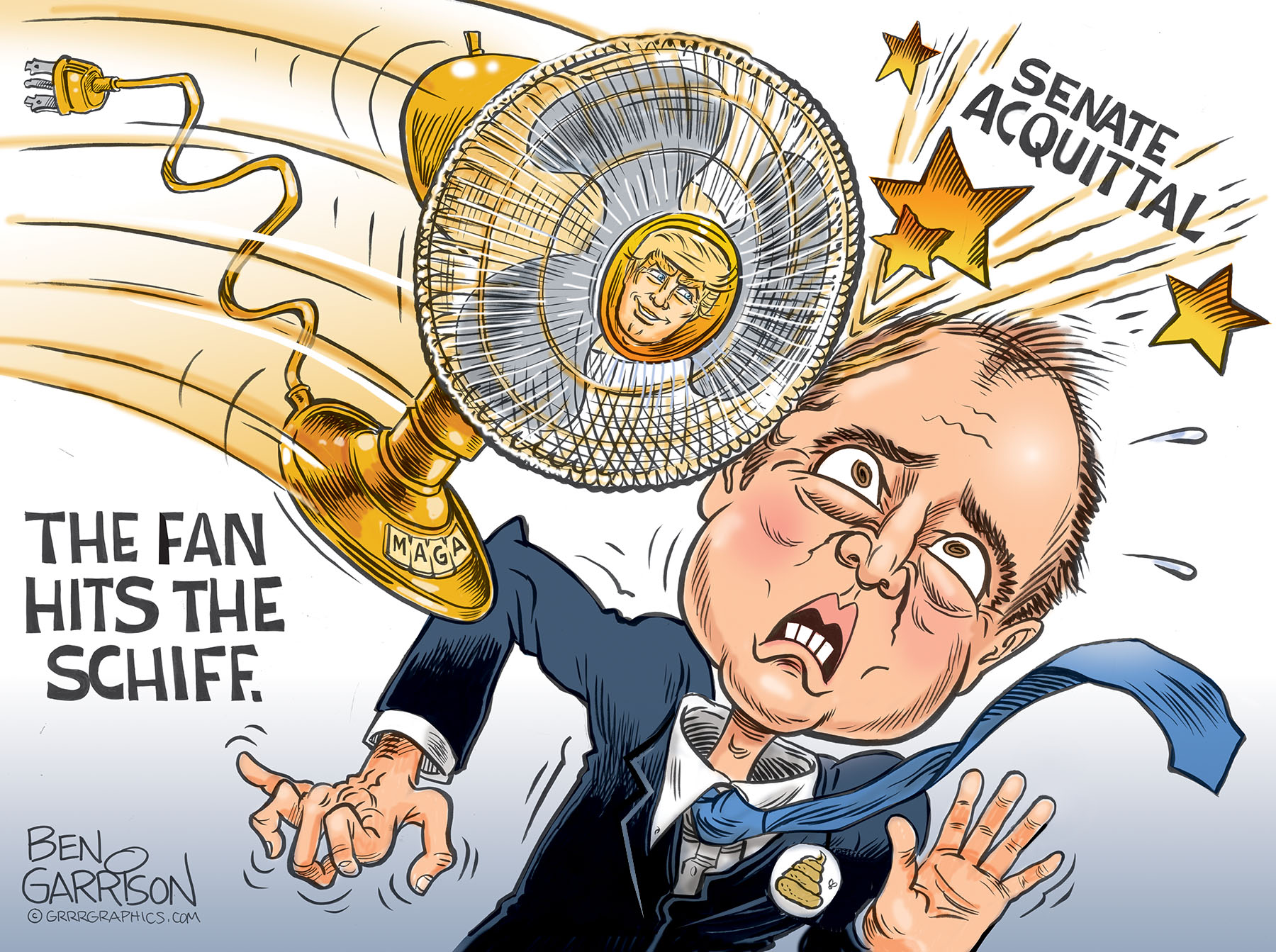 The House ’trial manager,’ Adam Schiff, is a disgrace to our nation.

During the question and answer session, he actually launched into a story describing how Trump colluded with Putin to punish our ally, Ukraine, for not going along with his ‘quid pro quo.’ Schiff was being hypothetical, but he framed the story as fact. It was similar to the slimy whopper he told to the House.

Schiff is a proven liar. He is an absolute disgrace to Congress. How easy it was for him to slip back to the ‘Russia! Russia! Russia!’ conspiracy theory like a slippery snake oil salesman.

The impeachment is a partisan sham carried out by sociopathic House leaders whose obvious hate of our president is more than palpable. They wanted him impeached from day one. With their weak field of candidates, they know they will lose in November and so they resorted to impeachment in the hope it would keep our president from getting re-elected. Shame on the Democrats, but they know no shame.