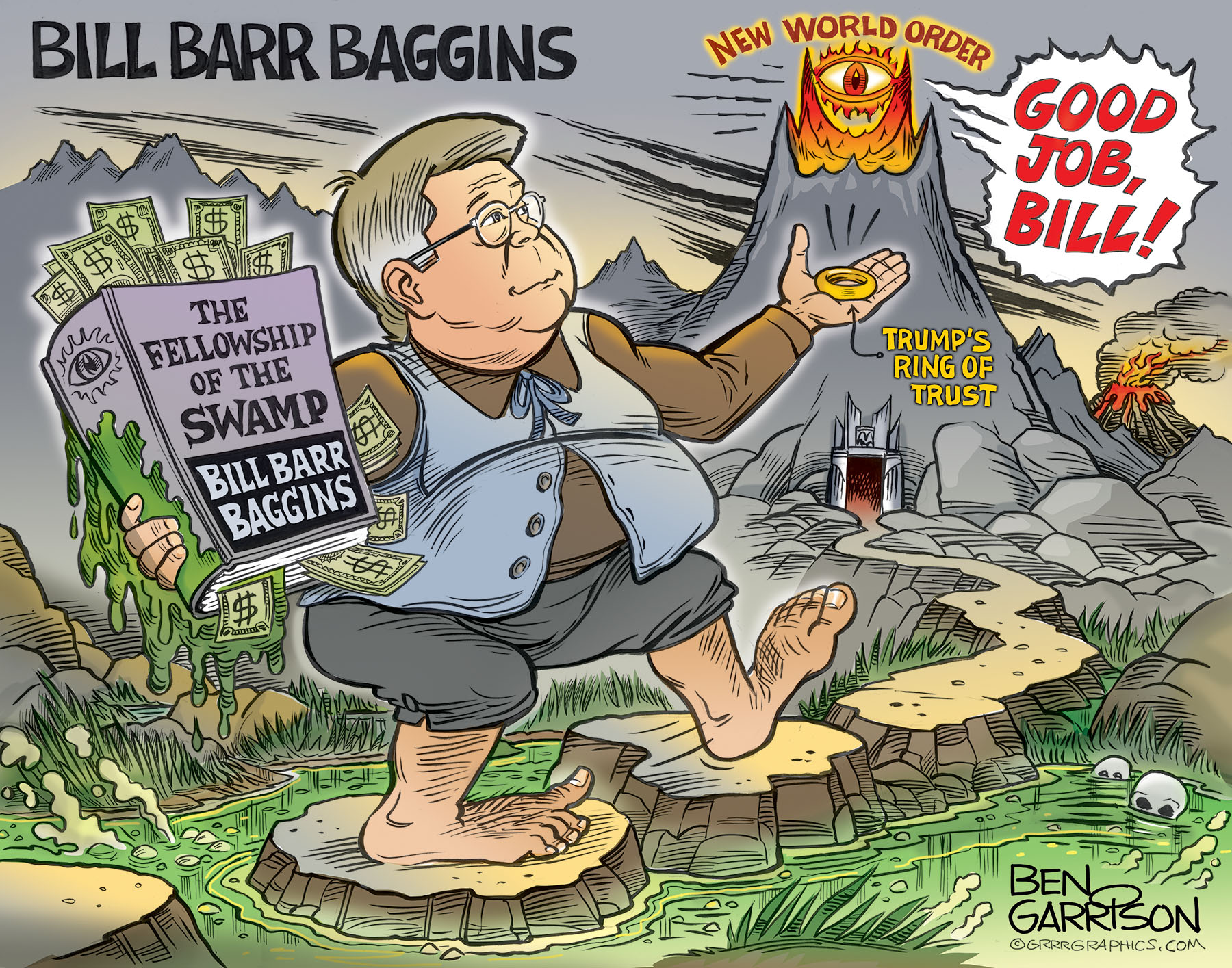 The Fellowship Of The Swamp

When President Trump appointed Bill Barr as his Attorney General, I was not happy. Barr was also the Attorney General for H.W. Bush, the ‘New World Order’ president, whom I despised. I knew Barr was part of the Deep State, yet maybe Trump thought he could perform more effectively than the do-nothing Jeff Sessions, who recused himself from fighting back against Democrat criminality and blatant corruption in the security agencies.

I tried to be hopeful and I even drew a few positive cartoons about Barr, but in the end I was right. William Barr was a Deep State Swamp backstabber. His job consisted of thwarting Trump. Sure, he appointed Durham, but years later who knows if Hillary will ever be charged for her crimes. She seems to have permanent immunity. She’s above the law. That means the law is corrupt and Barr helped corrupt it.

Like all his other dishonorable Quislings, Barr served the globalist oligarchs, not our country. It’s no surprise he’s publishing a ‘tell-all’ book that slams Trump. I’m sure he received a handsome advance, just like all the other creeps who write books to cash in on their service to the billionairiat running the world. Barr’s book is fitting, too—at 600 pages, it’s as fat as he is.

Barr is a man who failed to investigate Epstein’s death after promising a full investigation. Later he claimed Epstein committed suicide and thus helped cover things up for the globalist pedophiles. And now, Barr claims there was no presidential election corruption. Here is a man trained in the law who has refused to look at the overwhelming evidence that shows rampant election fraud. Again, his job is to protect his masters, who are as evil as Sauron and his operatives.

I hope you continue to savor the sweetness of your life, Bill Barr. You disgust me! Oh, wait. That’s a line out of the original ‘Star Trek,’ not the Lord of The Rings. Oh well.