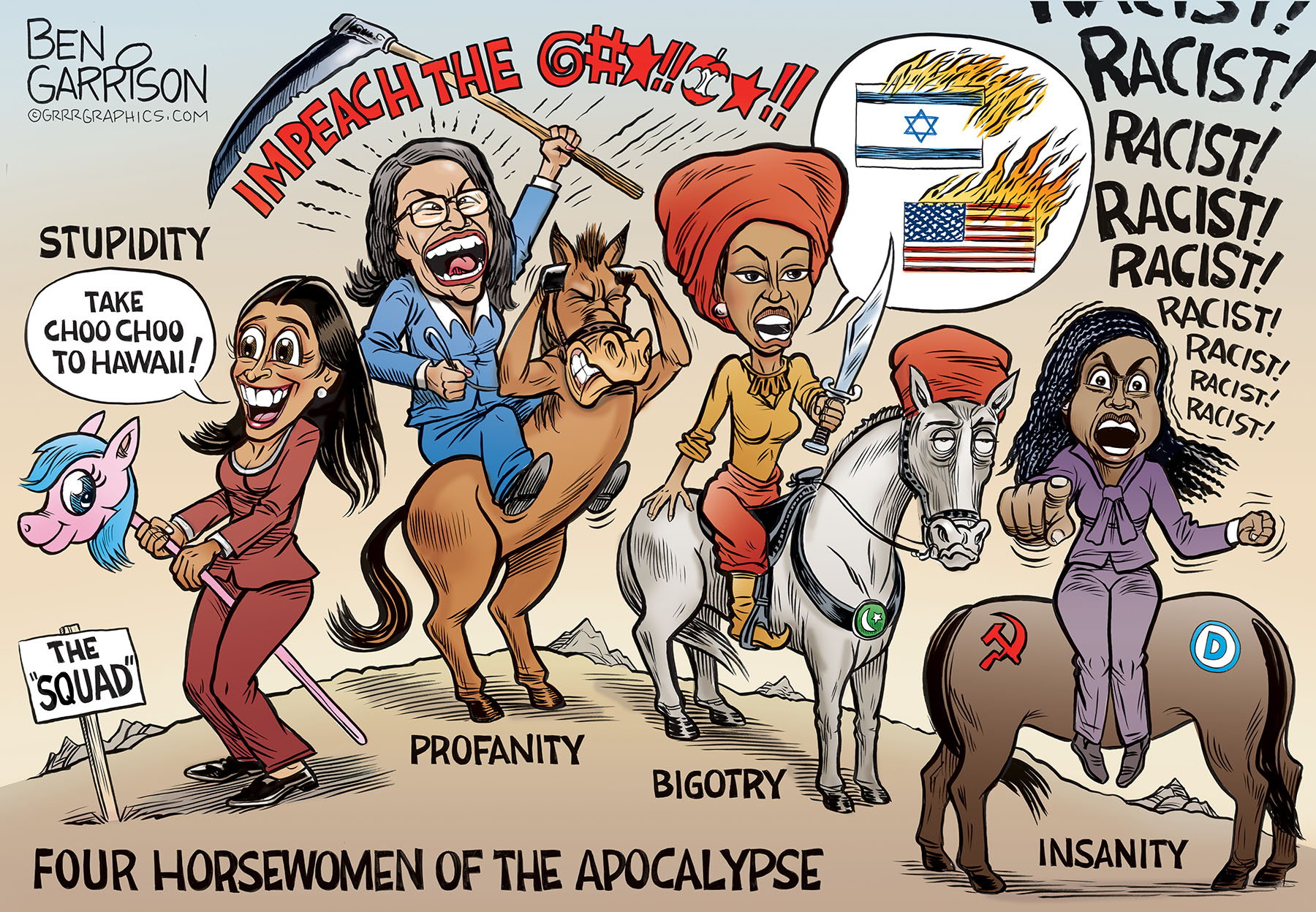 The “Squad” or as we like to call them, the four horsewomen of the apocalypse, have rode into the news again. The Democrat congresswomen attacked the President and the President always punches back. Hard.

Just like the original horsemen, death, famine, pestilence, and war, the four horsewomen offer nothing but misery to humanity.

First up and riding high is “Stupidity”. From the Green New Deal to the “concentration camps” at the border, “stupidity” pushes the limits of ignorance.

“Profanity” opens her mouth and the foulest lies and vile words spew out like a backed up sewer line, even her horse can’t bear her screeches of constant vilification of her opponents.

“Bigotry” raises her head and mocks America and our greatest ally Israel. She makes light of 9/11 with “somebody did something” She hates America and isn’t shy about letting everyone know.

And finally, “Insanity”, as Trump derangement syndrome has driven the Left completely insane!

If you see the Four Horsewomen of the Democrat Apocalypse riding towards you, it’s time to call them out as the anti-American, open borders, socialist zealots they are.

Then they will ride off into the sunset, just a pothole on the road of history. 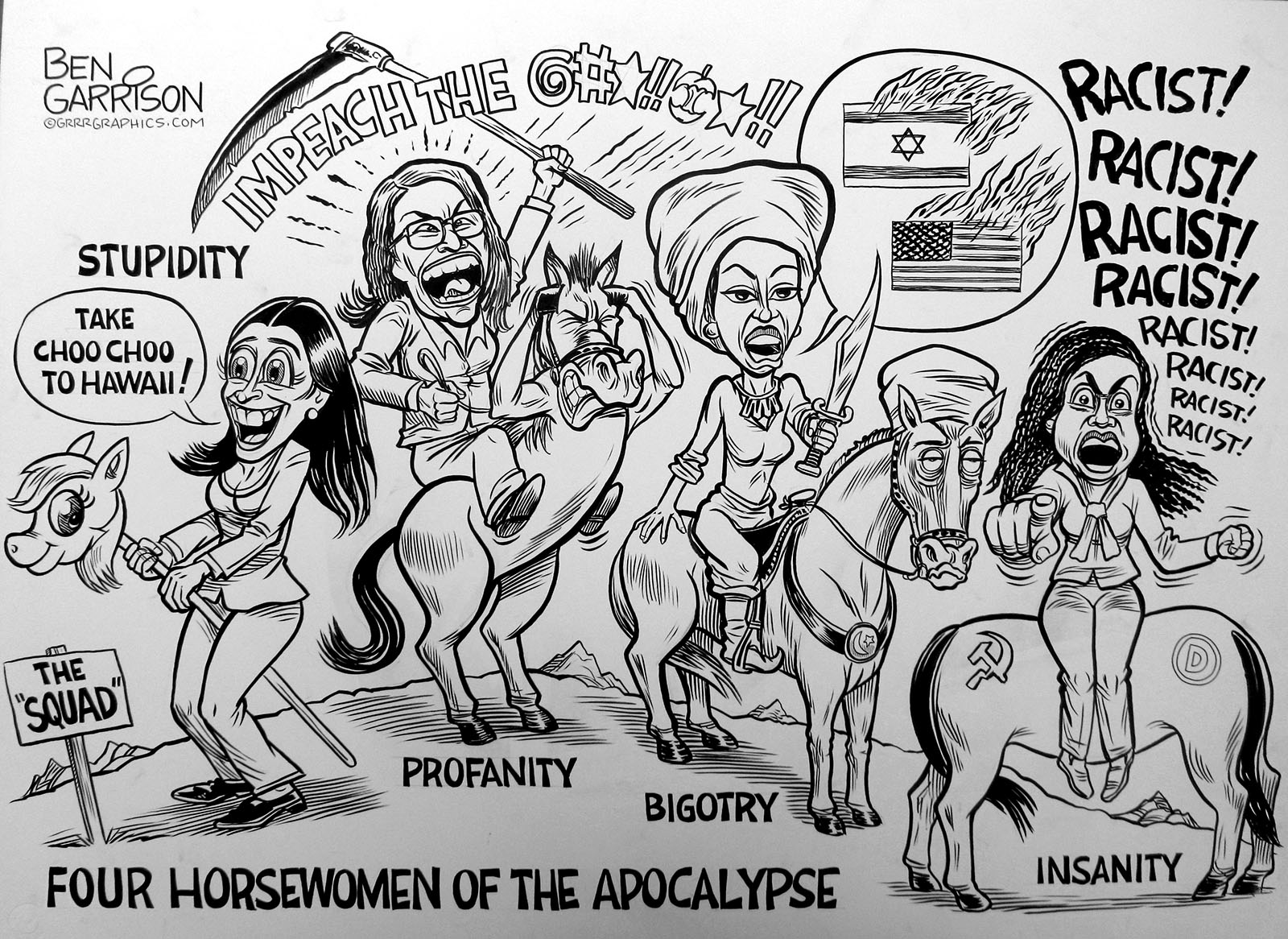