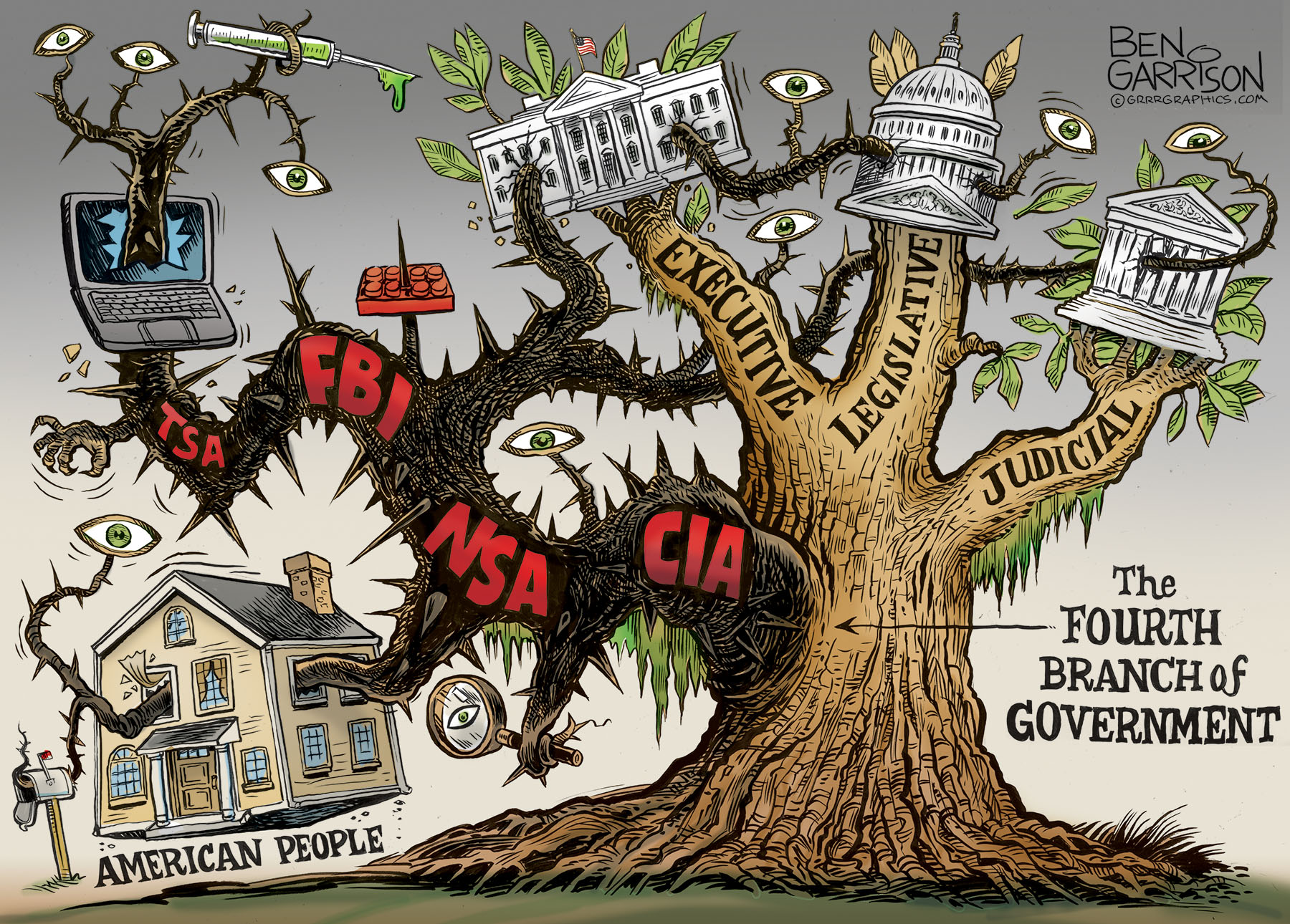 Every breath you take,

Every move you make,

They’ll be watching you..

It’s bad enough that none of the alphabet ‘security’ agencies were written into our Constitution. Now they have become politicized. They no longer adhere to any rule of law. They ARE the law and can do what they want. They certainly aren’t answerable to the American people.

We saw former NSA Director James Clapper lie to Congress about collecting data from hundreds of millions of Americans and about leaking the Steele Dossier information. We saw ex-CIA director and former communist John Brennan lie about spying on Congress. Nothing happened to them. They are above the law.

The CIA now allows and approves torture. They call it ‘enhanced interrogation.’ Yep, we a rogue agency engaged in torture.

We saw the FBI push through illegal FISA warrants in order to take down President Trump during the bogus Russia collusion malarky. We saw how Mueller used over a dozen heavily armed FBI men to surround a peaceful, non-resisting Roger Stone on trumped up charges. The CIA-influenced CNN was, of coursed, tipped off to the early morning raid.

We saw the FBI help encourage Trump supporters to protest at the Capitol while refusing to release video tapes that will prove their operatives were there. The FBI even seized a lego-made capitol building from one of the so-called ‘insurrectionists.’

We saw the FBI sit on Hunter Biden’s laptop. They did nothing. They certainly did not investigate the obvious corruption on display by the Bidens. They also knew all about Epstein’s child abuse for years. They did nothing.

Tucker Carlson told us how the NSA is spying on his email in order find something that could possibly get him kicked off the air. Tucker confirmed what we knew already—Snowden had already told us all about it. Snowden is a whistleblower and hero, but he had to escape prosecution and possible assassination through exile to Russia.

We saw how false flag ‘terrorism’ was used to give the TSA new powers to grope people at the airports.

All of these so-called security agencies have grown in scope and power over the years and, like Big Government, they want more power and influence over the direction of the country. They are aligned with the radical left and globalism.

Our Fans are the best, join us on SUBSCRIBSTAR for an “early look” of all cartoons before publication! Click to support us with a monthly donation! See you there!

What’s next? Will we see a Lubyanka prison constructed in Washington D.C.? Will the political enemies of Biden’s regime be whisked off the streets and shoved into cramped cells and then subjected to ‘enhanced interrogation’ until they ‘confess?’ Don’t be surprised if this happens. Don’t be surprised if a network of gulags is also set up. The FEMA camps won’t be about slave labor, though. They’ll be about the extermination of the security agencies’ political enemies.

JFK wanted to break up the CIA. It’s too bad he was executed by them instead. Allen Dulles was fired by Kennedy, yet he was the leading man on the Warren Commission, which helped cover up the CIA’s crime.

It’s time to break up the CIA for good. Let the military conduct intelligence gathering on foreign countries. Stop trying to subvert other countries. That often leads to blowback and endless war. Break up the FBI too and let individual states assign marshals to fight real crime—not investigate or invent wrong doings against their perceived political enemies. Do away with the NSA for their gross and repeated violations of the law. It’s a felony to read private mail of US citizens. Let the branches of the military monitor foreign enemies and let us Americans have our Fourth Amendment back.

It should be the other way around…and besides, the security agencies are NOT the government and our government is not the country.