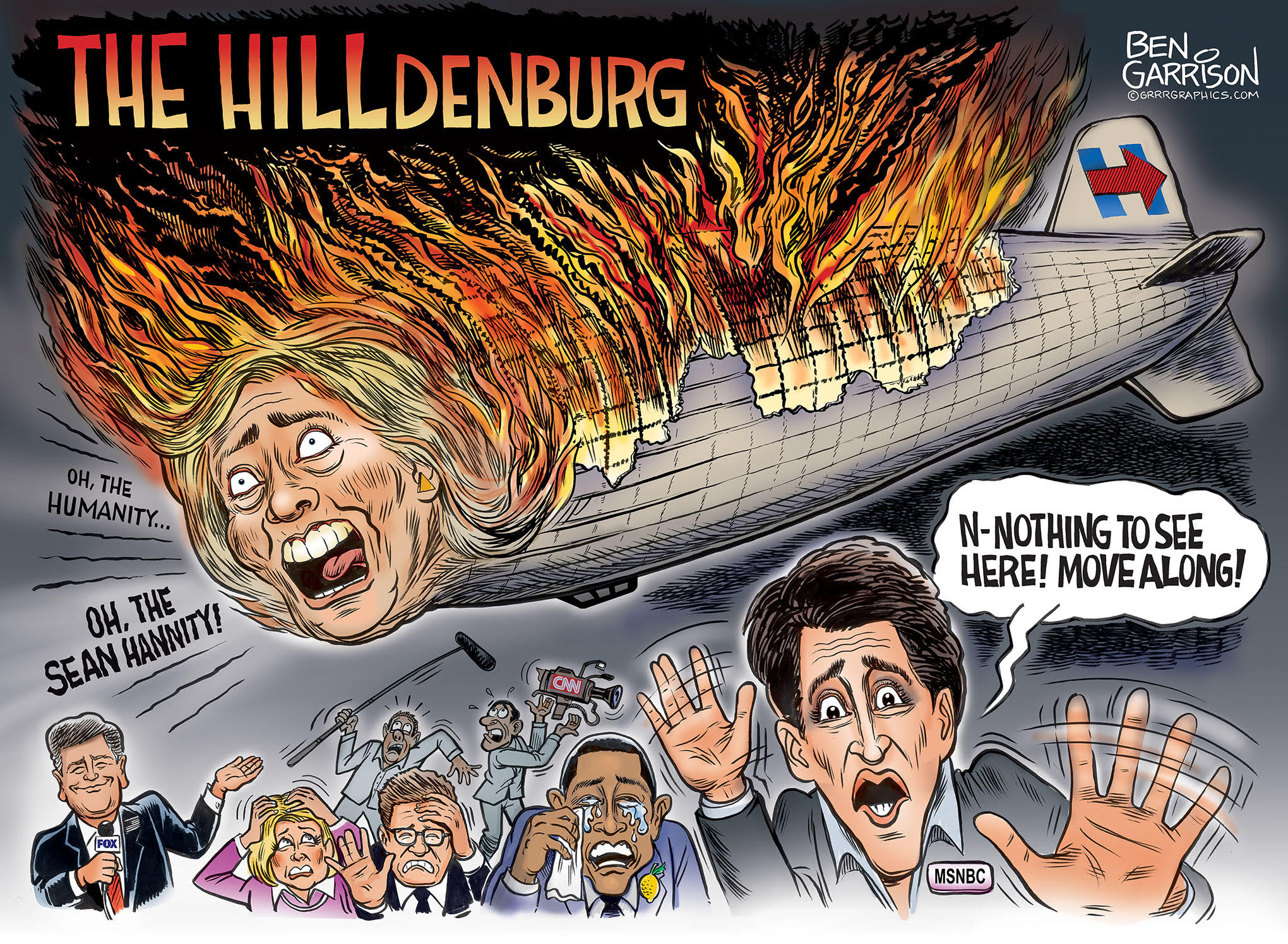 Sean Hannity: We have an IG report coming out and I’m told as many as 28 people that have knowledge of the Clinton email server want to be subpoenaed so that they can tell the story of corruption at the highest levels of the bureau.

For decades, Hill and Bill have been embroiled in dubious scandals. But protection from the Fake News Industrial Complex and powerful friends in the Deep State have covered their tracks each step of the way.

No doubt, Hillary has broke the law repeatedly. Any other person who did a fraction of her crimes would be in prison attire for years.

Lock her up already!

Hillary is going down in flames and it’s about time.

We now have proof that the ‘Russian collusion’ narrative was merely an invention concocted by Hillary and Podesta. It was designed to drive President Trump out from office and the corrupt corporate media was all too eager to repeat the lie. For eight long months we’ve had to endure fake news and faux outrage by the legacy media—even though they could prove nothing. So much for journalistic integrity.

The actual Russian collusion occurred in the Clinton camp. The Clinton Foundation received millions of dollars from Russia in exchange for 20 percent of America’s uranium in the Uranium One deal. Bill Clinton also received a kickback from Putin in the form of an outrageous $500,000 speaking fee. Obama did nothing to stop it and endorsed it.

Hillary and the DNC also paid millions of dollars for a Russian dossier on Trump. The exposé was nothing but outrageous lies, but John McCain plus also the FBI got involved and became complicit.

Everyone needs to be held accountable because the report has proven to be completely false. That didn’t stop the mainstream media. They trumpeted it anyway. Will their sour notes finally end? Will the MSM apologize to Trump? Not likely.

Hillary tried to steal the election—not Trump. She broke the law over and over again and has arrogantly eluded justice for far too long. Lock her up!