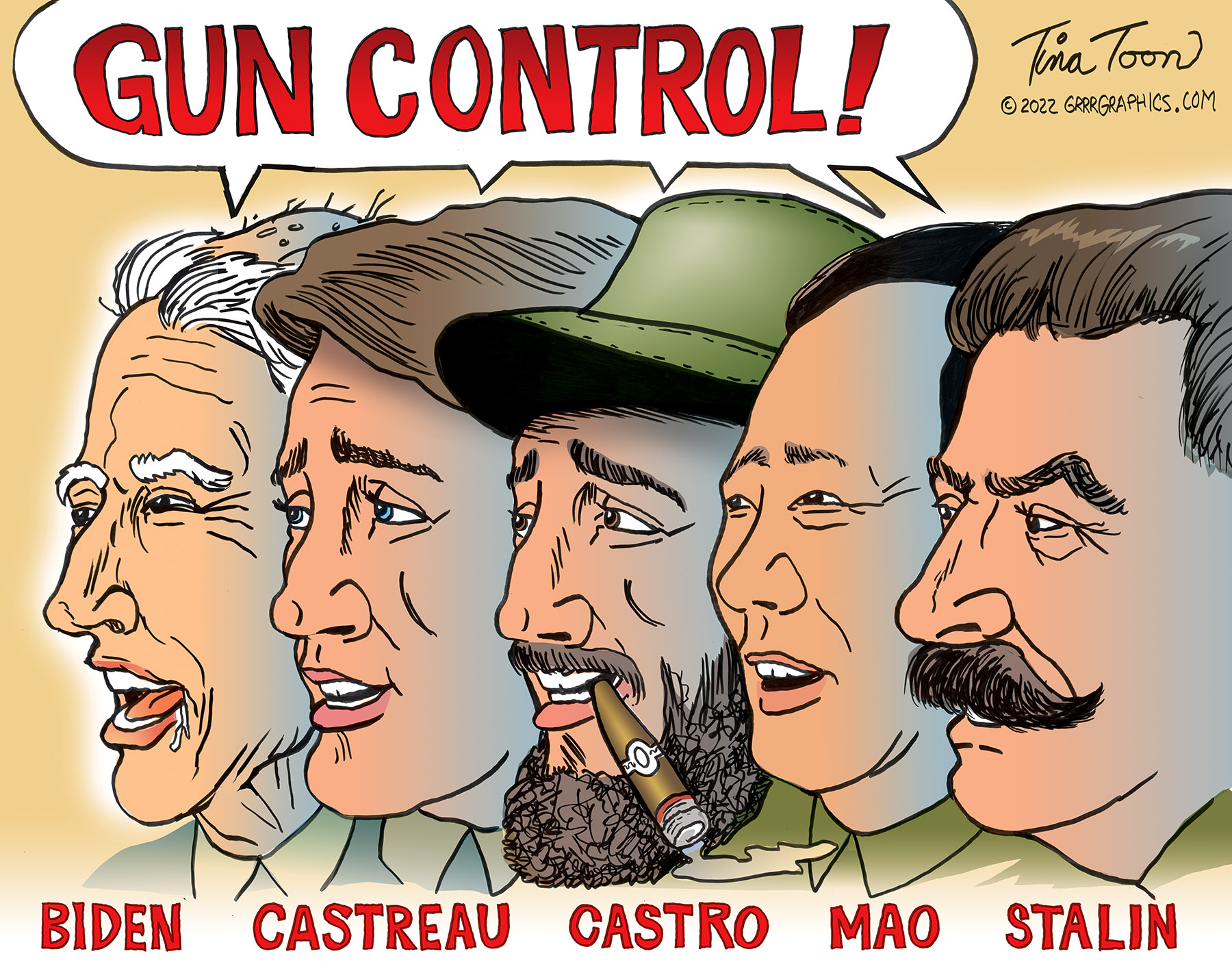 If someone is trying to disarm you, that means they consider you an enemy.

If someone takes your weapon, you can’t fight back.

The illegitimate Resident, Joe Biden, took to his green-screened White House podium and called for drastic gun control to be passed by Congress. Earlier Biden claimed the second amendment was “not absolute.” Both the constitution and the second amendment ARE absolute, while the Biden regime is not.

The United States of America has had the Second Amendment for 243 years. We are not about to let some illegitimate demented puppet and his communist handlers remove it. Any attempt to destroy the Second Amendment is unconstitutional and would be challenged in court. They would not even get that far. If for some reason the court did not challenge it, millions of gun owners would.

Why are we suddenly seeing a mass shooting nearly every week? Maybe because the midterms are approaching quickly and the communist Democrats know they are running out of time to disarm American citizens. They know they will be wiped out in November and they’d like to cheat again, but it’s harder for them to cheat when everyone knows they’re cheating and watching them like a hawk.

We should not call it “gun control.” We need to call it what it is, the disarmament of citizens. This is nothing new as tyrannical governments have seized the peoples guns before, and it never works out well for the people.

Mass murderers through out history have relied on “gun control” and weapon seizure from so called “enemies of  the state.” It’s not that they hate guns—they simply want all of them in the hands of the state. If one thinks about it in those terms, Biden’s classification of regular Americans as”domestic terrorists” makes more sense.

Stalin killed between 20 to 60 million people and starved millions of people in Ukraine. You can be sure these folks did not have weapons to defend themselves when Stalin’s armed operatives showed up at their farms to remove every last morsel of food.

China’s Chairman Mao coined the phrase, “Political power grows out of the barrel of a gun,” and he was the one holding the gun—not the Chinese peasants.

Fidel Castro, Justin Trudeau’s pop, knew all about gun control. Castro flexed his totalitarian muscles by asking why the people of Cuba even needed guns:

“Guns, for what? To fight against whom? Against the Revolutionary government that has the support of the people?”

The next day gun confiscation went into effect.

Castro said the same thing about voting. “Voting? What for?”

“Castrudeau” has introduced legislation to ban the sale of all hand guns in Canada. You think he will stop with handguns? I highly doubt it. Does Canada need a Second Amendment? Would such an amendment even stop Trudeau? Doubtful.

Why are Biden and Trudeau rushing to take guns from citizens? They’re doing it because they both know the globalists are running out of time. The WEF demands the Great Reset and they are tired of waiting around for you to die and get off THEIR planet. At the very least, they want us eating bugs and living in pods with zero privacy. They are rushing their plans and in doing so they are revealing what they really intend to do.

Our Founding Fathers knew we would be facing a corrupt and tyrannical government in the future. That’s why they made sure we had the Second Amendment. It’s not just about hunting. Its main purpose is to allow us to protect ourselves from degenerate Marxist tyrants who currently reside in the White House and Congress.

Any congressional swamp creature that votes for gun control and the removal of the Second Amendment should be considered a traitor and an enemy of We The People.