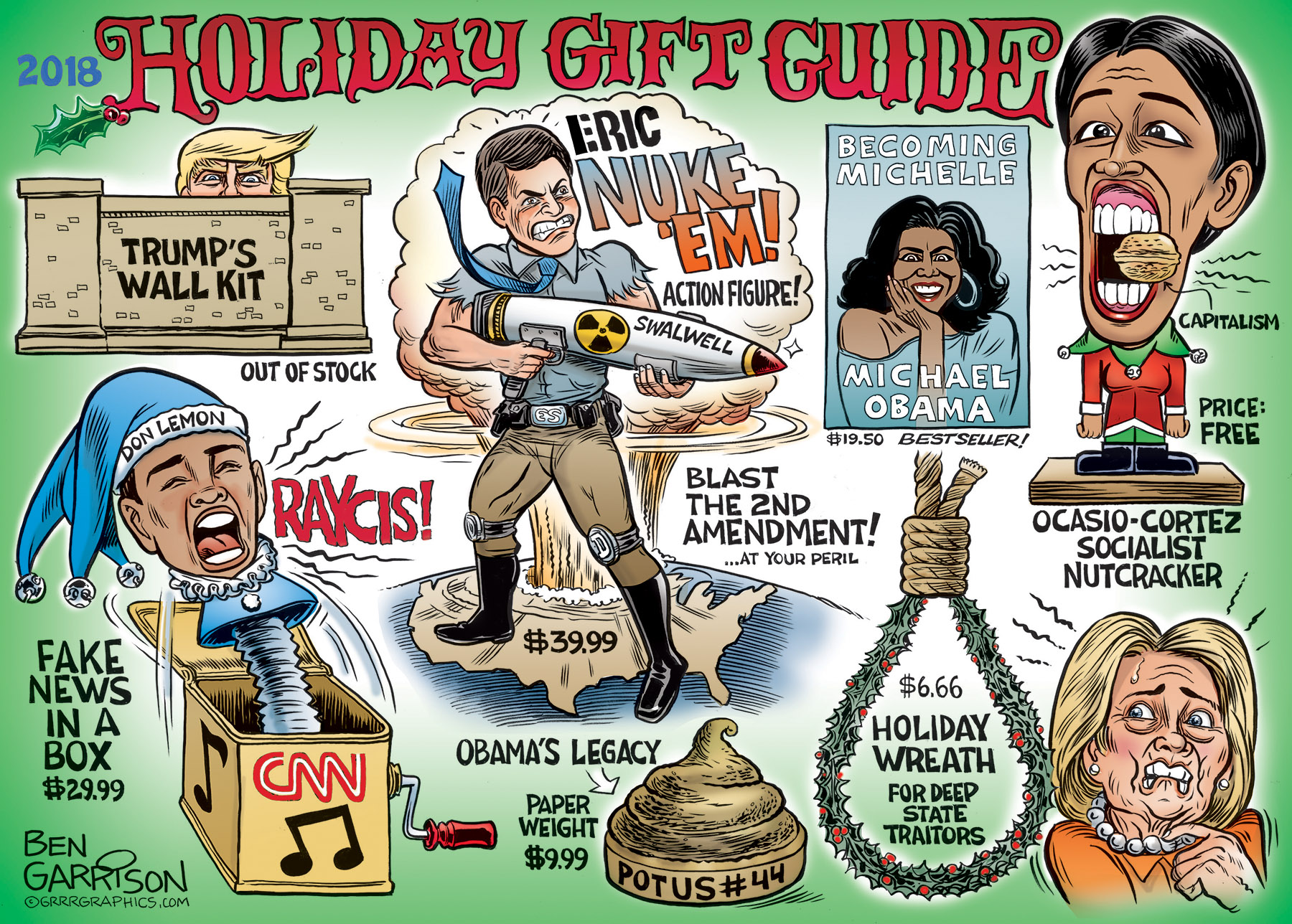 For your Christmas cartoon pleasure, we offer you our annual Holiday Gift Guide.

A Trump wall toy might hold the attention of the kiddies for a while, but not Congress. It has been two years and funding has not been secured to build the wall, which was a cornerstone of Trump’s campaign. Obama Care also remains and Hillary isn’t locked up, but maybe those gifts will arrive by next Christmas. At least there is some progress on investigating Uranium One and the Clinton Foundation. An orange jumpsuit won’t look out of place on Hillary.

Cartoon BANNED By FACEBOOK- GrrrGraphics has been suspended for 3 days- What did it? I am betting the Michael Obama book, what do you think? 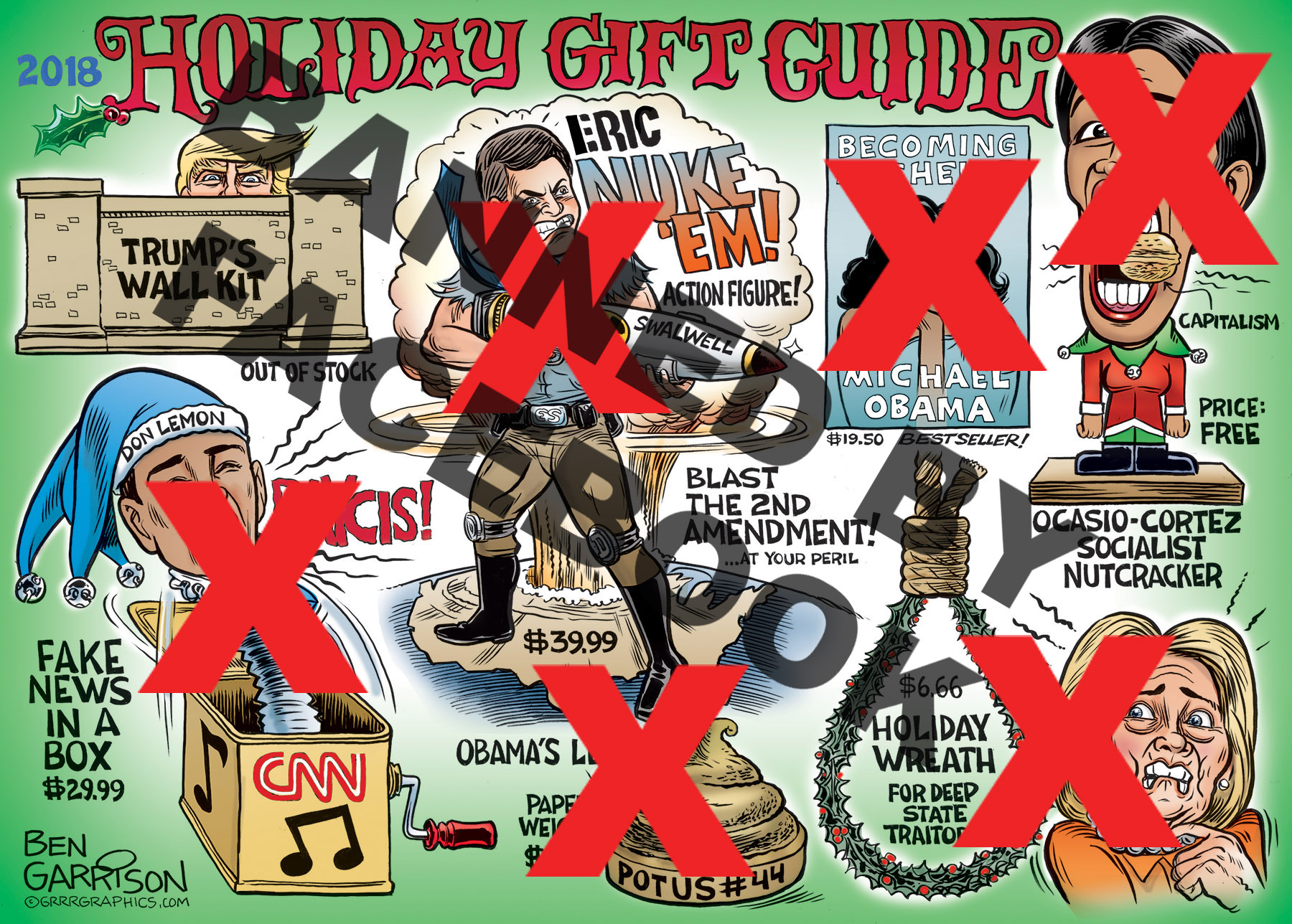 Trump has accomplished some good things over the past two years. Obama’s legacy needs a thorough dismantling. Many on the left claim his administration was scandal free, when in reality it was chalk-full of outrageous wrong-doings. The Deep State legacy news media ignored every single one of them. Don’t believe me? Read “The Scandalous Presidency of Barack Obama,” by Matt Margolis. Get yourself a copy for Christmas. Or buy several copies and hand some out to your left-leaning friends.

Speaking of the legacy media, their fake news abounds now more than ever. They continually get wound up and triggered by Trump. Don’t let those clowns scare you. The drift toward censorship is very disturbing, however.

The Ocasio-Cortez nutcracker is free, but we don’t expect much demand for it. Free things usually have little value and quality. With a little pressure, Cortez and her flimsy philosophies will fall apart.

Before you send me hate mail, bear in mind that Michelle Obama being a ‘tranny’ is a common Internet meme. My book cover variation is meant to prompt a chuckle and that’s all. Yeah, yeah…I know. The sensitive snowflakes are humorless nags due to an overdose of political correctness and they can no longer laugh at themselves or their heroes. Regardless, Obama is thought by many to be our first gay president in addition to being our first black president. (He treated black citizens badly, though). He’s called Michelle ‘Michael’ several times. Buy her book if you must, but you may want to avoid her lunch menu.

Finally, there’s an Eric “Nuke ‘Em!’ Action Figure. The militantly ignorant congressman from California wants to ban our guns and he has even threatened the use of nuclear weapons against American citizens who believe in their Second Amendment. Big government has big firepower and the dangerous Swalwell wants his statist finger on the trigger!