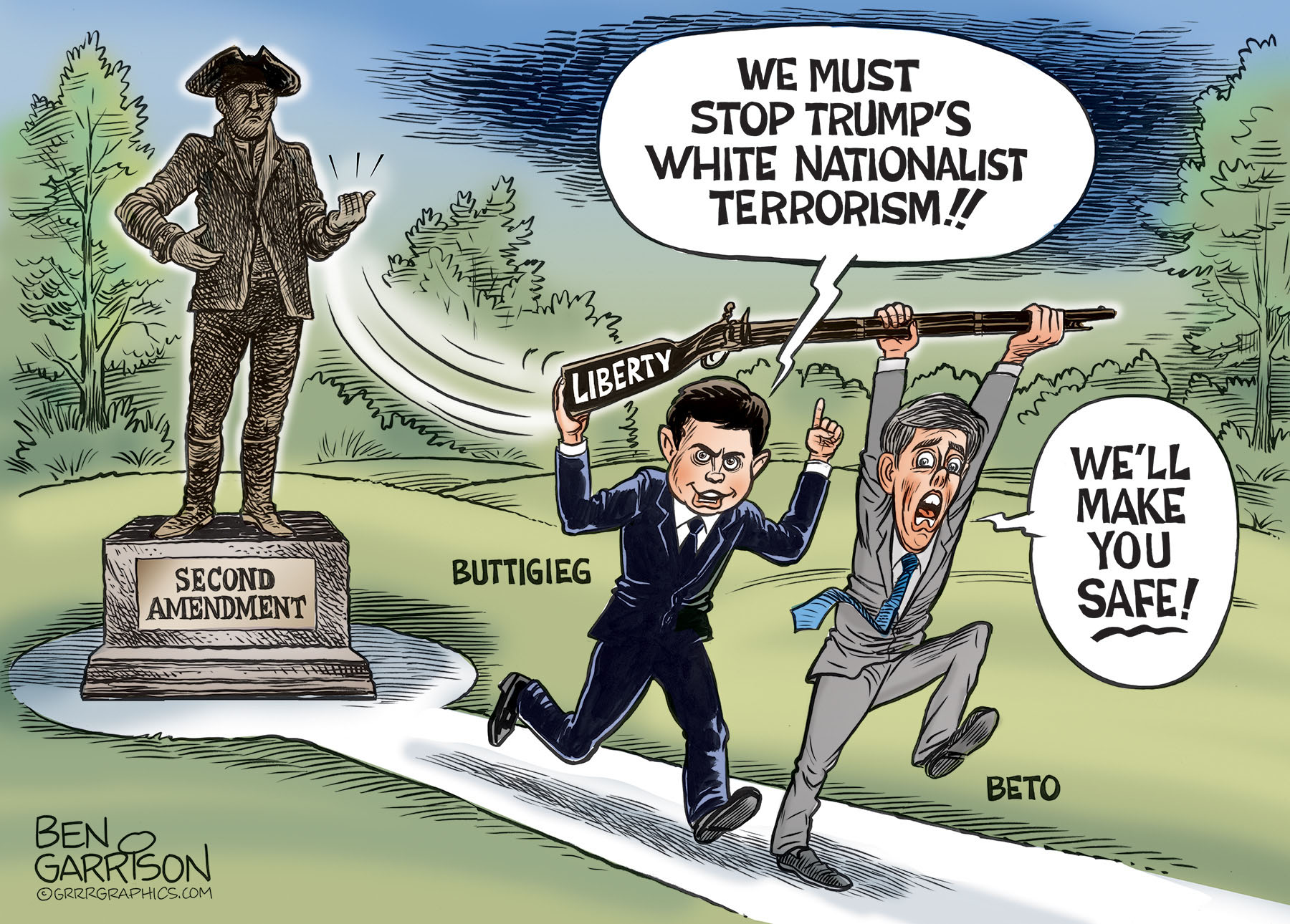 The latest tragic shootings in El Paso and Dayton were quickly leveraged by the radical socialist left to promote gun control and attack the president.

Pete Buttigieg claimed the U.S. is under attack by ‘white nationalists’ who are the ones behind the mass shootings. He claims President Trump is encouraging them to carry out the massacres. This is of course an outrageous lie, but not surprising. The socialists and the globalist Deep State will do and say anything to ban firearms. Their ultimate goal is to do away with the 2nd Amendment altogether.

Beto O-Rourke also pronounced Trump to be a ‘white nationalist’ and, predictably, a ‘racist.’

The president did say he was a ’nationalist.’ It’s not a bad thing. Being white is not a bad thing either, but combining the words ‘white’ and ’nationalist’ somehow conjures up frightening images of Nazis. This is why the left continues to distort the meaning of nationalism. The dictionary says nationalism is synonymous with patriotism. Nationalists put their own country above the interest of other countries. The globalist left—personified by George Soros, don’t want this. They want open borders and socialism. They want a well-controlled populace dependent on big government. In this manner the people will be kept ’safe.’ The cost? Our sovereignty and our freedom.

Will the left-learning social media giants use the ‘white nationalist’ canard as an excuse to ban conservatives who support Trump and the NRA from their major platforms ahead of the 2020 elections? If so, it could end up leading to their demise.

Many lives have been lost due to the mass shootings, but banning guns would lead to far more horrific death tolls. Socialist tyrants always disarm their citizens before unleashing misery, starvation, slavery, and death. During the last century, 100 million people died under the yoke of communism.

Patriots do not trade in freedom for safety. If we do, we will have neither freedom nor safety.