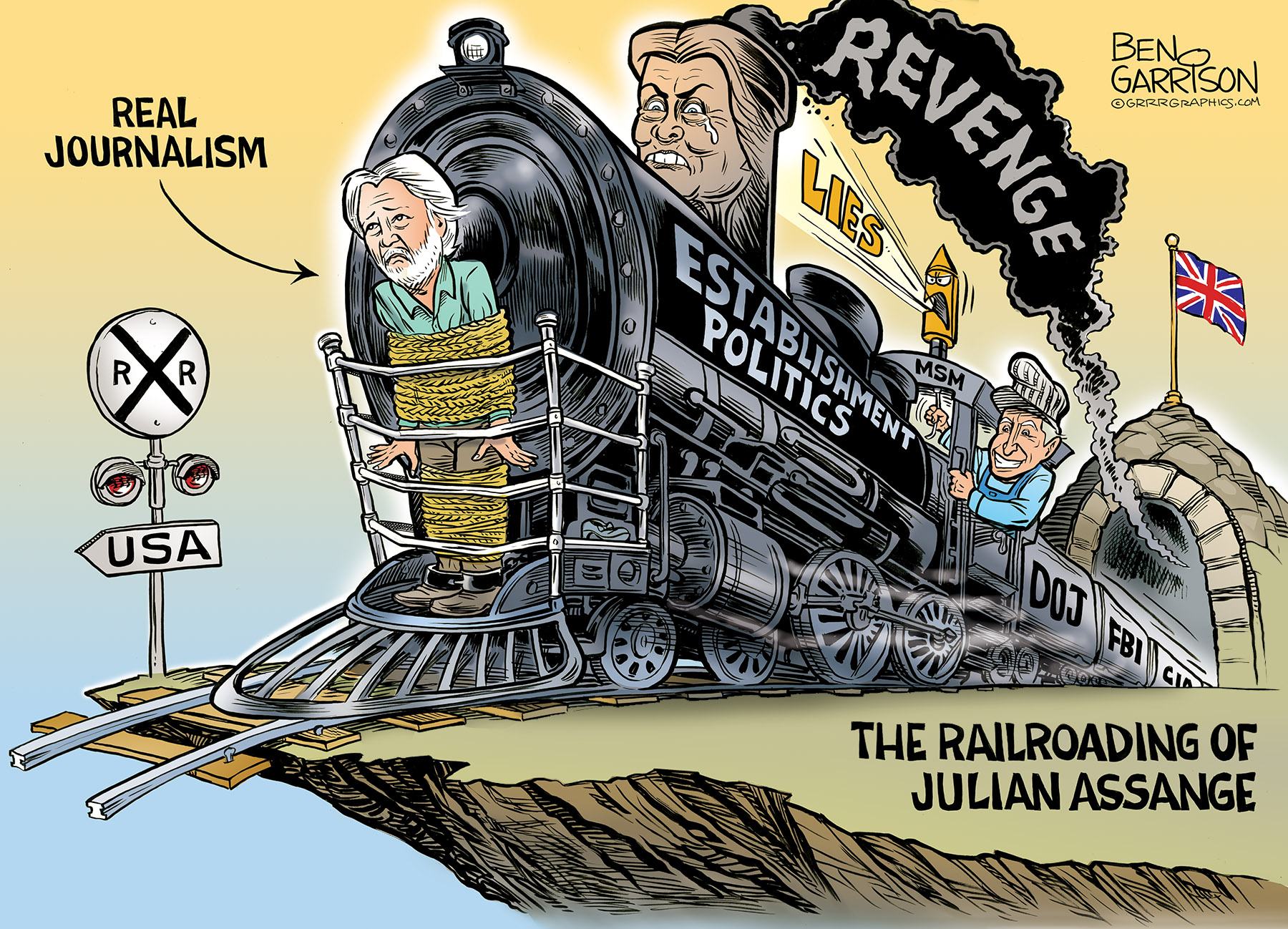 All Aboard the Tyranny Train

It saddens me to see Julian Assange being treated like an arch criminal when in fact he’s guilty of nothing but first-rate journalism. Remember the “Pentagon Papers?” Pulitzer Prizes were won for such journalism back in the 1960s. If journalists do the same today they are rewarded with prison time.

Nowadays, corporate media are propaganda mouthpieces for the establishment. They spread lies about Assange and say he ’stole’ secret documents. Not true. He had a source that he wanted to protect. He stole nothing and he enlightened us all about the rampant corruption taking place within government and the Democrat Party. Hillary Clinton probably had Seth Rich murdered for leaking emails that revealed such corruption.

It’s a shame President Trump didn’t pardon Assange, but his Secretary of State and former CIA head Mike Pompeo no doubt talked him out of it. The latter has lost a lot of weight. Will he be running for president in 2024? The war monger won’t get my vote. Regardless, the continued attack on Assange represents an attack on our free press.

As countries continue to drift toward globalist totalitarianism, we will inevitably see less press freedom. There is none in communist China, North Korea, Venezuela, and Cuba. Now it’s going away in western countries. If we’re not allowed to report on the dark machinations taking place within government and its security agencies, their abuse of power will only worsen. Real journalism helps keep government accountable. Instead we see Biden imploring the media to come to his aid. Anything negative about Joe is now called ‘misinformation.’ The mainstream media are subservient lackeys to the ruling class and corruption while real journalists and whistleblowers are persecuted and prosecuted. That’s not the way it should be.

The powers that be are destroying their own credibility by destroying Assange.

PS. Did you spot the “Easter Egg” in this cartoon- Ben is up to his old tricks! 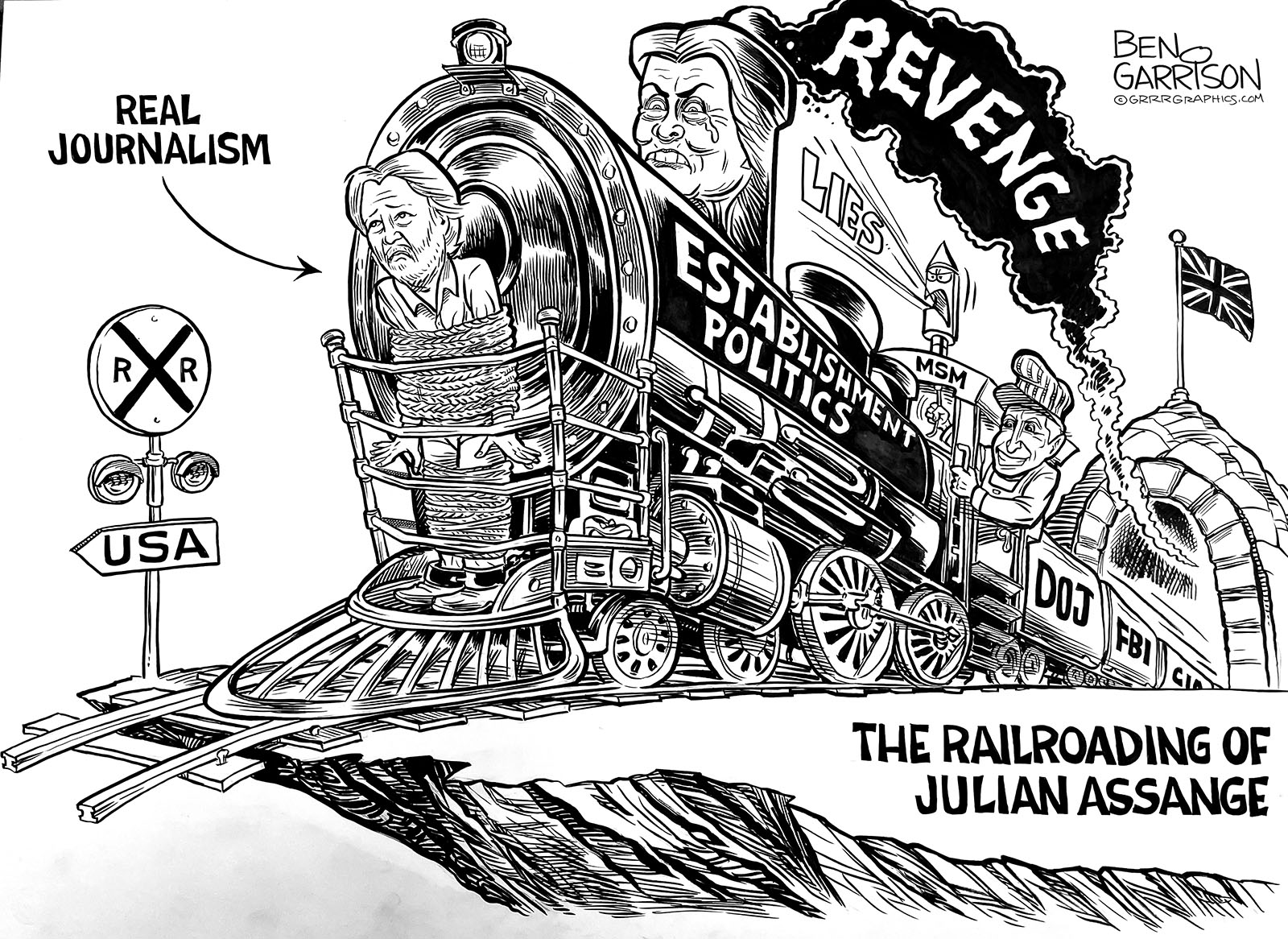