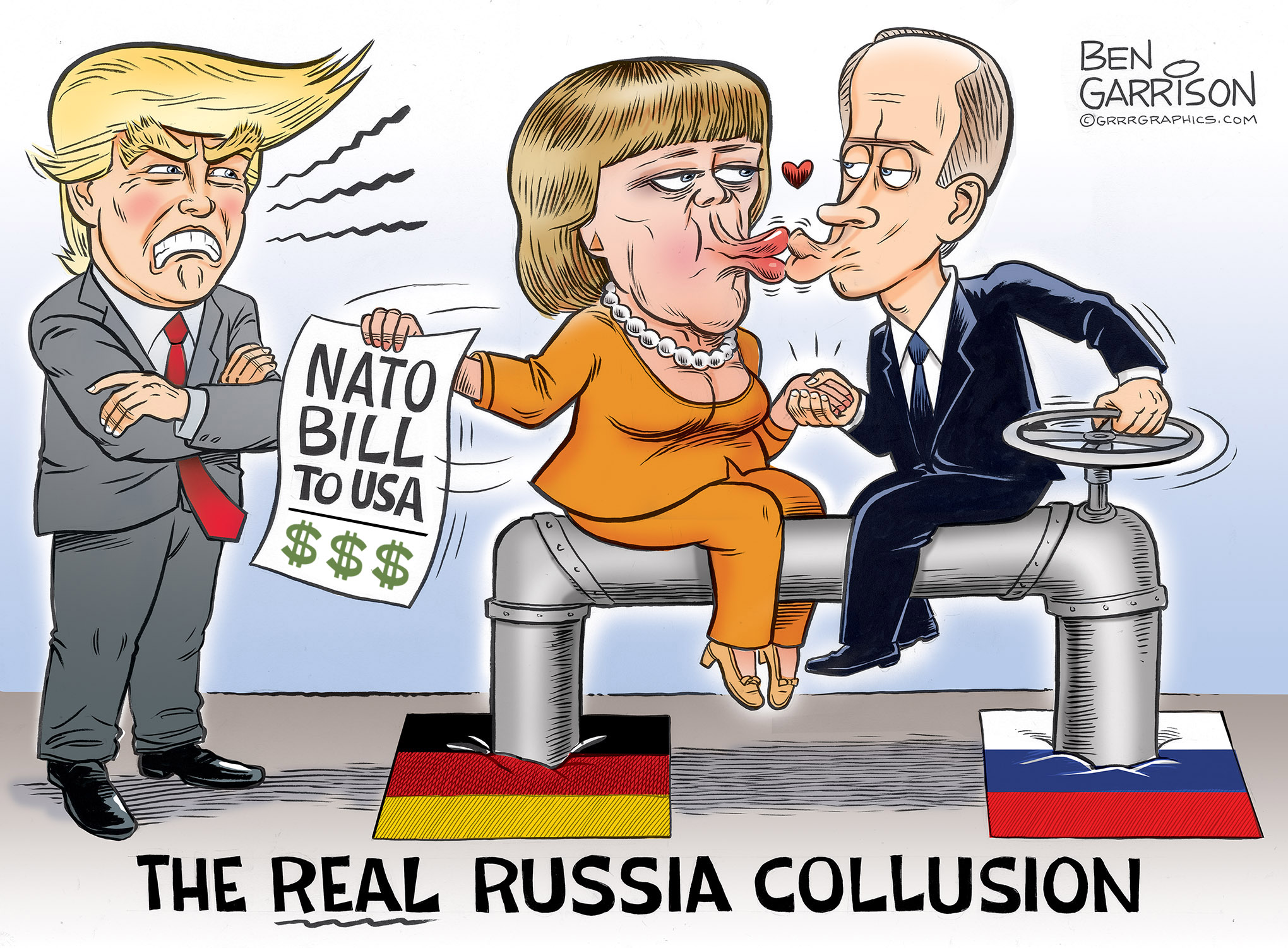 President Trump strongly criticized Germany for colluding with Russia over their energy pipeline.

The Germans expect the United States to pay the lion’s share of the NATO bill even though they’ve become the economic powerhouse of Europe. We’ve been played for far too long. Has NATO outlived its usefulness? After all, most of NATO members are wealthy enough to pay for their own defense. Yet nothing changes and Uncle Sam the ‘sucker’ continues to pick up the tab on a bad deal. Trump wants better deals for America and he’s trying to fulfill his campaign promise.

“We’re supposed to protect you against Russia, but you’re paying billions of dollars to Russia and I think that’s very in inappropriate,” Trump said. Especially since the former Chancellor of Germany heads the pipeline company that brings in the supply from Russia. As long as Germany depends on Russia for energy, it is in a sense captive to Putin.

If Germany considers Russia an ally, why not make the latter a part of NATO itself? No. The globalists don’t want that. The central bankers need enemies to keep their coffers full. NATO and the EU help keep globalism alive. If it were up to me, I’d get America out of NATO altogether. Let’s get out of the U.N., too. It’s time to forget about ‘empire’ and concentrate on our infrastructure, which is in dire need of rebuilding. We helped to make Germany great again. Now it’s time to concentrate on making America great again.