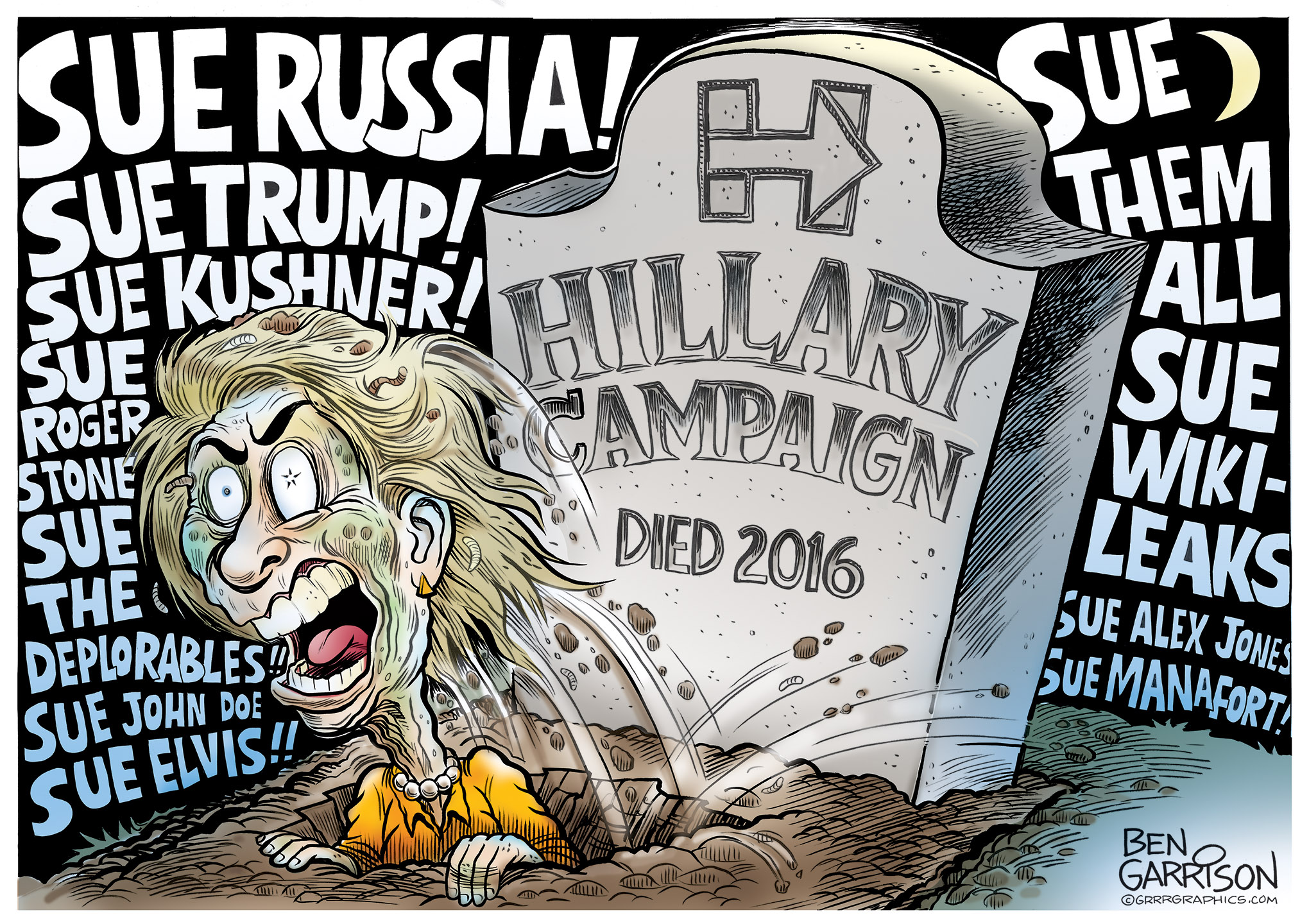 Hillary was to continue where Obama left off. Breaking America down and rebuilding it aligned with the wishes of their oligarch masters—that was their goal. Instead, a populist president won with the promise of restoring the Republic. He still wants to make America Great Again. But the Deep State oligarchs want ‘their’ country back and apparently they’ll stop at nothing.

They’ve already doubled down on their claim that Trump colluded with Russia. Then they tripled down on the lie even though Mueller couldn’t find a shred of evidence to prove such collusion. Now they’ve quadrupled down on their lie by means of lawsuit designed to harass Hillary’s opponents.

Trump welcomed such a lawsuit. Maybe it will allow them to force the DNC to produce records of what was on their server and just exactly who leaked them. It wasn’t due to Russian hacking, it was due to Seth Rich who was fed up with a Clinton machine who was rigging the primaries against Bernie and in favor of Hillary. Seth Rich was murdered because he released information to WikiLeaks. Maybe the Democrats will shoot themselves in their collectivist feet with the lawsuit.

Hillary has long jumped the shark. With the lawsuit, she’s now jumped the whale.

Toon Troops! With your support and our Revolutionary Cartoons, we WILL drain the swamp down to the last drop! Thank you.

She’s become a bitterly pathetic, mewling, attention whore. The witch continues her Saul Alinsky tactic of blaming her enemies for the very things she’s done herself. Now she’s claiming the election was rigged against her. “They were never going to let me be president.” That’s not what you thought at the time. All of your polls and sycophants assured you of an easy victory.

You blame Trump for colluding with Russia when you know well and good that it was YOU who did the colluding. Does Uranium One ring a bell?

If you think suing everyone who stood up against you will work, you’re gravely mistaken.