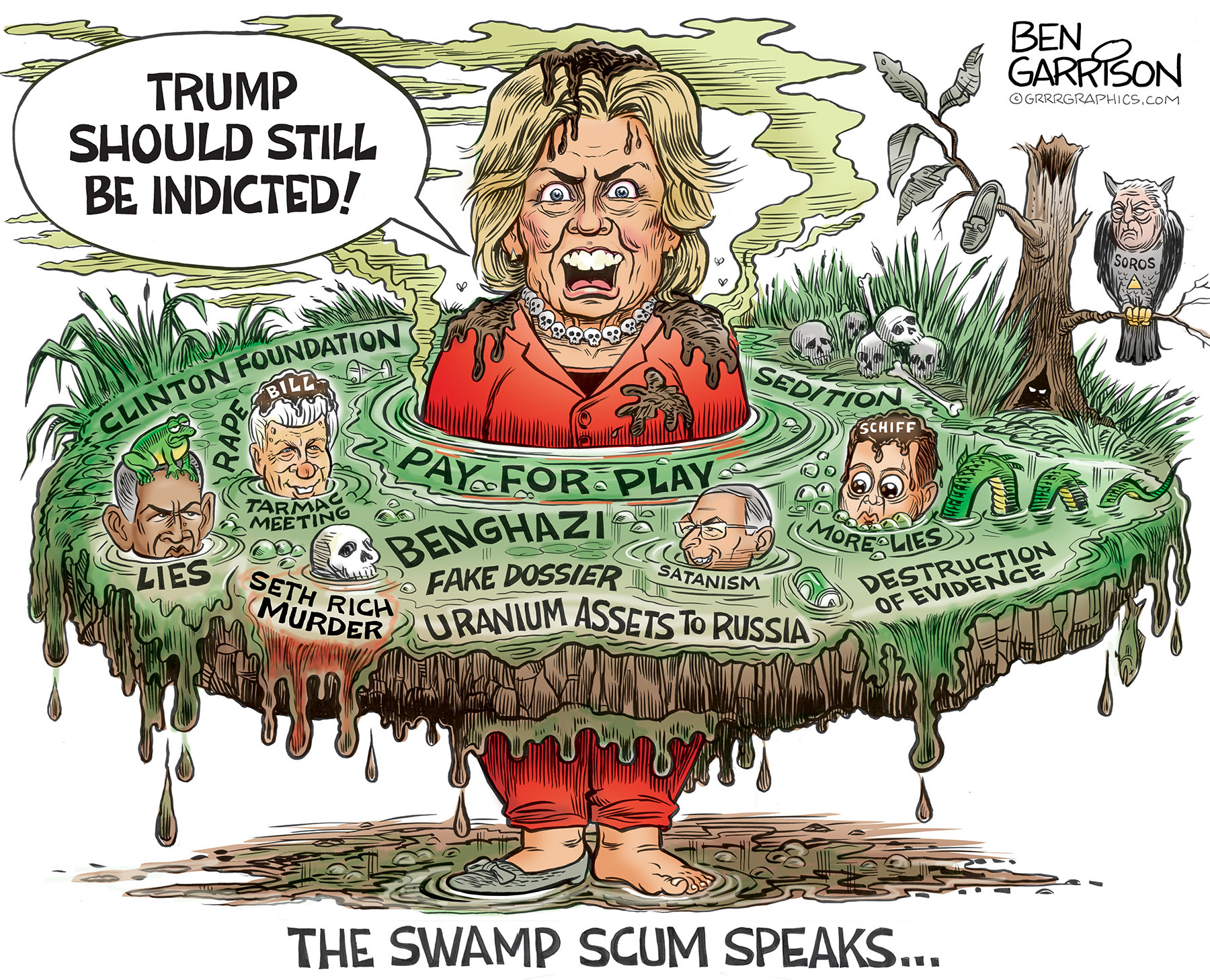 It was fabricated to prove Trump colluded with Russia. It was all bunk, but her corrupt allies in the security agencies made sure it passed a FISA Court. As a result of Hillary’s lie, our nation had to endure two years of ‘Russia! Russia! Russia!’ hysteria. She and her operatives expected it all to lead to the impeachment of a lawfully elected president.

The Mueller Investigation was Hillary’s ‘insurance.’ It was designed to punish, marginalize, insult President Trump, and render his presidency ineffective. It amounted to sedition.

Hillary is the one who colluded with Russia. Her Uranium One deal gave Russia nearly 20% of America’s uranium reserves over to Putin while the Clinton Foundation prospered. Bill spoke and Russia and received $500,000. It’s what’s known as ‘pay for play.’ Mueller and Obama were involved in the Uranium One deal, and Obama also knew about Hillary’s illegal server containing classified email. She engaged in obvious obstruction of justice by bleaching her server in addition to taking a hammer to her cell phones.

Now she has the nerve to accuse Trump of obstruction and stated that he still needs to be indicted. She has no shame.

The next investigation should be aimed at Hillary, Obama, Mueller, Comey, McCabe, Brennan, Clapper, and Lynch among many others.

If Hillary is not held liable for her crimes, then we know the Deep State remains firmly in charge and running the show. Hillary seems to enjoy flaunting her ‘above the law’ status. She’s committed crimes for years and always gets away with them. She must not be allowed to escape justice again.

LOCK HER UP! LOCK THEM ALL UP!