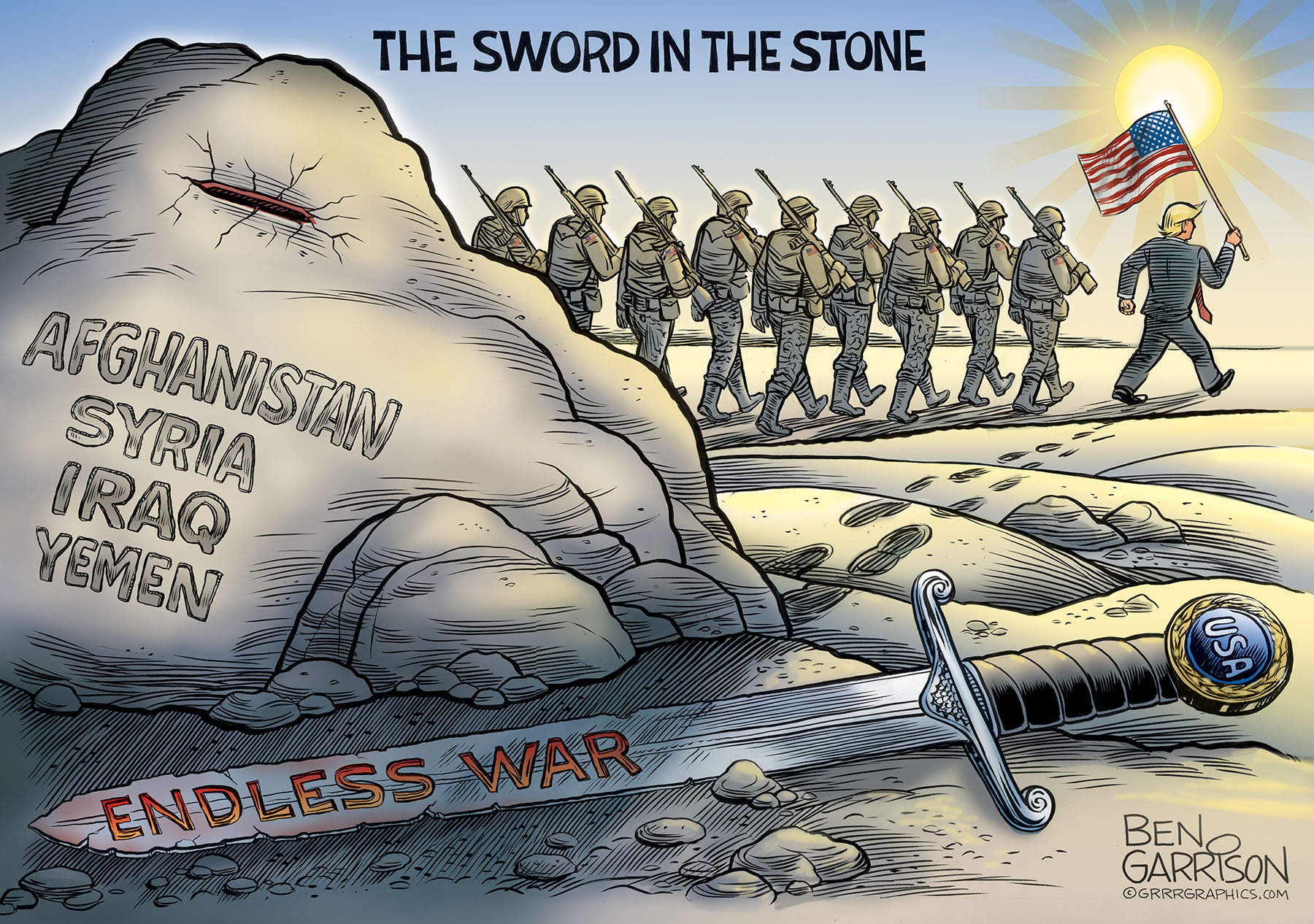 The White House revealed Trump’s decision Sunday night and the president also shared his thoughts on the issue on Twitter on Monday.

“I held off this fight for almost 3 years, but it is time for us to get out of these ridiculous Endless Wars, many of them tribal, and bring our soldiers home,” Trump wrote on Twitter.    Breitbart

“We’ve been there for 19 years, almost, we are fighting very well. We’re fighting harder than ever before. I think they’re tired and, I think everybody’s tired,” Trump said. “We got to get out of these endless wars and bring our folks back home.”

Before Barack Obama was elected, he promised to end the war in Afghanistan by 2014.

He also promised to end the Iraq war. Never happened. We’re still in both countries. The war in Afghanistan has cost US taxpayers one trillion dollars and has dragged on for almost 18 years. 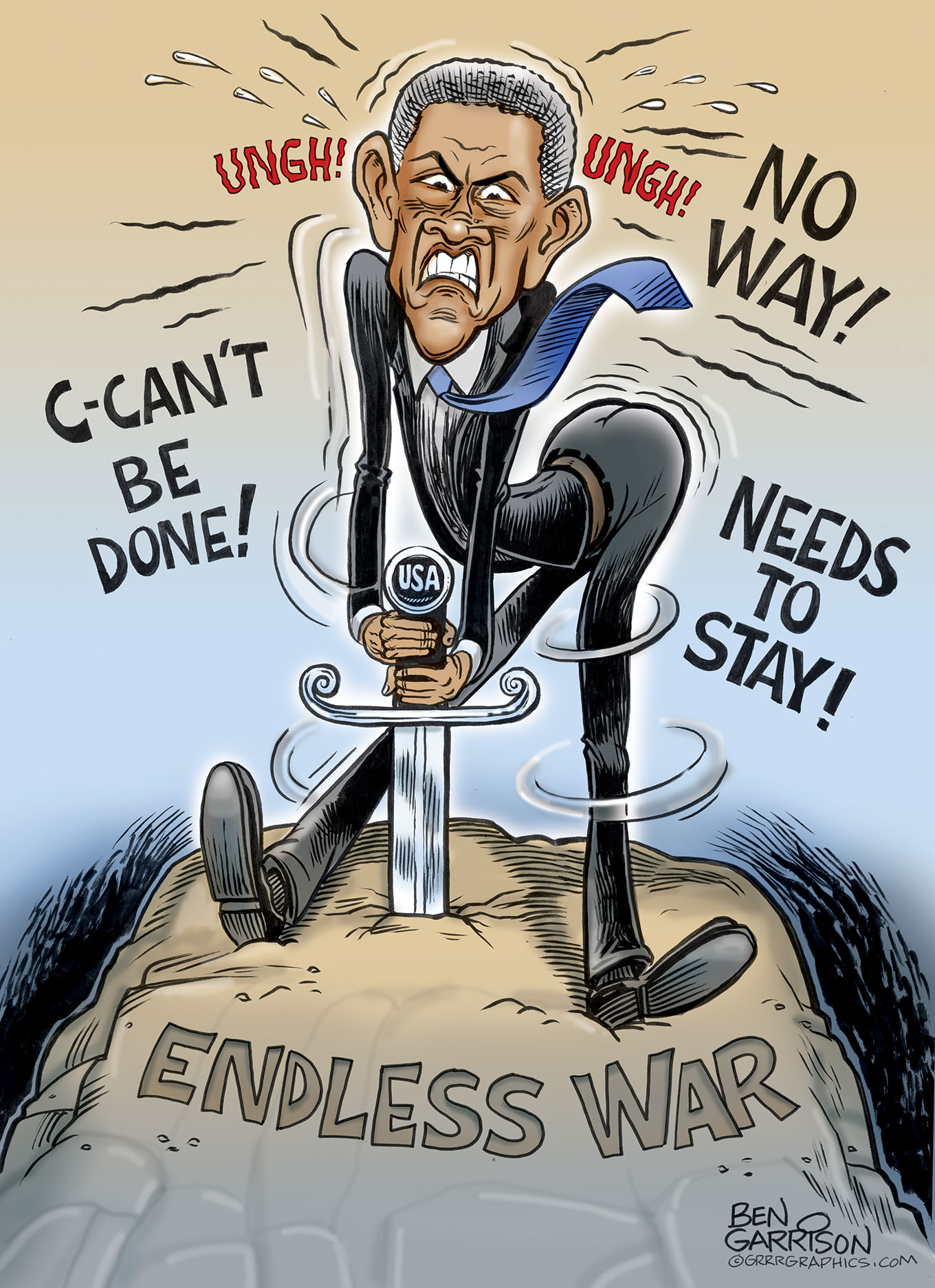 The post 9-11 wars combined have cost American taxpayers an astounding $6 trillion dollars. That money could have been spent building a very nice border wall and repairing infrastructure including bridges, highways, airports and hospitals.

Obama won the Nobel Peace Prize right out of the gate. He then went on to start wars in Syria and Yemen. He failed to end the war in Iraq completely. He took action in Libya, which resulted in the torture and death of Gaddafi, even though the latter was trying to appease America. Hillary, who enthusiastically voted for the Iraq war, cackled over his death. She probably laughed about what happened at Benghazi, too.

Obama dropped 26,000 bombs in seven countries. He bragged he was ‘good at killing people.’ His drone strikes, including targets in Somalia, were 10 times the amount that took place under his predecessor and fellow war criminal, George W. Bush. Indeed, the Bush crime family’s wars were all based on lies. Obama perpetuated the lies and war.

Donald Trump also promised to end the senseless wars, but after he was elected he continued to carry them on, presumably on the advice of his generals and the military industrial complex. I now heartily applaud him for talking about getting out of Syria altogether. He said it himself—the wars are nonsensical. They are filled with blood and sand, signifying nothing. Let others take care of them; the US should be out of the war business. We need to take care of ourselves.

Trump can also finally end our longest war—the one in Afghanistan. Ironically the Deep State press criticized Trump for carrying out bomb strikes and war, but now they are criticizing him for wanting to end those wars. The Democrats are revealing their true warmongering colors. Many so-called liberals want war!

Various wars in the Middle East have been going on for centuries. Why should the United States get involved? One progressive wrote me and said we need to stay in that region to ‘protect innocent lives.’ It sounds very noble and egalitarian, but it’s wrong-headed. The US is not God and we can’t solve all the problems occurring all over the world.

If Trump can pull the sword of endless war from the stone, he will go down as a great president. Building a wall and ending the Federal Reserve would definitely make him that greatest president ever.