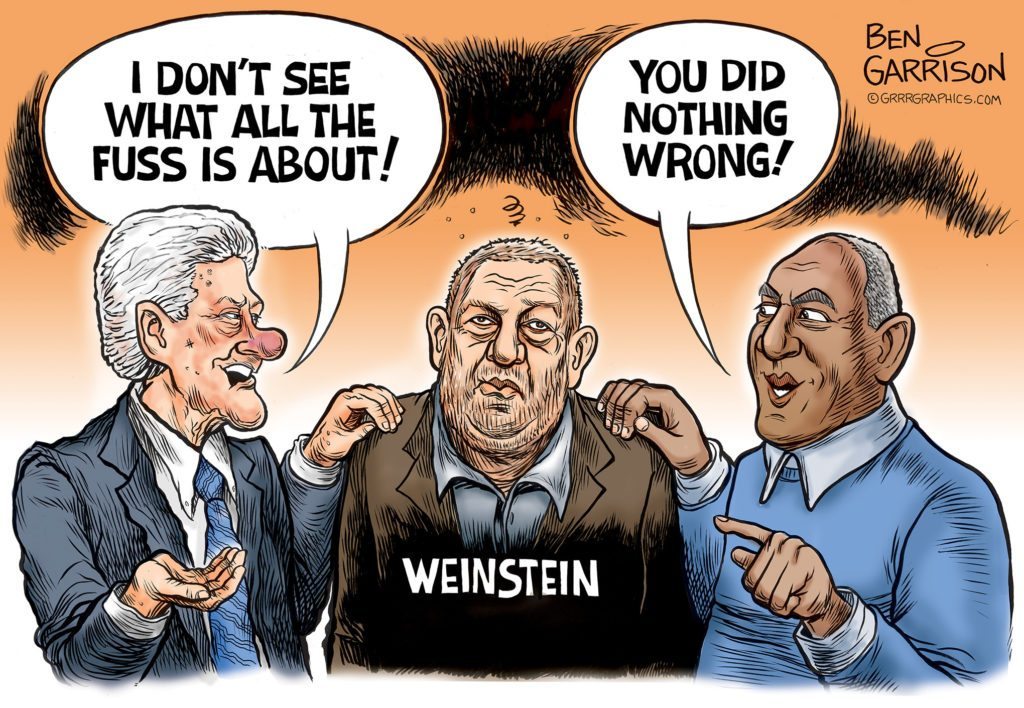 Today I read a column written by Lena Dunham that appeared in The New York Times. In it she expressed some trepidation about performing at a benefit for Hillary Clinton that was organized by Harvey Weinstein.

“I’m sorry I shook the hand of someone I knew was not a friend to women in my industry,” she wrote. “I wanted so desperately to support my candidate that I made a calculation.”

Harvey Weinstein contributed to and is a friend of Hillary.

There is now some pressure on Hillary to denounce Weinstein. The cup of irony runneth over. Hillary is married to a rapist and a serial abuser of women. Bill probably considers Weinstein’s transgressions to be the work of an amateur, because he got away with far worse. He even took advantage of a young intern in the Oval Office itself, but his leftist supporters still supported him. Hillary was instrumental in covering up her husband’s sexual misconduct and she even harassed many of Bill’s victims, yet Dunham enthusiastically supported her for president. That reeks with hypocrisy.

Hollywood has long been filled with powerful men who don’t hesitate to take advantage of young, beautiful women. Woody Allen is an old pervert who surrounds himself with very young women in his movies. Roman Polanski can’t return to the U.S. due to rape charges. Bill Cosby drugged young starlets. The casting couch has been in use for a long time.

Weinstein’s career of sexual harassment is reprehensible, but many liberals in Hollywood went along to get along in order to gain employment and connections. It’s now too late for them to go into full virtue signaling mode.

UPDATE: I drew this cartoon the night before more news came out about Weinstein’s pattern of sexual abuse against women. Why did it take so long for liberal Hollywood to denounce this man? Why didn’t they put on their pussy hats and march against him? They didn’t want their careers to take a hit, that’s why. Money and fame took precedence over morality.

Watch the mainstream media now try to weave Trump into this narrative of powerful men who abuse women. One problem for them, though. They have no facts to use against the president. Just lies.

A Great Team!  MAGA Cartoons and your support-Together we are unstoppable!

Help us unleash Cartoon Hell on the Deep State Swamp- More Hillary missing a shoe? Make it happen with a one time donation and help “Make Cartoons Great Again”. Thank you.

From the Web
Paul Joseph Watson weighs in: 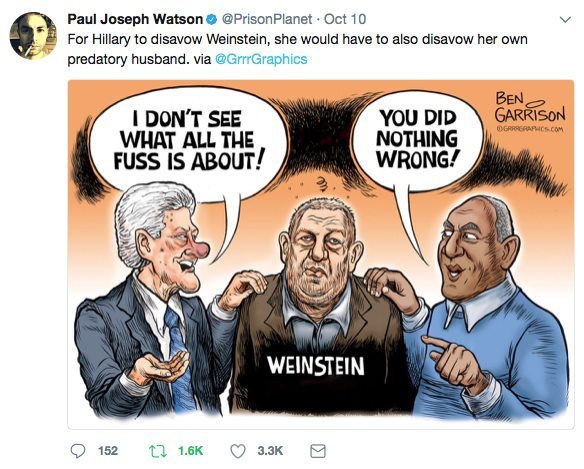