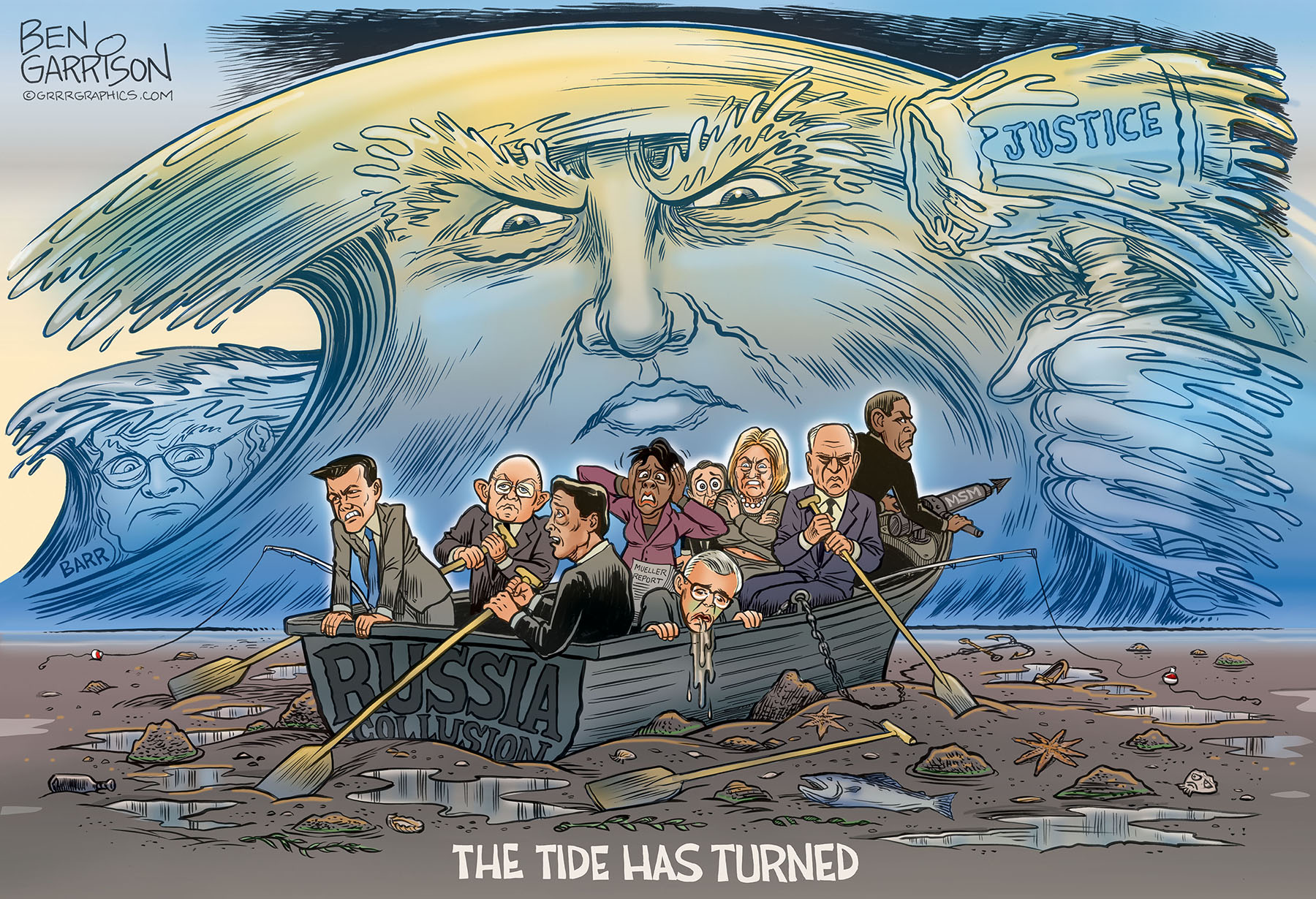 For two years the Democrats have been on a fishing expedition to bring down a lawfully elected president. They got skunked and reeled in no evidence to support their accusation that Trump colluded with Russia to defeat Hillary.

Their boat enjoyed a high tide of hope and momentum for two years, but after the Mueller Report was released, that tide went out. All the way out. Now they’re stuck in the mud and they all look ridiculous. Do they abandon their boat and trudge back to the shore of apology? No. Most of them are tripling down on their lunacy. They’re now threatening impeachment based on ‘obstruction,’ even though there’s no proof of that, either. Maybe Trump gritting his teeth at their witch-hunt qualifies as obstruction.

Mueller knew the case was based on a phony dossier paid for by Hillary Clinton, yet he allowed the case to drag on at taxpayer expense for two years. His report is filled with accusations, but then he also says there is no proof. He said his report does not ‘exonerate’ Trump, but there’s a pesky legal issue associated with that claim. Trump is innocent until proven guilty, and Mueller couldn’t even come close. The report is nothing but damage control to save his friend Hillary and his buddies in the corrupt security agencies.

The tide is rushing back in, but this time it’s a tidal wave in Trump’s favor. What the Deep State operatives did to him is nothing short of treason and they must be held accountable. LOCK THEM UP!