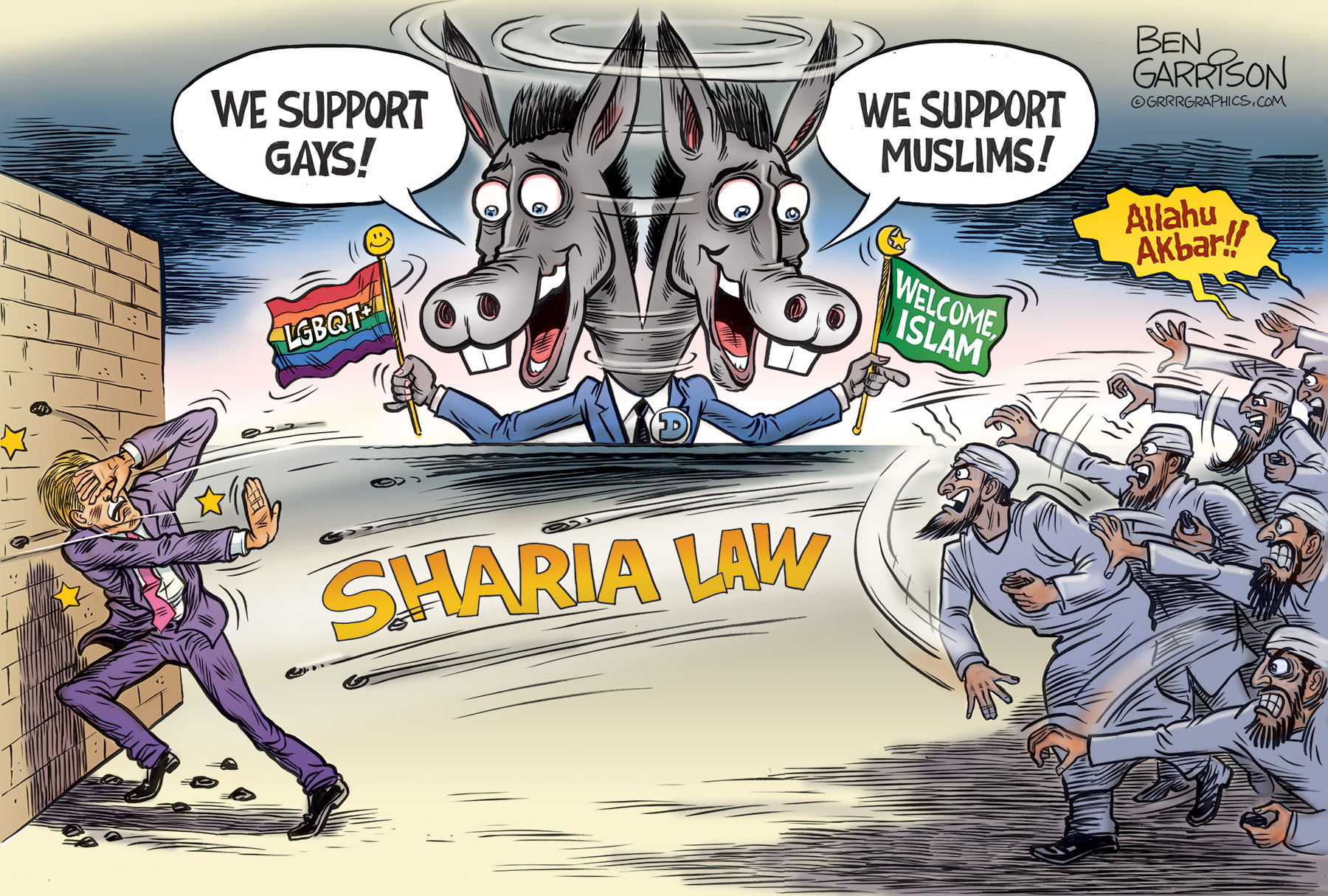 Sharia Law is a faith-based code of conduct for all Muslims.

It’s estimated that there are 2 billion of them on planet, and that number is growing. Sharia Law is an inextricable part of their religion and it’s incompatible with western ideas of freedom.

In some countries, the punishment meted out for more egregious violations of Sharia Law is barbaric and cruel. In Brunei gay people can be stoned to death. People aren’t allowed to leave Islam. If they do, death can await them. Islam adherents do not mix well when they immigrate to western countries, because they are unwilling to tolerate the ‘infidels’ among them. They are free to commit crimes including rape on said infidels and Sharia Law is OK with that.

Incidences of rape have jumped off the charts in western Europe. Europeans who even vaguely criticize Islam can be locked up for ‘hate speech.’ Look at what Great Britain’s ‘authorities’ did to Tommy Robinson when he revealed the existence of Pakistani rape gangs.

In America the Democrats welcome diversity in its entire wondrous splendor. They want open borders and a big government willing to help anyone who is suffering in the world. This includes embracing Muslims. Any criticism of that religion leads to cries of ‘racism,’ even though Islam is not a race. Unlike Europe, Americans still have some semblance of free speech, but if Silicon Valley moguls have their way, that part of our First Amendment will be going away. We have freedom of religion and the freedom of speech to criticize any religion. However, those criticizing Islam on social media are often quickly banned.

People are now intrinsically afraid of the repercussions, so most remain quiescent about Muslims without any warnings from the hectoring social media honchos. This especially includes Democrats and feminists. If someone questions late term abortions, the latter will loudly proclaim that men should stay out of such ‘decisions.’ Yet when it comes to female genital mutilation that now regularly occurs in America, they say nothing. They say little to condemn honor killings. Muslims raping ‘infidels’? The same silence. Condemnation is reserved for white males and Christians.

The Democrats can’t have it both ways. Their love of diversity also means they love divisiveness. The Balkanization of culture in America does not bring about harmony. When people can’t communicate with each other due to vast cultural and linguistic differences, it brings mistrust, crime, and the destruction of our Republic. Which is apparently what the Democrats want.

BANNED ON FACEBOOK Truth is the New Hate Speech