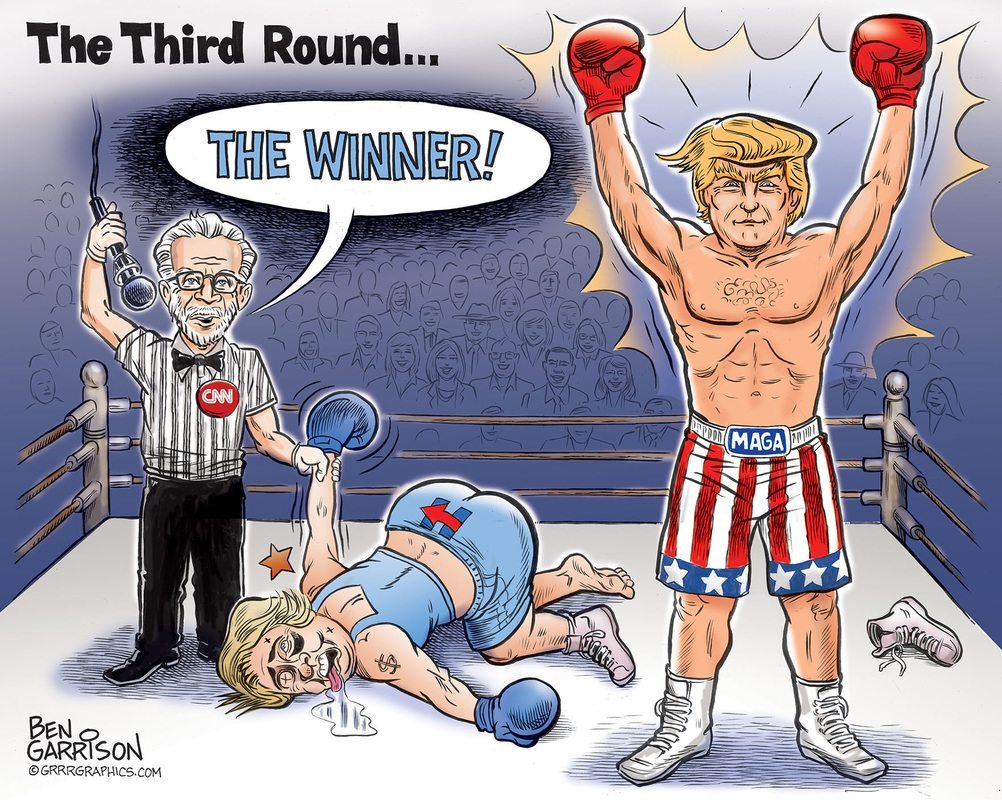 The third debate was more of the same. We heard the same lies and gas lighting by Hillary. She continued her tactic of putting on a fake, beaming smile whenever Trump pointed out her incompetence and criminality. She flashed her yellowing teeth because that’s what sociopaths do—they put on giant smiles in order to confuse, distract and deflect.

Trump clearly won the third debate, yet CNN claimed Hillary was the victor. In fact, they said she won all three. Sure, CNN. You’re gas lighting us, too. They also focused on ridiculous things such as his use of the word ‘hombre.’ It gave a chance for one of their left-leaning female hispanic commentators to predictably dance a tantrum. That’s what PC-oriented people do. They enjoy being scolds. They strut their outrage and gush hurt feelings over minuscule and silly things. The fact that Trump called Hillary ’nasty’ also triggered the SJWs on their panel.

It’s all theater. An act. What they do isn’t reasoned criticism or reporting. It’s propaganda. They’re all bought out by the elite. They shill for Hillary to make their bones.

They were mostly in a tizzy because Trump wouldn’t say he would support Hillary if she wins. They said it was ‘un-American.’ They don’t get to decide that. What’s un-American is 50 years of vote-rigging by Democrats.  Anyone remember Al Gore refusing to concede in 2000? In 2004 Kerry claimed Bush rigged the election.

What Trump did was correct a mistake he made in the first debate. With all the breaking news about Hillary’s plan to rig the election, it was smart of him to not instantly concede should Hillary win. After all, Soros owns a lot of the electronic voting machines. Her Democratic operatives will trot out illegals to vote for Hillary. They will bus people from state to state to vote for Hillary. People who are dead will magically cast ballots for Hillary. Trump ballots will be replaced by Hillary ballots. They’ll do what it takes to slant the election in her favor. After all, if the DNC rigged the primaries in favor of Hillary. She won’t hesitate to again rig things to give herself the presidency she has craved since she was in college. Rigging things is what she does. It’s who she is.