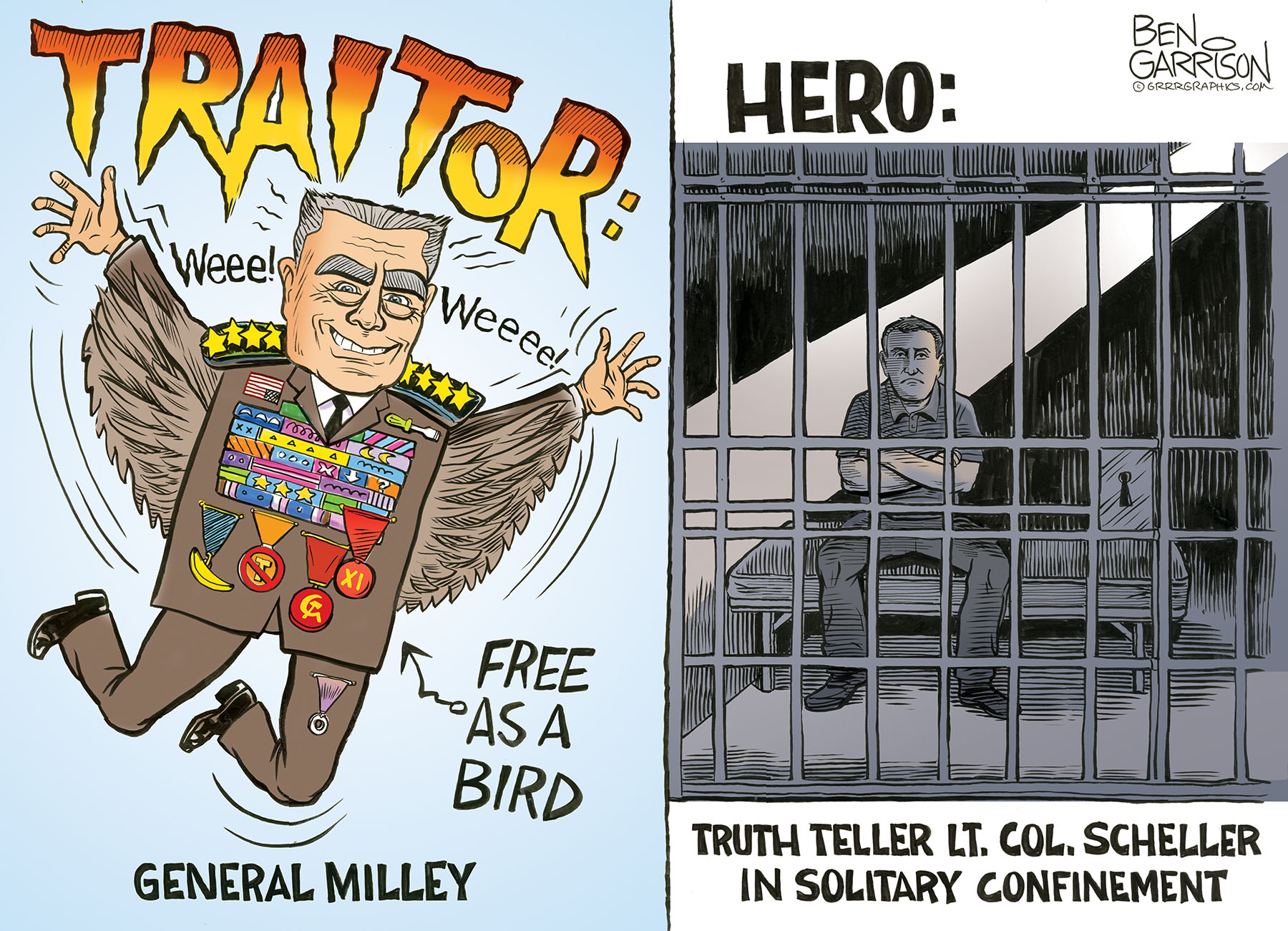 No One has resigned over the Afghanistan debacle- Hold them Accountable

UPDATE: Looks like Lt.COl. Scheller is a never Trumper and insults The President and MAGA Nation. After MAGA raised 2.3 million for his defense- Be careful who you donate to!

The anti-Trumper General Milley took it on his own to secretly relay info to our enemy. He took control of the nuclear football. That’s how much he hated President Trump. He should be arrested on the spot, but he remains free.

Meanwhile, a truth teller named Lt. Col. Scheller is in solitary confinement. This says a lot of about the current state of our country. Enemies of the US are rewarded while true patriots are punished.

This anti-American attitude is rife at the top circles and it can be laid at the feet of the demented traitor in-chief, Joe Biden, who said he was a globalist and not America First. Open borders Joe has been compromised by China. His son Hunter took giant bribes from the Communist Chinese. Hunter never severed these ties. The Chinese helped steal the election for Joe. Naturally Joe praises Milley instead of firing him.

What occurred to Scheller is similar to what used to happen in the Soviet Union. Anyone who questioned the leadership soon found himself in a gulag—or with a pistol at the back of the head.

We need to pressure the military into releasing Lt. Col. Scheller. He asked for accountability from senior military leaders. Instead, the cowardly traitors shut him up.