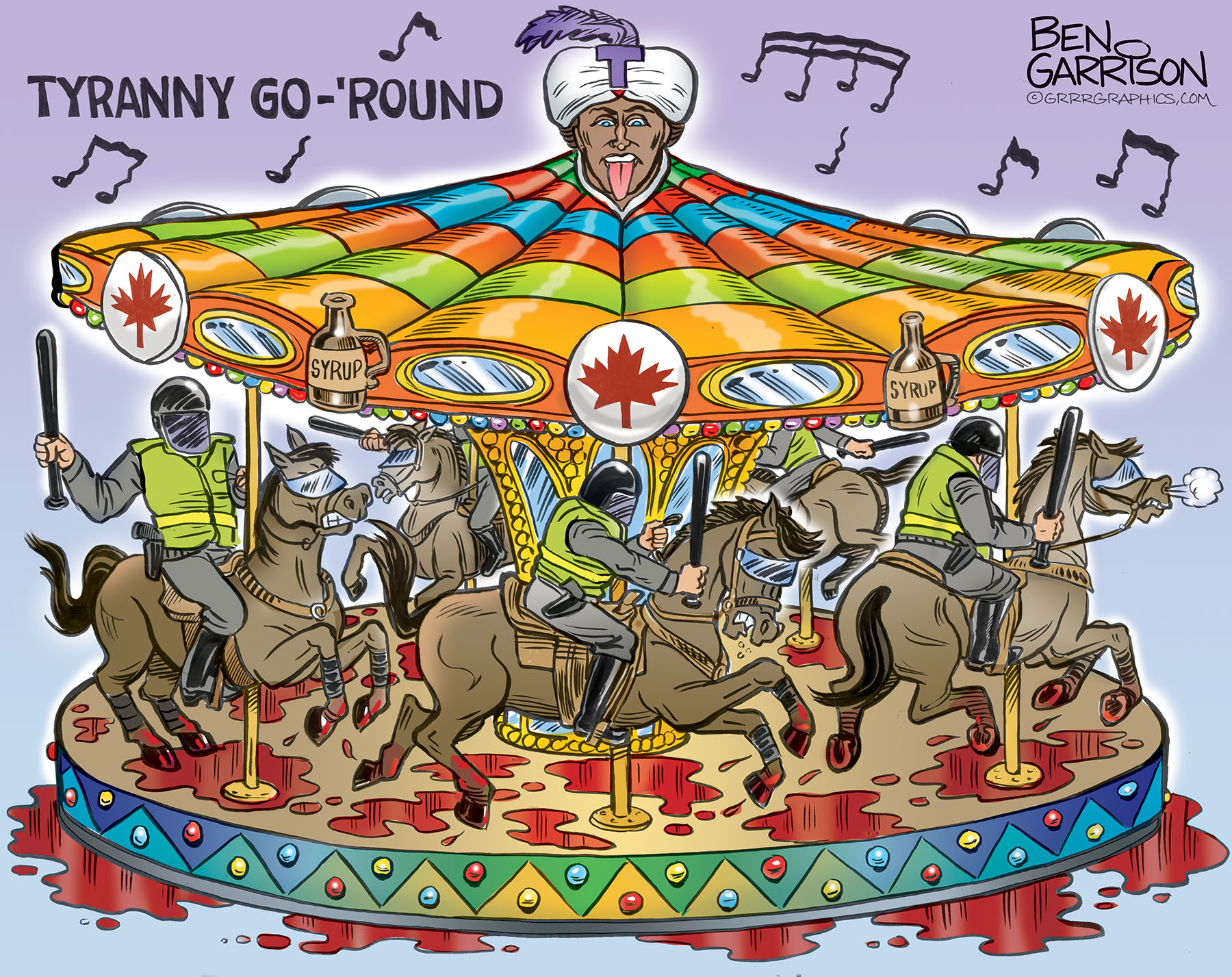 The world witnessed a gaudy display of force from Canada’s dictator, Justin Trudeau.

Anonymous police—some mounted on heavy horses—helped Canada’s Prime Minister get his way. Trudeau’s stormtroopers trampled an indigenous grandmother using a mobility walker. Other peaceful protesters were beaten with clubs and tear gassed.  The police may have been imported from the UN, we don’t know. Anonymous tow truck drivers with logos blocked out on their vehicles only underlined the fact that government prefers to remain unaccountable for their actions. Government prefers stealth over transparency. Citizens must cough up their papers and identification instantly upon government demand, while government protects their own identities. The truckers were shut down by anonymous forces, not their fellow citizens.

Brute force is the foundation of government even though they pretend to be the voice of the people. The story of a ‘free, western world’ has become a fairy tale. The people are many, but they are forced to do what a comparatively few in government demand. Vote them out? Canada’s election is no doubt as rigged as America’s. Besides, too many are running for political office only because they have been pre-approved by the globalists and the World Economic Forum. Klaus Schwab is calling the shots, not the wimpy, bastard son of Castro. Schwab likes the totalitarian gains he and the oligarchs have made. They want to consolidate their power.

Look for the freedom-loving truckers and their supporters to be methodically arrested and carted off to prison one by one. That’s what happened with the January 6 protestors in Washington D.C. So what do the people do about it? We can stop participating in our own demise. We must be willing to lose our jobs, bank accounts, and creature comforts in order to regain our freedom. An unreasonable and brutal Canadian government wants to inject citizens—by force–with an experimental gene therapy drug and then track them with vaccine passports before those citizens can participate in society. They will never regain freedom with submissiveness. No, that will only make government aggression worse. The globalists will invent new reasons for citizens to be injected. Remember, they want to cull humanity. They want us off ’their’ planet.

If we question the science pushed by the Davos crowd, we will face being silenced, banned, and possibly arrested for spreading ‘misinformation.’ This will get worse before it gets better. The tyranny go ‘round ride will never end until citizens stop it. If people don’t push back against the dictators, the latter will only become more emboldened. Let’s hope the remaining Canadian truckers go on a nationwide strike in order to force their tyrannical Prime Minister to rescind his vile mandate.

Trudeau wore black face in the past. Time to make him red-faced with anger. 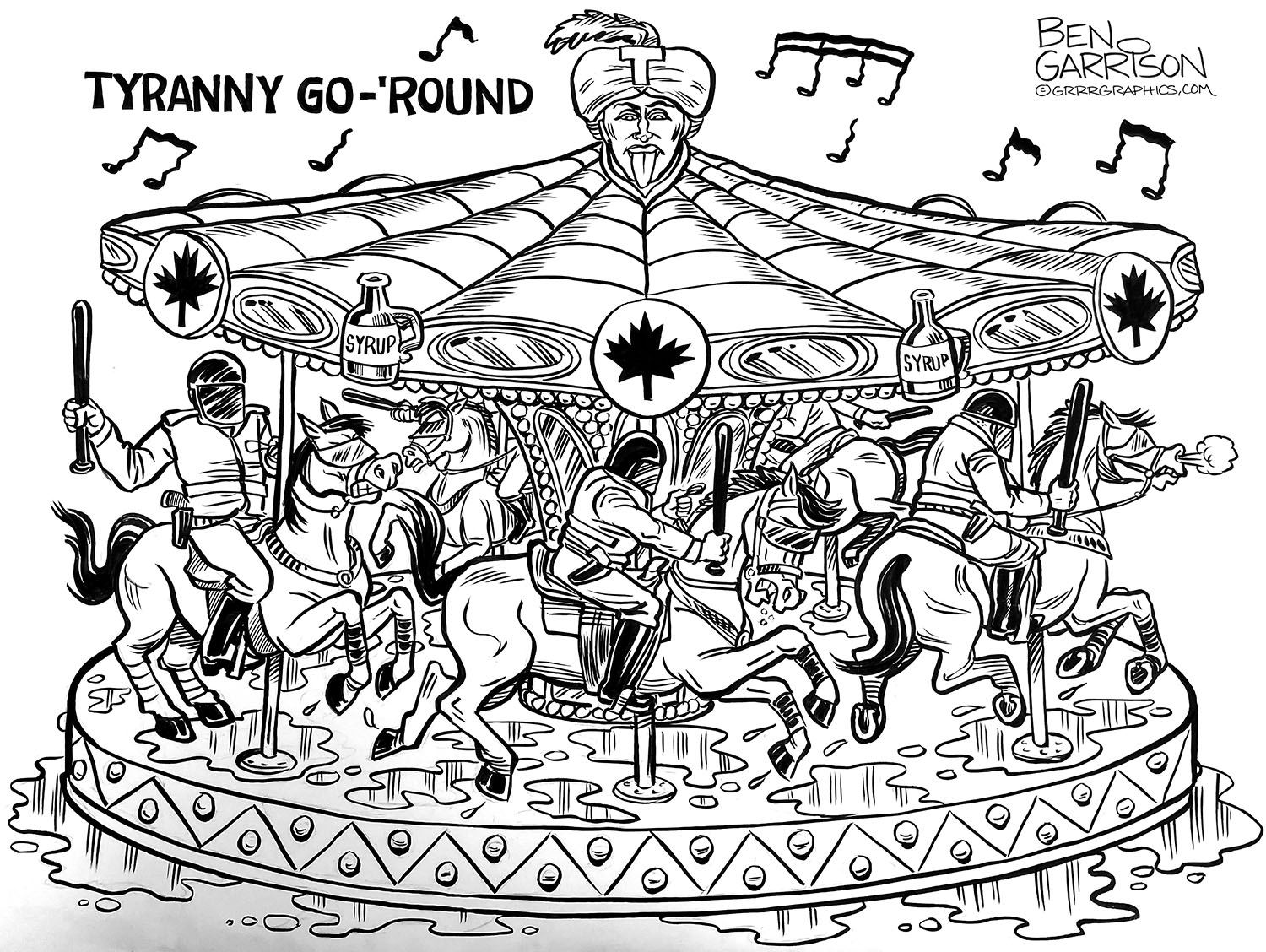