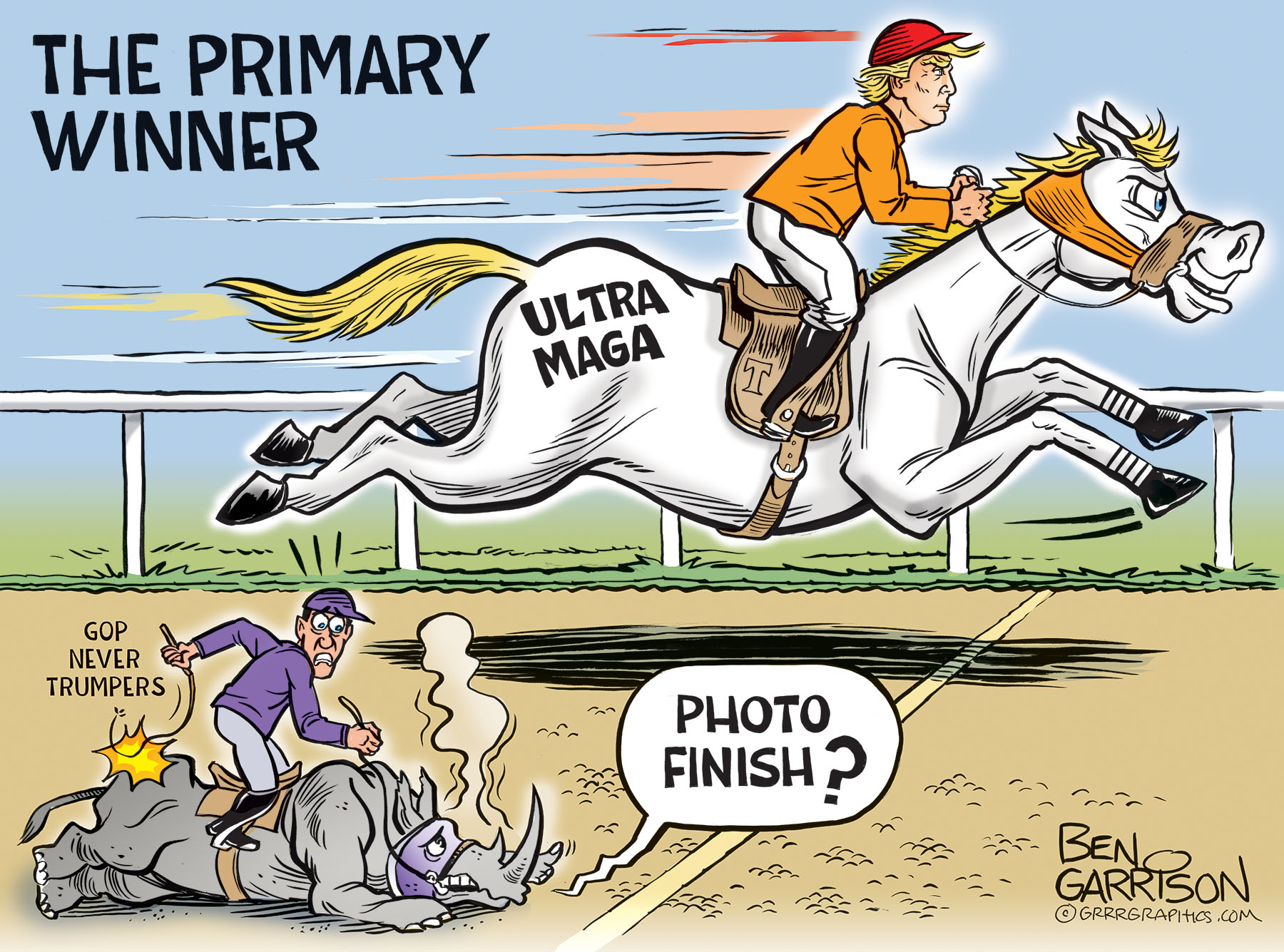 Trump Endorsements Gallop In For The Win

GOP primaries were recently completed in Arizona, Missouri, Michigan and Kansas. President Trump’s endorsements won the night. RINOs were sent packing. The establishment Republican leadership was given a black eye. The American people spoke loud and clear: They are done with Uni-Party politicians. They want change and they want America first leaders. The days of RINOs such as Mitt Romney and John McCain are fading away. In fact, it would be more appropriate to call the RINOs “dinosaurs” because they are about to become extinct.

Mitch McConnell is more of a turtle than dinosaur, but the backstabber made a prediction. He said the Democrats will not lose the Senate after the midterms. Apparently he hates Trump candidates so much that he’d rather work alongside those Democrats. McConnell is part of the Uni Party.

Blake Masters and Kari Lake both won in Arizona. They are both Ultra-MAGA warriors endorsed by President Trump. Keep your eye on these two, they will be worth watching as they charge towards the front lines in November.

President Trump has a winning strategy with his endorsements. He has worked tirelessly at stumping for a stellar stable of MAGA candidates. Trump is a stable genius! If Trump’s endorsements were horses, they would be thoroughbreds. (Dr. Oz is the exception).

The American people want Trump. They also want MAGA candidates endorsed by Trump and they will not settle for anything less. A brand new ‘Turning Point USA’ student action summit straw poll gave Trump a staggering 78.7 percent of the potential vote in a primary race.

President Trump is endorsing MAGA candidates who have made election integrity their top priority. According to a recent survey from Rasmussen Reports, 83 percent of all likely U.S. voters today are concerned about election integrity—and with good reason.

Without fair and secure elections our country cannot be free.

The 2022 midterms are just the first step to taking back the country and restoring freedom to all.