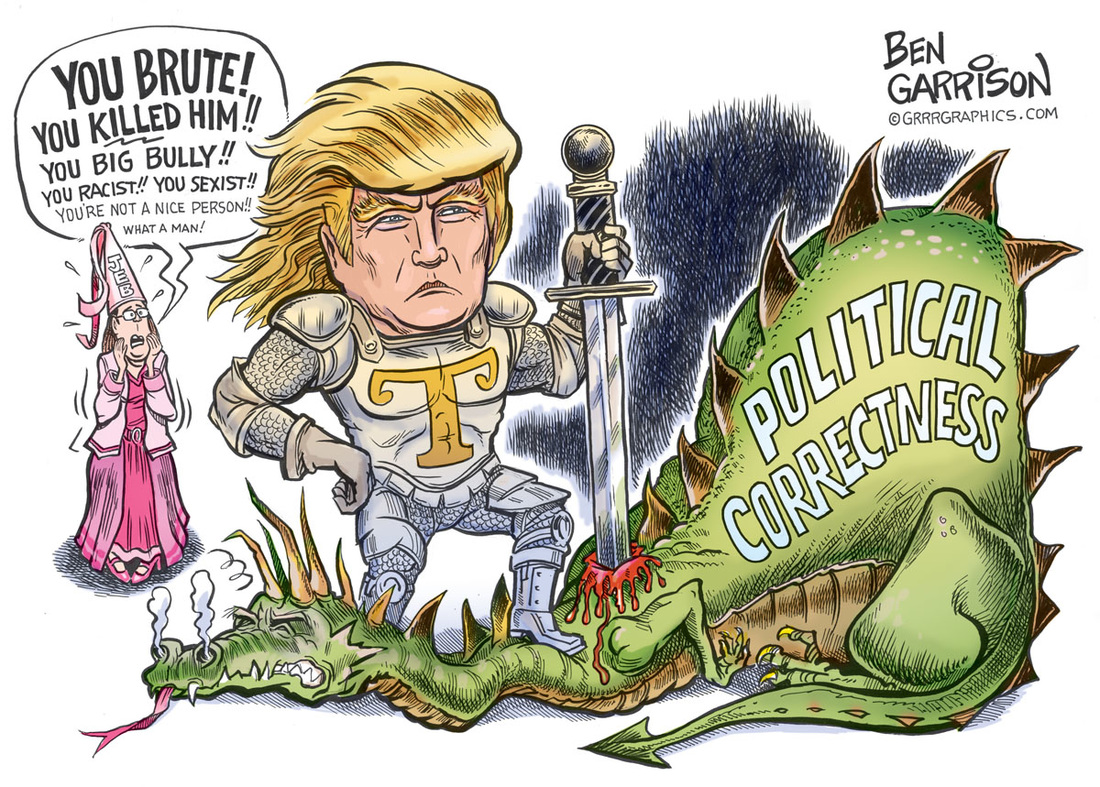 One of the reasons for Donald Trump’s popularity is he speaks from the heart and not a teleprompter.

He doesn’t need a script and he’s not afraid to speak bluntly. Most of all, he’s not afraid of ‘political correctness.’ He’s not afraid to say “Merry Christmas” or call illegal immigration ‘illegal.’ He’s for respecting our laws, which includes closing down the currently wide-open borders. For that he’s called a nut and a racist and a hater and all sorts of things. He doesn’t care.

For too long we’ve been subjected to cynical, pre-packaged political robots who are installed to further the agenda of globalists at the top. They buy out and own the politicians.

Well, Trump can’t be bought out. He’s already rich. Lobbyists will not be able to control him. Personal scandals? He’s fearless. His life is already an open book. We know about his marriages and affairs and it doesn’t matter. Because instead of walking delicately on politically correct eggshells, he fearlessly stomps his feet and says “Enough!”

He wants to stop exporting jobs overseas. He wants to stop making crappy deals such as the one Obama and Kerry just made with Iran—a deal that didn’t even return American captives. A deal that allows Iran to do their own inspecting. Deals where we give our leverage away for nothing while giving billions back to a country bent on hating America and destroying Israel. I doubt Trump would have made that deal.

​Trump is used to dealing and getting things done. Telling blunt truths is apparently not politically correct in either party, but so be it.

Many Americans find Trump’s approach to be very refreshing—including me!