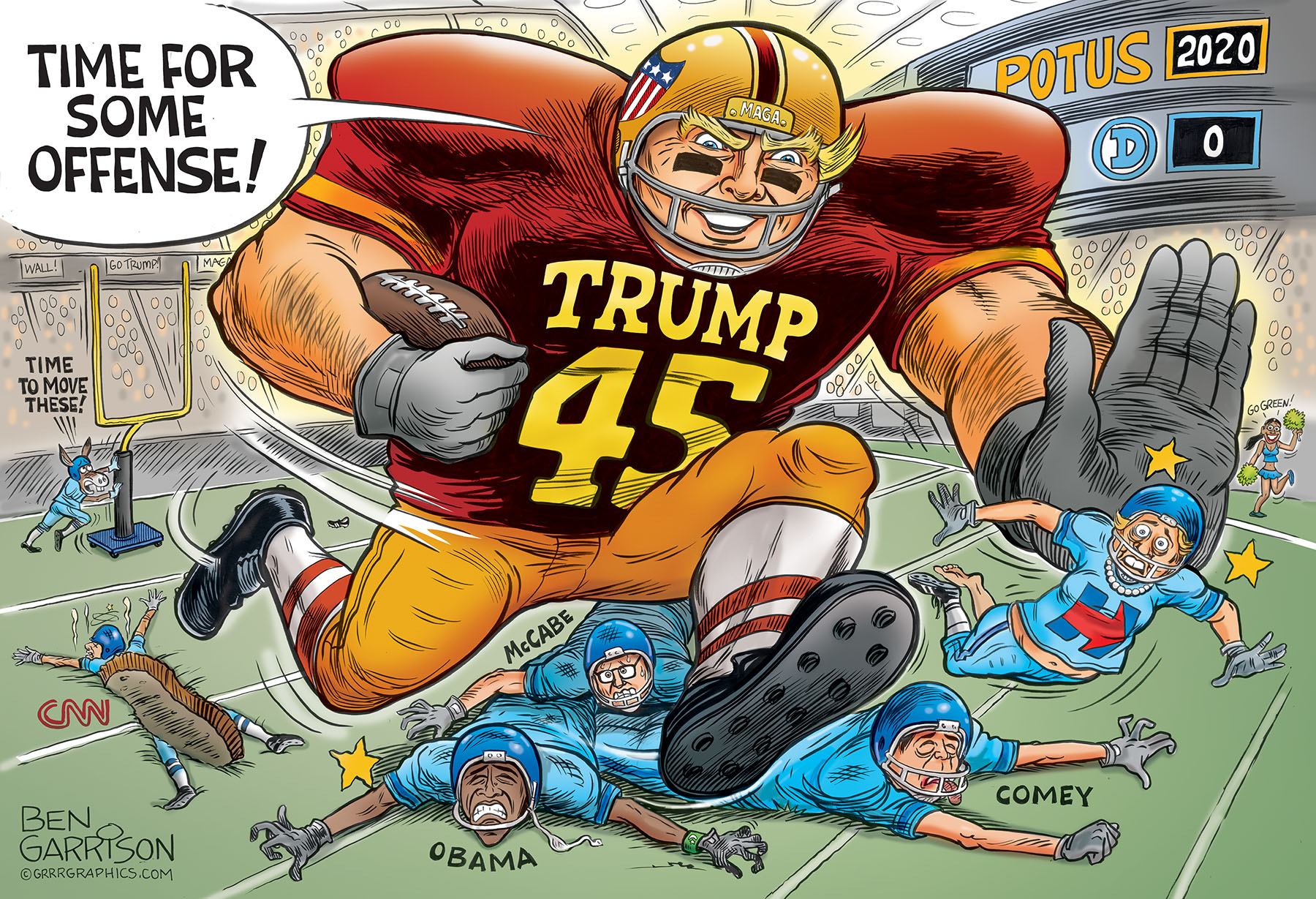 Halftime is over and now it’s time to play Offense!

President Trump has gone through almost three years of constant harassment by the Democrats and the Fake New media.

Robert Mueller has released his report. The findings are No Collusion and no obstruction of justice.  The Fake News and the Democrats could not believe their ears, this report is what they pinned all their hopes of Impeachment and seeing Trump marched out of office.  This was not the ending they had hoped and prayed, doing everything in their power to claim collusion is real but to no avail.

The Democrats refuse to accept this reality. Nadler is insisting there is collusion and will keep investigating until he finds “something”.
Pencil-neck Adam Schiff is demanding Trump’s bank records. Rep. Neal sent a letter to the IRS demanding  Trump’s tax records from 2013 to 2018.  Special Counsel Robert Mueller concluded his Russia investigation and confirmed Trump’s camp never conspired with the Kremlin during the 2016 election, but the House Dems won’t stop harassing the President.

Like President Trump said, “Two can play at that game.”

It’s time to unmask the Democrats and the Deep State Swamp dwellers and reveal how they have been running over our Constitution and our rights. Spineless Swampy Republicans are neck deep in the muck and the whole congress needs to be flushed out.

Return the power to the American people, the hard working American citizens. Power does not belong to the Deep State, the Big Pharma lobbyists and the elites who claim they have the “moral authority” to tell us how to live, what to drive and what to eat.

The Democrats may try a “hail Mary”, but the game is already won and they don’t know it!

Are you ready for some big scores?