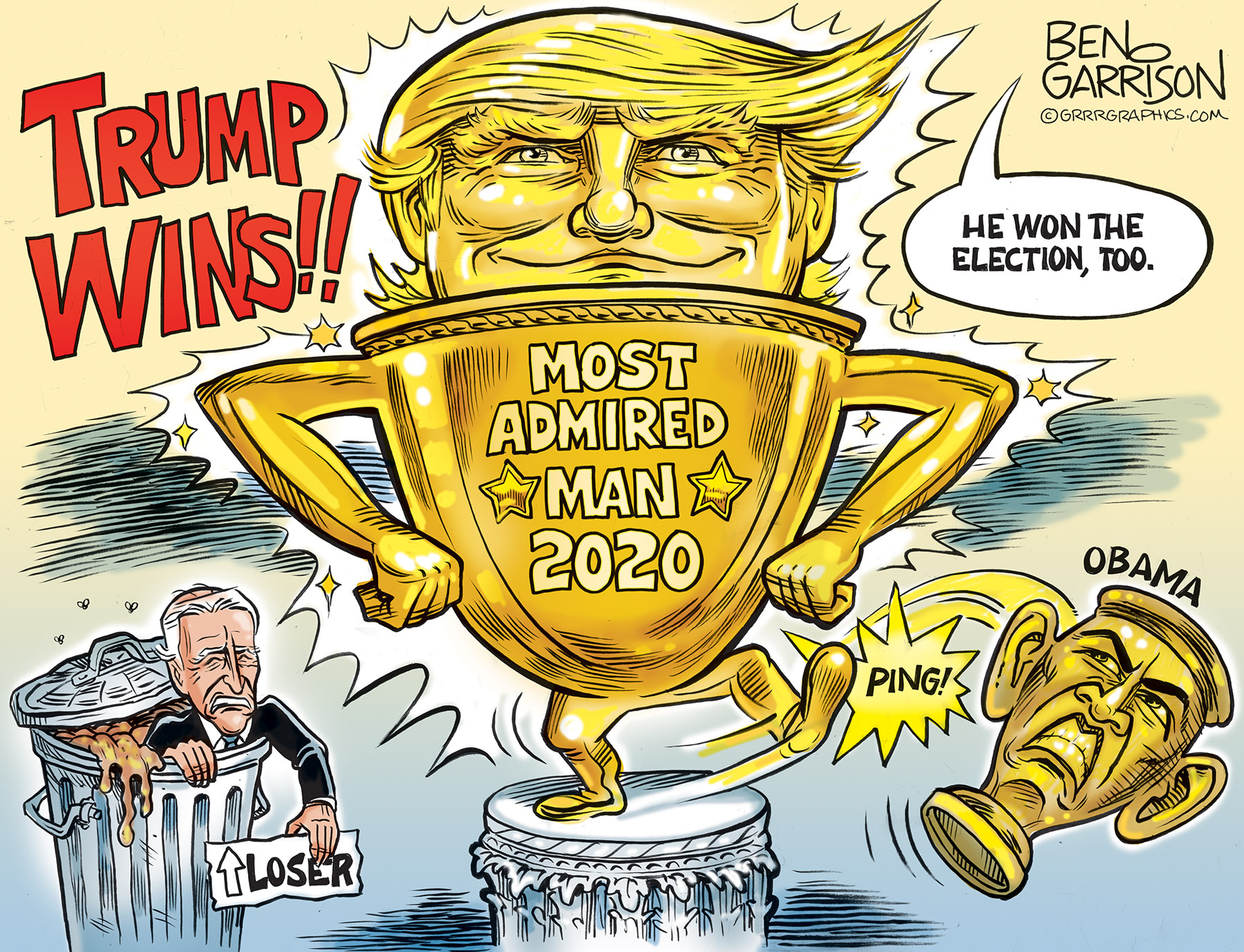 Tina asked me to consider drawing a cartoon about Trump winning the ‘Americans’ most-admired man for 2020’ survey conducted by Gallup. At first I dismissed her suggestion, but then I considered this: For over a decade Obama has routinely won the title. Trump kicked Barack off of his pedestal.

One would expected Joe Biden to top the list, but he garnered a mere 6 percent. How can this be? Biden actually eclipsed Obama’s performance when it came to raking in votes in key states. Obama used to draw big crowds and fainting ladies. Trump attracted huge crowds. Biden never did. He attracted a few dozen people to his rallies, but mostly he stayed in his basement, isolated. Sleepy Joe did not inspire anyone. Very few saw him as admirable, yet he won the presidential race?

Become A Patron and get an early sneak peek at Cartoons before public release! See you at Patreon Click to Join

The most-admired victory only underlines the fact that our election was stolen. Trump won in a landslide. It’s time for him to take back what is his.